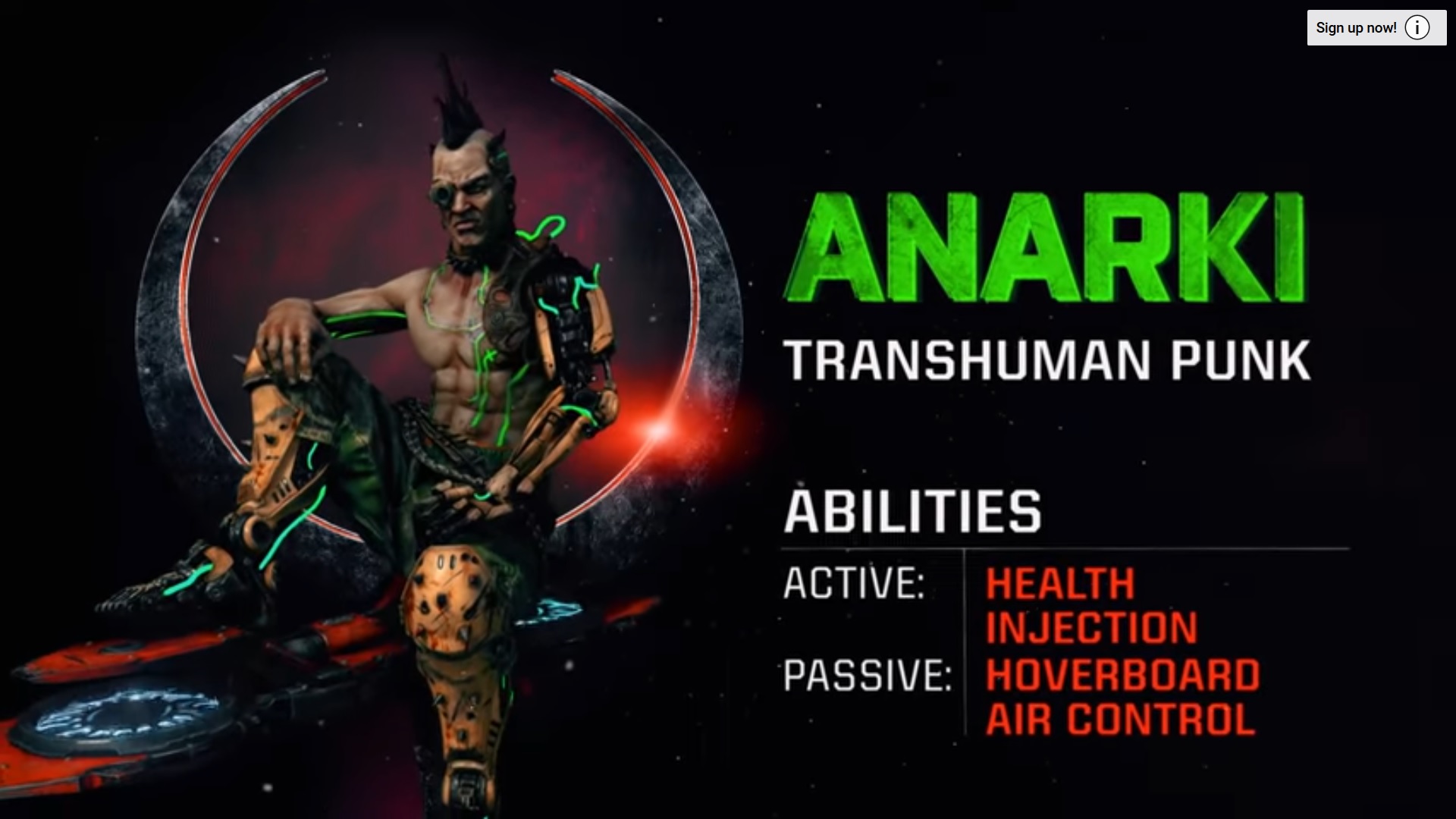 For anyone still interested in the different “champions” in the upcoming Quake Champions, Bethesda has released a new trailer that goes over Anarki’s abilities. Anarki was actually in Quake III Arena, so he should be familiar to any old-school fans.

What is more important is that the closed beta for Quake Champions will begin on April 6. I’m not sure why the beta is starting on a Thursday, but that doesn’t matter; you still have a week to sign-up if you’re interested.

My impressions with the beta at PAX East weren’t exactly bright, but there is still hope that the upcoming beta period can see id Software tweak the game to be better. I will always have a fondness for the Quake name, so I wish them the best with Champions.