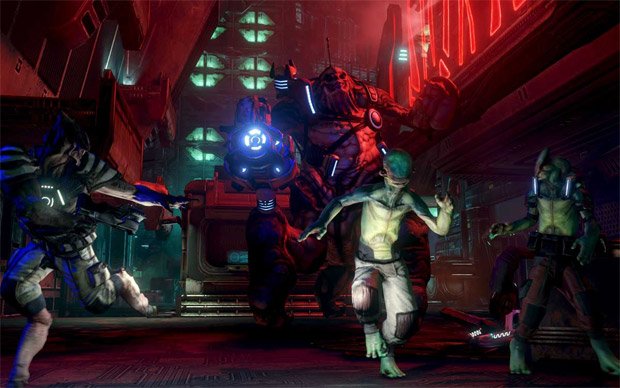 ‘When we have more info on it, we?ll be happy to talk about it’

Whatever is holding up development on Prey 2, the simple truth remains: we aren’t able to play it. And for a game that showed so well, publicly, that sucks. Offering the latest update to IGN, Bethesda VP of PR and marketing Pete Hines says it’s been frustrating for all parties involved.

“We spent a lot of time and money and effort trying to make this thing happen and support folks,” he continued, “but at the same time, you just can’t keep throwing money at it and saying, ‘Sure, it’ll eventually work.’ You have to have the discipline to say, ‘It’s not good enough. It’s not hitting the quality bar. Why isn’t it? We’ve been at this for a while, and what we have is not what we talked about.’ So that’s where we are.”

On the bright side, I’m so numb to the bad news over Prey 2 that this isn’t the least bit surprising. Commenting on the rumors from the development side, Hines said that “I think all of the stuff that you’ve heard at this point has been from one side of this, and it’s been somebody putting spin on it, like, ‘Here’s what happened.’ No, that’s your version of what you think happened. I haven’t heard from anybody yet that actually sat in the room.”