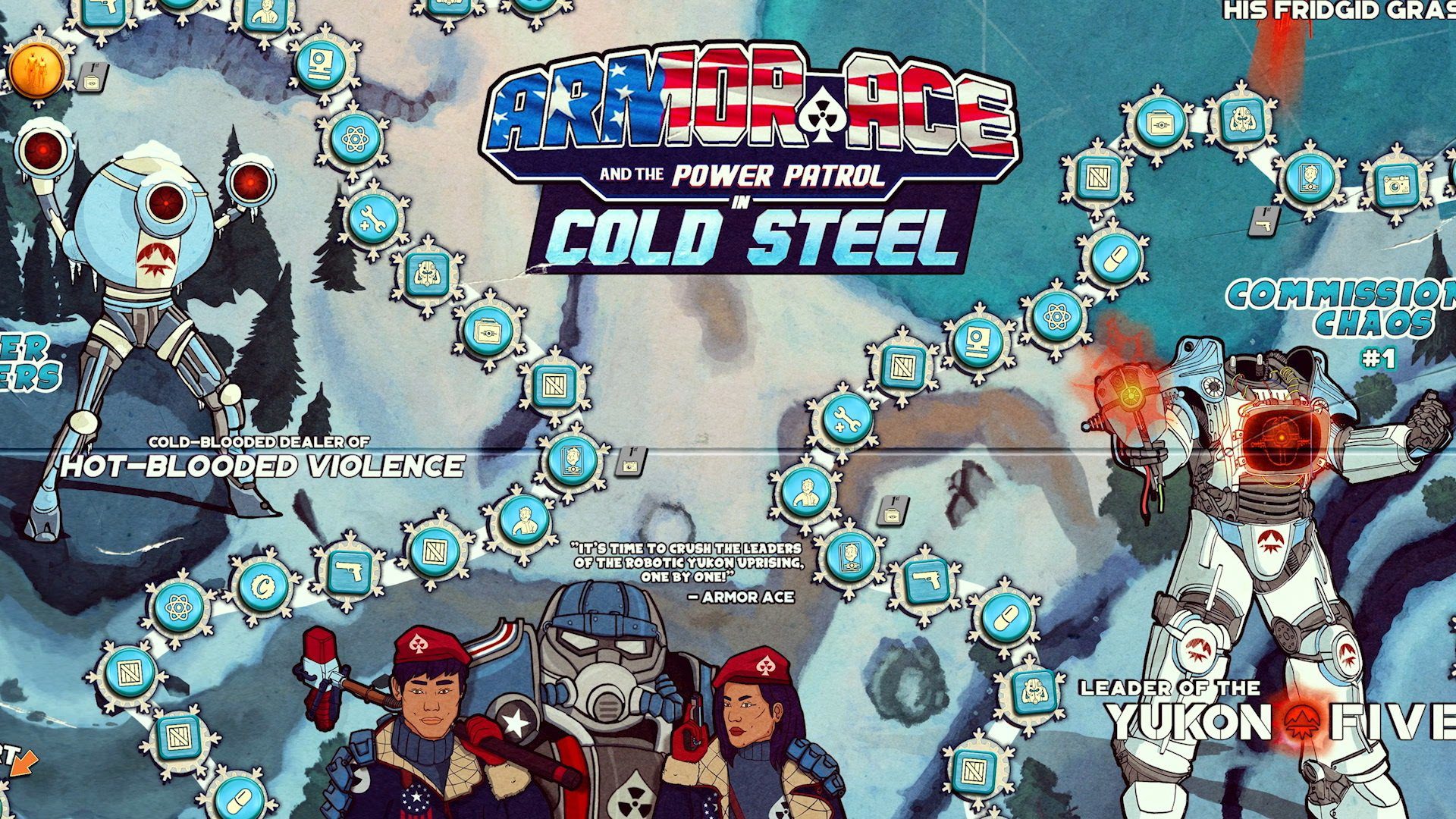 It starts on April 27

The big news in Fallout 76 is the impending release of the “Locked and Loaded” update, which brings in a ton of quality of life upgrades for Daily Ops, among other facets of the game.

But it’s also heralding a brand new season: one of Bethesda’s many monetization tools for Fallout 76. We’re up to Season 4 now, and it’s called “Armor Ace and the Power Patrol in Cold Steel,” going along with the classic sci-fi b-movie/’90s cheese feel of the older seasons. It’s a shame one of Fallout 76‘s most charismatic elements is locked behind a time-gated monetization system, but that’s more of a sign of the times than anything.

Anyway, Season 4 is happening on April 27, and will feature 100 ranks to climb, as well as mannequin rewards, power armor, weapon skins, CAMP objects, backpack flairs, badges, and a Nukashine. Oh, and a “carry weight booster” that lets you carry 50 extra pounds for 30 minutes. Yeah, the art team knocks it out of the park for seasons, but the monetization intent is scummy.

Oh, and Bethesda also just put out a new community calendar that’s a bit more immediate than the giant “end of 2021” infographic they released recently. In May the team is focusing on CAMP creations with an event every weekend, then the “Summer Heat” Moleminers focus, then the July Steel Reign 2 update that also has a big emphasis on legendary items and crafting.