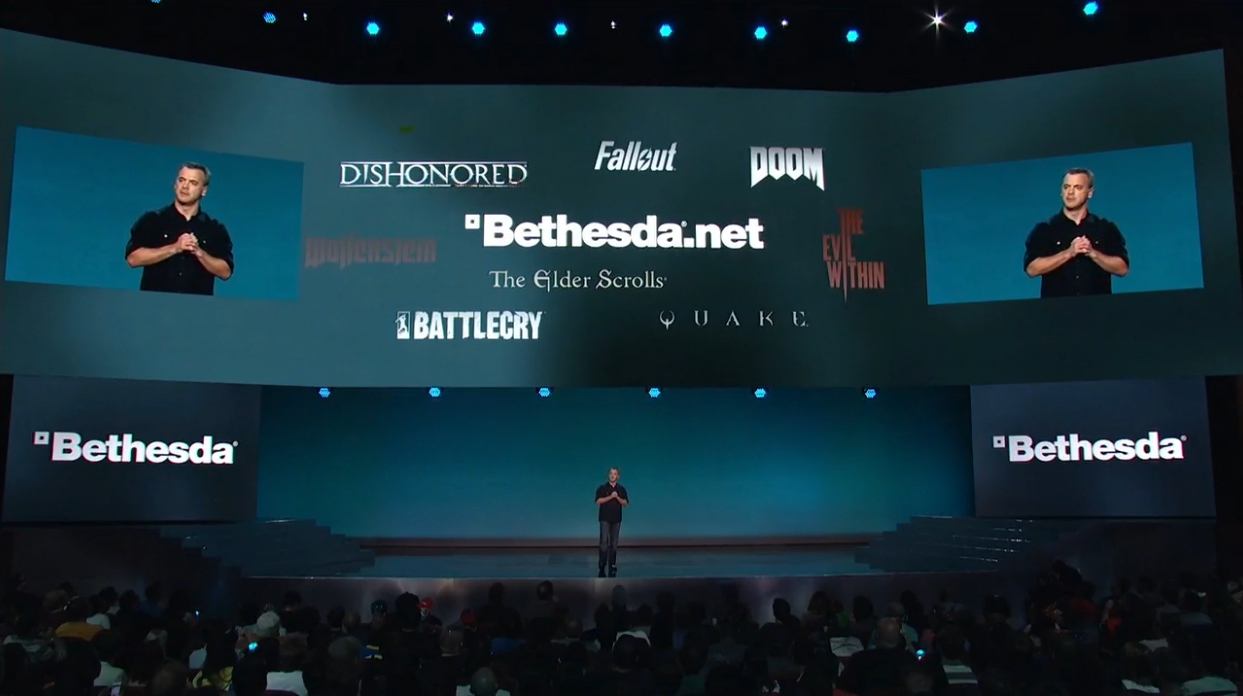 One place to rule them all

At Bethesda’s E3 press conference tonight, the publisher announced its new hub Bethesda.net (pronounced without a “dot”). The hub will handle all of Bethesda’s online games.

The list of games that will go through the centralized hub is shown above, including a lot of big names: Dishonored, Doom, Fallout, The Elder Scrolls, The Evil Within, Quake, Wolfenstein, and newcomer Battlecry.