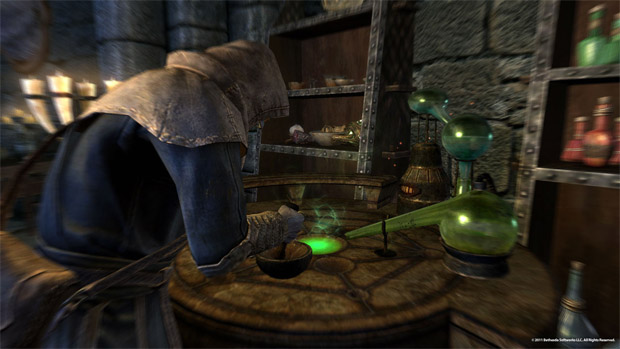 Bethesda Game Studios’ Todd Howard opened the 2012 D.I.C.E. Summit with his talk, titled “Why We Play, Why We Create.” During the keynote, he revealed a startling figure: the average play time for The Elder Scrolls V: Skyrim on Steam is 75 hours.

I didn’t catch the entire talk, but there was one part everyone is rightly excited about. After completing Skyrim, the team was allowed a week to work on whatever they wanted and put it in the game. The results are terrific, ranging from a Skeletal Butler to Kinect-enabled shouts to a giant mud crab.

Even if some of this content doesn’t go public directly from Bethesda, surely the community will be there to take on the job. More colossal enemies, please.