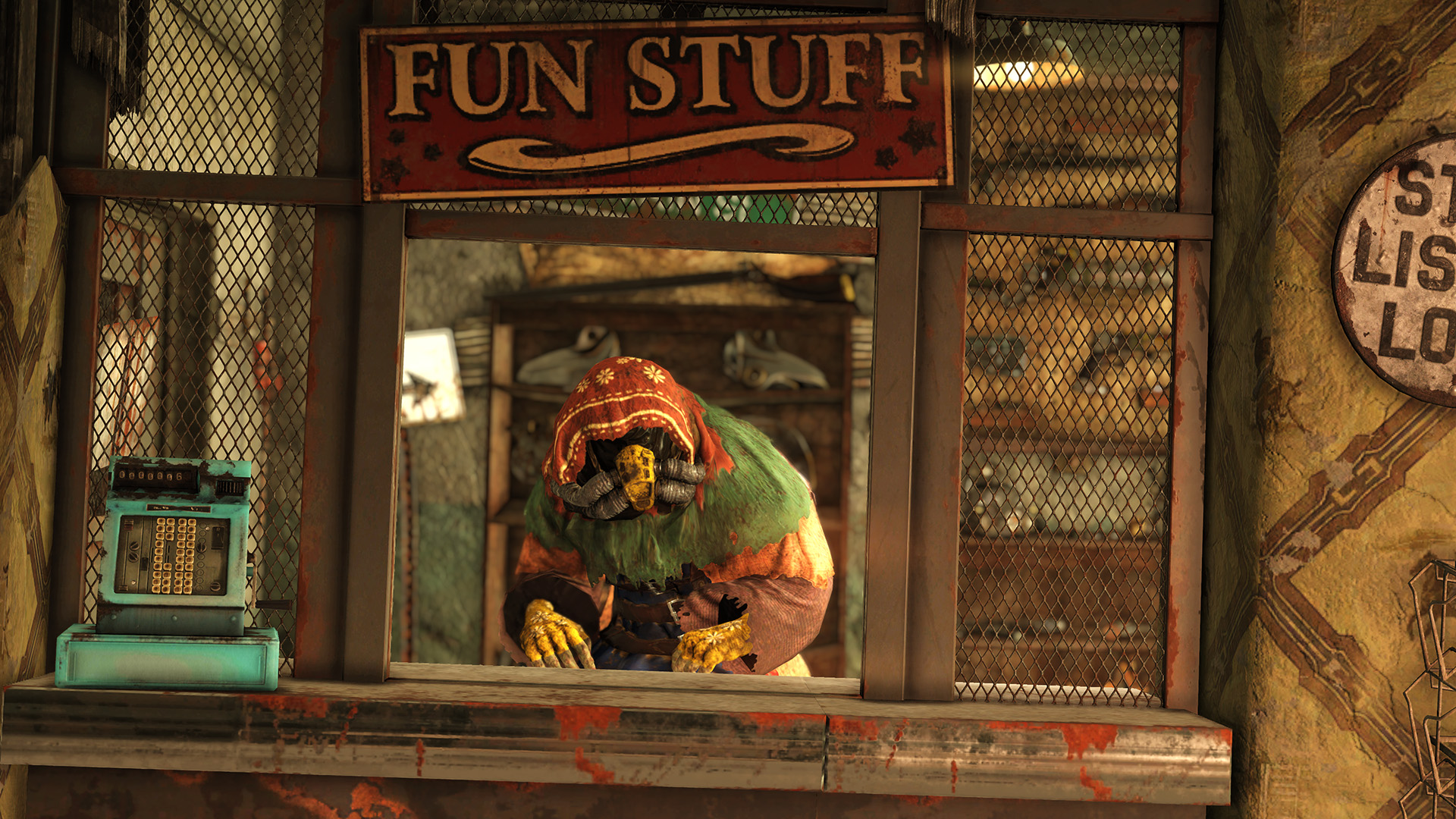 ‘She only deals in legendary items’

Bethesda is piling on the huge Fallout 76 updates, and this one adds a special Mudcrab Merchant vendor into the mix: The Purveyor.

This friendly Mole Miner is ready to dole out rare gifts so long as you have “legendary scrips,” a new type of in-game currency. The way they work is super simple and basically like any other looter shooter type game: you break down legendary items (in 76 you do it at exchange machines) and bam, you got yourself a scrip. You can get a vague look at what she’ll sell below.

The train station at Berkeley Springs will house The Purveyor once she arrives on May 16: that’s a whole week earlier than Bethesda intended to add her into the mix. From there Bethesda will shoot into patch 9.5 to continue the Wild Appalachia run on May 21. After that the Nuclear Winter major free summer update hits, which supports a new game mode, “high level vault raids” and more features.

If you haven’t been following Fallout 76, Bethesda scrambled to squash some huge bugs from November through February, then shifted to free content updates. Recent big upgrades include backpacks, display cases, the aforementioned legendary vendor, a photo mode (with a camera item and quests), more weekly challenges, and a separate PVP mode (survival). It’s all coming together slowly! I’m thrilled to see what 76 will look like by the end of the year: though none of us will ever forget how it launched.

Fallout 76: Inside the Vault [Bethesda.net]