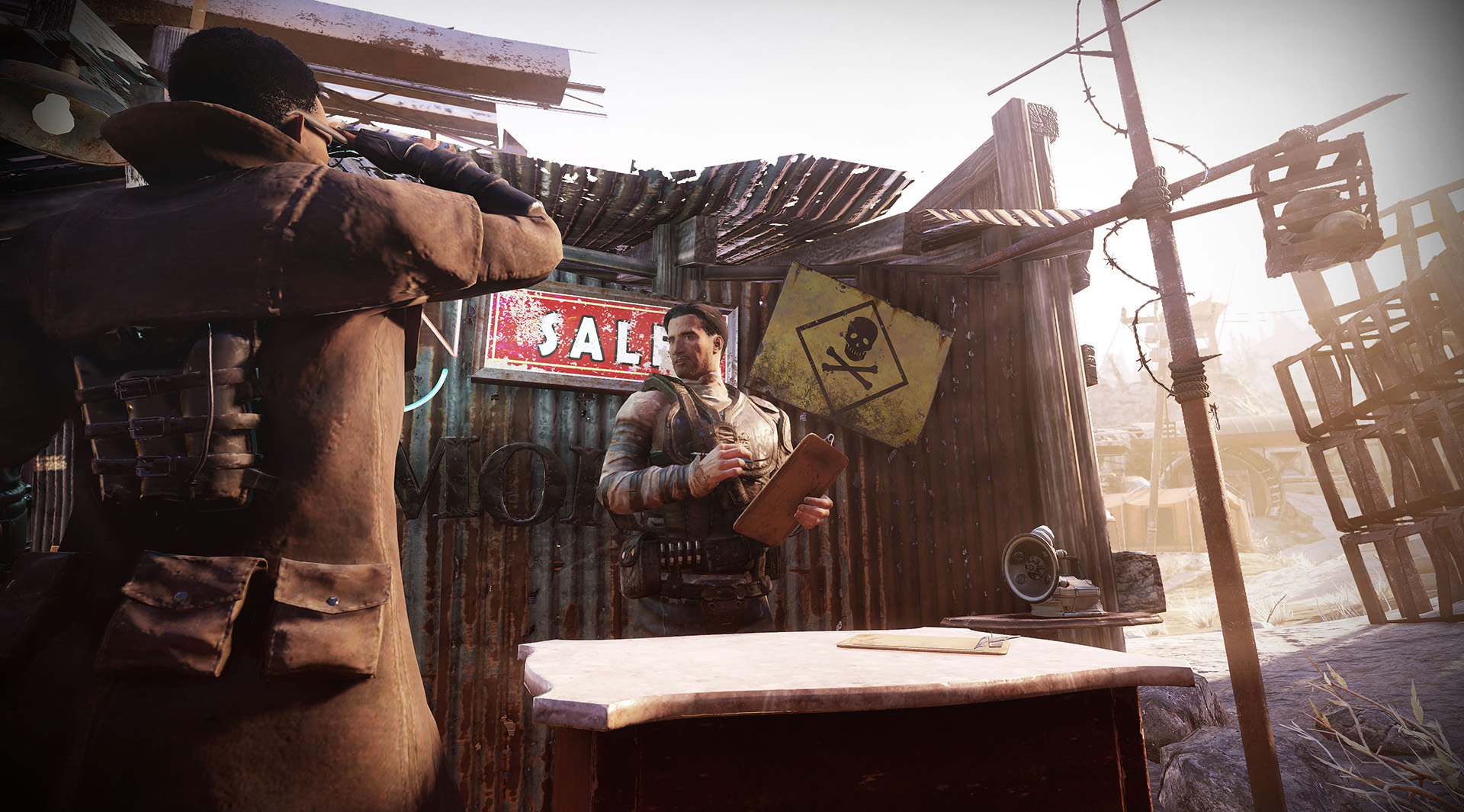 In case you forget (and why wouldn’t you, writing off Fallout 76 at launch was probably the smart thing to do), Bethesda is bringing more actual Fallout elements into 76 as part of the Wastelanders update, and they’ve been slowly drip-feeding them to us as development progresses.

Right now said free update is in the (NDA-ed) testing phase, but we’re getting a good look at the new reputation system by way of another blog entry. Wait a minute. You’re telling me, that Fallout 76, which built its name as an RPG series first and foremost under Interplay, is getting RPG elements?! Get out of town.

Like a lot of open world RPGs or MMOs, the reputation system will take you from an outsider into a known entity the more you interact with certain factions. There’s multiple ranks to work through (seven to be exact), by way of story quests (which provide a large XP boost) and dailies (smaller boosts). Yep, sounds very MMO-ey!

The more exciting concept is the idea of more vendors popping up as you finish more story quests: mostly because there’s an actual story this time around. We’ll see a lot more of this mechanic and a whole lot more as the Wastelanders trailer is set to arrive tomorrow.