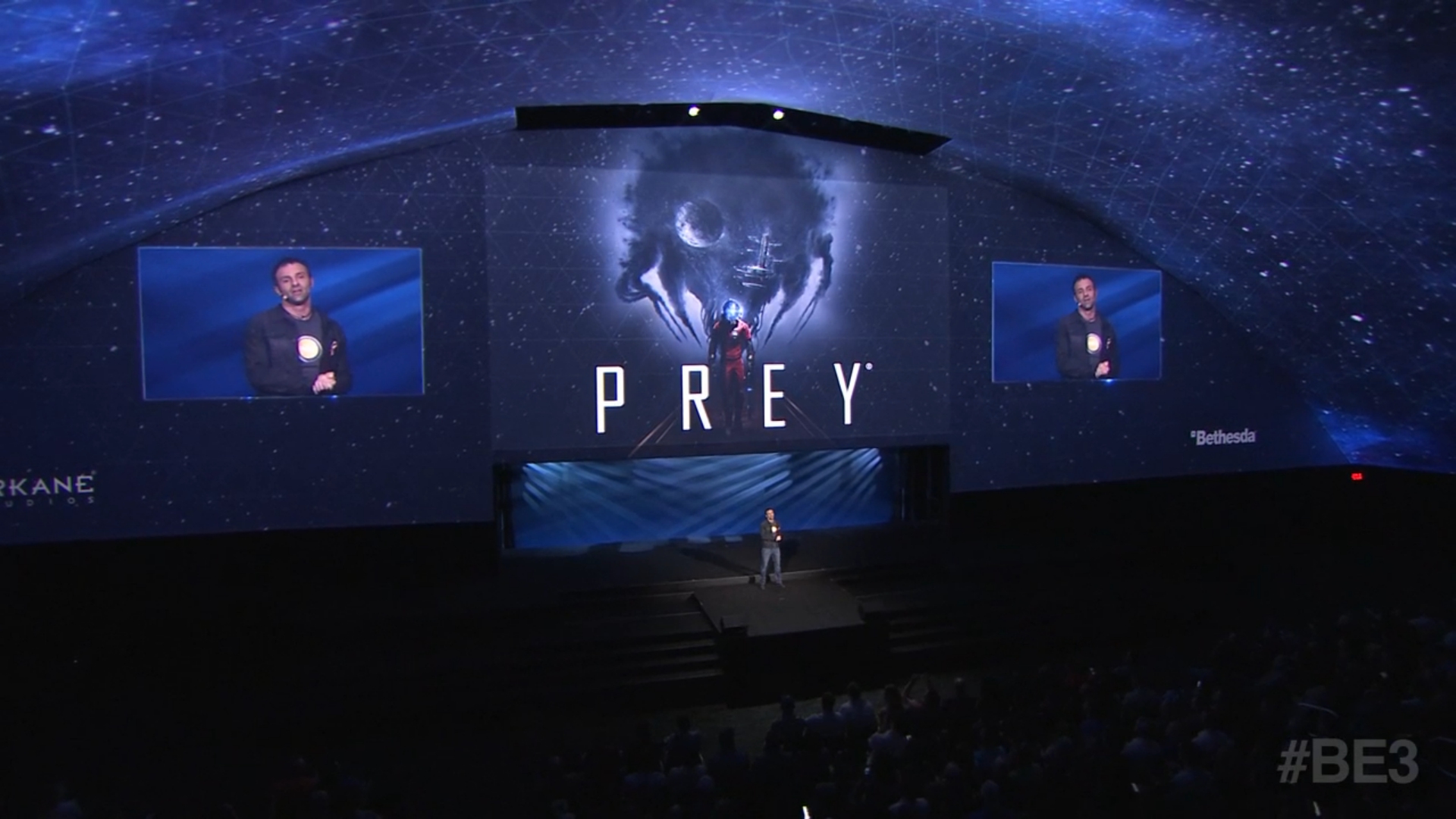 There were some rumors this would happen, and it looks like it has come to fruition. At its E3 showcase this evening, Bethesda announced Prey. Not Prey 2, just Prey. Maybe it’s a reboot? We’ll find out more at Quakecon.

The video showed a futuristic Groundhog Day, with the protagonist Morgan Yu waking up, checking out his nasty virtual reality-induced eye condition, and hearing the same radio broadcast over and over again. But then, there’s a lot more shooting here than I remember Bill Murray ever perpetrating.

Prey should release next year on PC, PlayStation 4, and Xbox One. You can find the Steam page here.