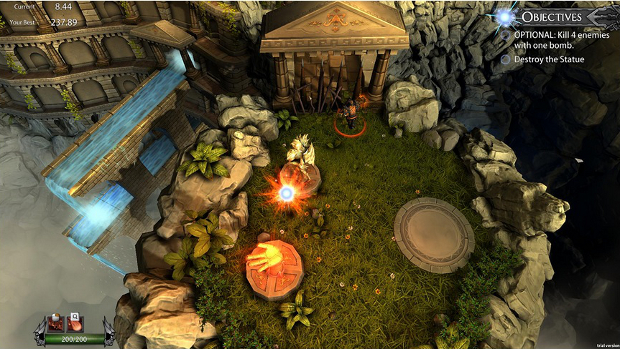 And loads of loot

Forced, BetaDwarf’s co-op arena title, might not have PvP, but that doesn’t mean that the spirit of competition can’t seep into it. To celebrate the game’s launch on October 24, the developer is hosting a tournament sponsored by the likes of Valve and Alienware between October 11 and 13.

It’s also a chance to check out the new survival arena, where the tournament will be played. Participants can tackle the arena on their own, or in groups of up to four for a chance to win a bunch of swag like SSDs, keyboards, headsets, and other peripherals as well as a copy of Forced itself.

If you feel up to the challenge, good luck.