I first heard about Bloodline Champions the same day I got an invite to the beta. I knew nothing about the game at the time, but was instantly mesmerized by the game’s aesthetic style. I loved the way the characters had been designed, and that was enough to get me interested.

I finally found time to give the beta a crack yesterday and wanted to share my first thoughts. 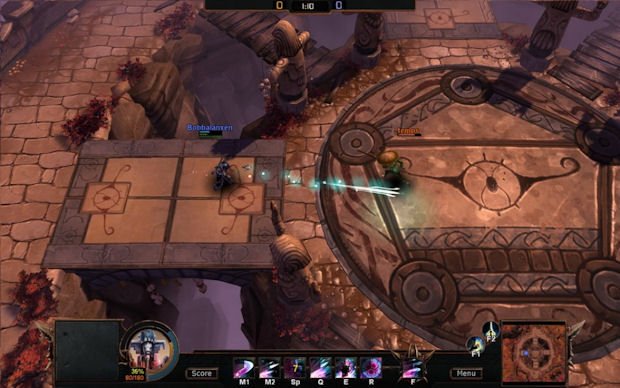 If you’ve not been following Bloodline Champions, it’s a Player vs. Player arena combat game that wears the skin of a top-down hack n’ slash RPG, except that it isn’t. Players don’t get to customize their characters with new skills and abilities, they don’t level up in the traditional sense to get more powerful and dominate opponents. The focus is supposed to be on strategy and skill, not grinding to gain the advantage.

There are sixteen classes in the game, each with wildly different abilities and roles on the battlefields. You have the ranged Igniter, who specializes in fireballs and other damaging projectiles, you have the Ranid Assassin, who deals in poison damage and swift close-quarters attacks, and there’s the Inhibitor, who specializes in weakening enemies before weighing in with damaging spells. 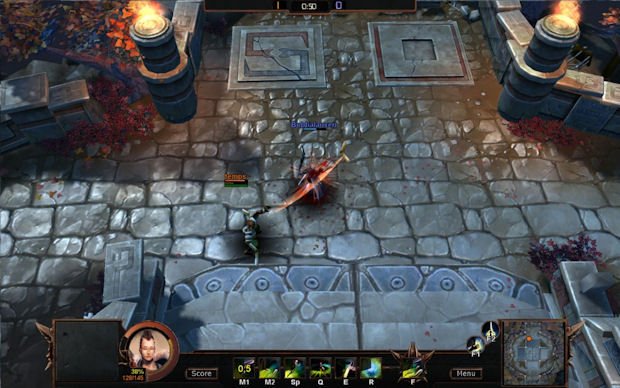 It’s immediately impressive just how unique and eccentric each of these classes are. While the sixteen characters can be broken into four traditional archetypes — Melee, Ranged, Healer and Tank — each one plays differently and has its own range of bizarre attacks. In a way, every single character is overpowered and bursting with ludicrous skills, but this is how the game finds balance.

Combat is exactly what you’d expect from a multiplayer hack n’ slash game — chaotic. Although various class combinations and strategies will supposedly win the day, very few matches actually seem to be about such things, from what I’ve played. Instead it’s a meatgrinder, as each team rushes the other and hammers keys until one team is left standing. While this is fun for a while, the game feels more like it’s about luck than skill, as enemies run around and beat on each other in a race to deplete their health bars.

The game controls fairly well, with all skills mapped closely to the movement keys. Learning what each key does, however, can only really be done on the job. Bloodline Champions throws you into the thick of things, with combat being the only way to practice and get used to characters. There’s no way to ease into this game, and first-time players will find themselves thrown in at the deep end and, most likely, annihilated by more advanced players. If you are lucky enough to find a low-level game, you’ll be able to take it slower, but many players may find the game impregnable. 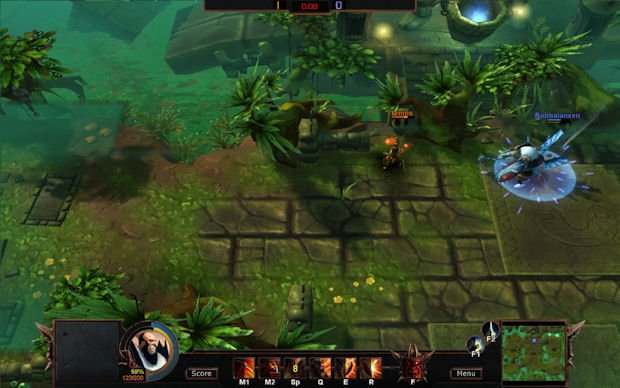 So far, I am liking the idea of Bloodline Champions. It looks absolutely terrific, with an amazing style utterly unique to itself, and the game itself is incredibly tight, with fun characters and cool combat. I do fear, however, that the game will get old rather quickly, especially given its propensity to turn into the exact same click frenzy every single time.

There is a huge amount of potential with the game and I think it will find itself a very dedicated fanbase. I’m looking forward to trying it out some more and getting used to its finer points, but I think it’ll have to pack in a bit more in order to keep a lot of gamers interested.