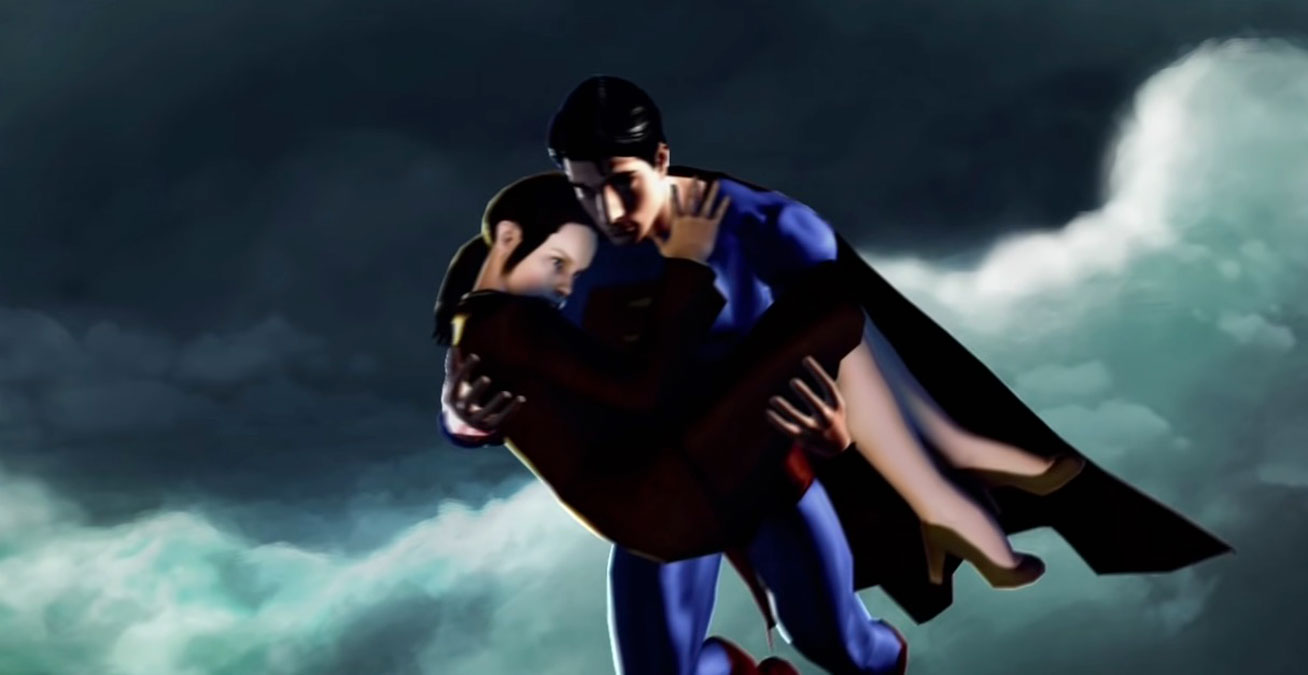 Smallville. Kal-El. The Man of Steel. Supes. The Last Son of Krypton. No matter how many different ways there are to say his name, there is only one Superman. Since his first appearance in Action Comics #1, Superman has delighted comic book fans and the public at large for more than 80 years, appearing in everything from movies to cartoons to radio serials, some of which were actually pretty good. He’s also shown up in a wide array of video games. Sadly, these games really aren’t worth playing. In fact, if you’re buying a game where Superman is the star, there’s a good chance you’ll come to regret that purchase within an hour of playing it. Developers can’t seem to crack the code for making a decent Superman game.

But that doesn’t mean there are no good games with Superman in them. In fact, Supes has found his way into a wide array of fun and exciting games. I’m sorry, did I say “wide array of fun and exciting games?” What I meant to type was an extremely narrow selection of decent to arguably great games. I don’t know why people keep searching for “Best Superman Games” on Google, but if they’re gonna keep searching, I might as well score some clicks with a listicle. 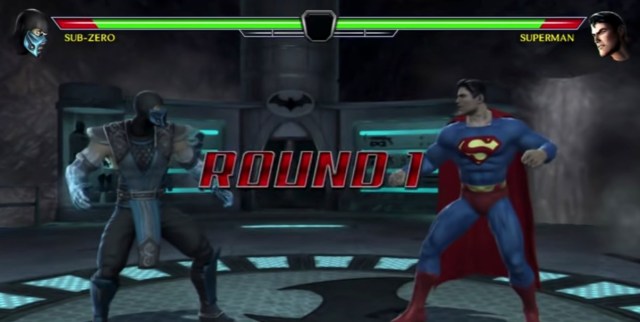 You know things aren’t going so well for ol’ Kal-El when the first game on this list belongs to a decidedly average fighter. Coming at the tail end of Mortal Kombat’s Midway Games era, MK vs. DC Universe brought the two brands together in a bulky and toned-down fighter that, to its credit, actually had a decent storyline that didn’t rely on something as boring as “Evil Superman.” After it retooled itself as NetherRealm Studios and rediscovered its love of 2D fighters, the DC fighting games out of this studio would get a lot better.

Perhaps better known as Honour of Kings (aka Strike of Kings), Arena of Valor was one of the biggest mobile games in China before it went global. To maximize the appeal of this mobile MOBA to western audiences, Arena of Valor brought in some familiar-looking playable characters from the DC Universe. Batman, Joker, Wonder Woman, Harley Quinn, and the Flash joined Superman on the Antares Battlefield, but their presence, along with a release on Nintendo Switch, wasn’t enough to make Arena of Valor a hit outside of China. Still, it was a pretty good MOBA.

During the GBA and Nintendo DS years, if you wanted a licensed property done right, you went to WayForward Technologies. The studio, now best known for its Shantae and River City Girls games, worked on everything from Looney Tunes to the Scorpion King. Sure, not everything it churned out was a hit, but it still had a better batting average than most other developers working on licensed games in that era.

Justice League Heroes: The Flash didn’t look like anything special, but it certainly played like it, with great isometric controls and creative use of The Flash’s signature speedster power. While you can’t play as Superman in this game, you can call him in for an assist should you find yourself in trouble, and for that, it makes the list. 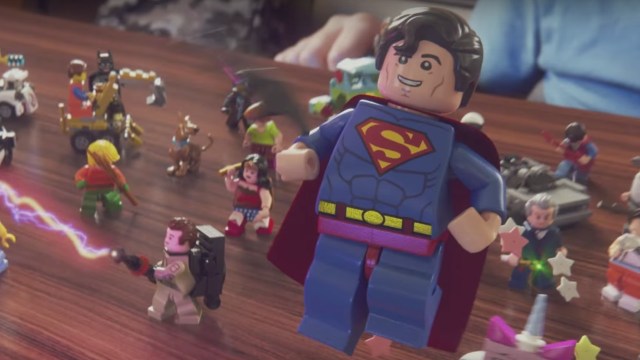 This ain’t the only LEGO game you’ll see on this list, but it is one of the better LEGO games Traveller’s Tales has made. The toys-to-life action-adventure game brought together a delicious mix of different movie, TV, and video game universes into one outstanding package. The base game included 14 levels, but by purchasing Packs that included real LEGO minifigures, you could extend the fun with new story campaigns, stages, or characters.

Batman is one of the three main protagonists of the game. If you wanted to play as Supes, you had to purchase the Superman Fun Pack, which included a Superman mini figure and Hover Pod. As brilliant of an idea as this was, LEGO Dimensions kicked the bucket in 2017 right as the toys-to-life market collapsed.

Developer 5th Cell struck gold in 2009 when it released the original Scribblenauts game for the Nintendo DS. The premise was simple: write the name of an object and that object will appear in the game. Want to see a helicopter? Type it in and you’ll be able to pilot it. Need a katana? Type it in and start swinging. The only limit players faced was their own imagination. Well, that and copyright restrictions. You couldn’t type “Superman from DC Comics” into the original game and expect to see the Man of Steel show up.

For that to happen, you’d have to wait until 2014, when Warner Bros. Games released Scribblenauts Unmasked: A DC Comics Adventure. Like the original Scribblenauts, the game tasked players with solving puzzles by summoning objects into the world. But this time, the world would be populated with DC Comics characters, including Superman. Sadly, 5th Cell would face a series of setbacks after the release of this game, and the next entry in the series, Scribblenauts Showdown, was created by a different developer.

It’s probably not a good sign when your high-profile subscription-based MMO goes free-to-play within the first year, but that’s exactly what happened with DC Universe Online. The game launched on the PS3 and PC in January 2011. By November, it was already removing the entrance fee for players. It seems that was the right thing to do because more than 10 years later, the game is still going strong, with new content being added regularly by the developers at Dimensional Ink Games.

The MMO lets players create their own hero or villain in the DC Universe, interacting with characters like Superman and Giganta. After completing everything in the main game, players can expand on their adventure with purchasable Episodes that introduce new stories and scenarios to experience. As for the gameplay, it’s pretty standard by MMO standards, but it’s still pretty cool being able to fulfill your childhood dream of being a superhero (or villain) alongside your favorites from DC. 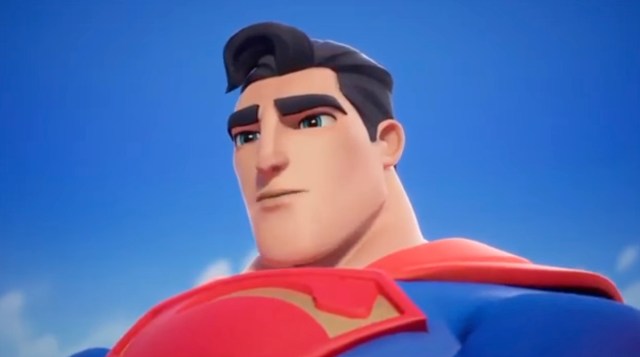 The newest game on this list is also one of the slickest fighters in recent years. MultiVersus–amazing name, by the way–brings together characters from various Warner Bros. properties in a party fighter that takes a few cues from Nintendo’s Super Smash Bros. series. Once you actually sit down with the game and begin to learn its quirks, you’ll come to find this isn’t some Smash clone but something all its own.

Superman was one of the first playable characters released for the game, originally classified as a Bruiser before being switched over to Tank. He’s a close-combat fighter with fists of steel that pairs well with characters who are faster and stronger but take damage more easily. In other words, a Superman/Harley Quinn combo is a good starting point for those just getting into the game. MultiVersus is still in its first year, and it’ll be fun to see what the future has in store for it.

I could have easily filled four spaces in this list with LEGO games. While Superman has not had his own brick-built outing, he has appeared in a few of the games that bring together the heroes and villains of the DC Universe. He first popped up in LEGO Batman 2 DC Super Heroes and returned for the sequel Beyond Gotham. While the villains were the stars of LEGO DC Super-Villains, you can unlock Supes and make good use of the game’s open-world design.

If you’ve played one LEGO game, you’ve pretty much played them all, but the LEGO Batman and LEGO DC games go above and beyond most of the other licensed LEGO titles with enjoyable-for-all-ages original stories and well-designed levels that make great use of the simplistic gameplay. If you have to start anywhere, start with LEGO Batman 2, as it’s arguably the cream of the crop.

If I wasn’t copping out with the #1 pick, these two games would be taking the top two spots. After NetherRealm Studios remembered how to make fun fighting games again with Mortal Kombat (2009), it dove back into the world of superheroes with Injustice: Gods Among Us. The game absolutely delivered for fans with its impeccable performance, controls, fighting system, and storyline that features an alternate universe where Superman rules as a dictator.

It was easily the best DC fighting game ever created…until its sequel launched in 2017. Injustice 2 continued the storyline of the first game while adding more characters from Superman’s circle, including Supergirl. Unfortunately, it also added loot boxes and terrible microtransactions. Hopefully, a possible third Injustice title will leave all that extra junk out of it.

Why is this at #1 when it’s not even a real game? Because Superman Style Flight Experience, aka the Superman Mod for the Matrix Awakens demo, represents exactly what Superman stands for: Hope. Hope for a better tomorrow, when some developer will actually figure out how to give players a great Superman game. The mod is a wonderful slice of the full “Superman” experience, letting you don blue and red tights (but not the copyrighted blue and red tights) as you zoom around the city.

It may be nothing more than a proof of concept, but for me, it’s proof that maybe, just maybe, technology has finally reached the point where developers will be able to create an authentic Superman experience without the usual shenanigans they feel they have to pull to make Superman not so much of an unkillable god.

We’ve heard rumors for years that a new Superman game was in the works, from the canceled Blue Steel prototype to a Rocksteady Game that was reportedly rejected by Warner Bros. But with this demo showing what is now possible with the power of Unreal Engine 5, now is the time for some capable studio to take another crack at it. I mean, whatever they create couldn’t be worse than Superman 64, could it?