You already know what we think about releases this year, and you’ll know our Game of the Year pick soon enough. But, what about game developers? You know, the people that actually matter in this industry.

Not many game developers have the time to respond to a press email, not to mention play more than five games in a given year. Nevertheless, we brought together some of our friends and favorite developers and asked them to gush about their five favorite games and videogame-related things of 2011.

These are the five reasons you’ll have to wait a couple extra months for their next project. 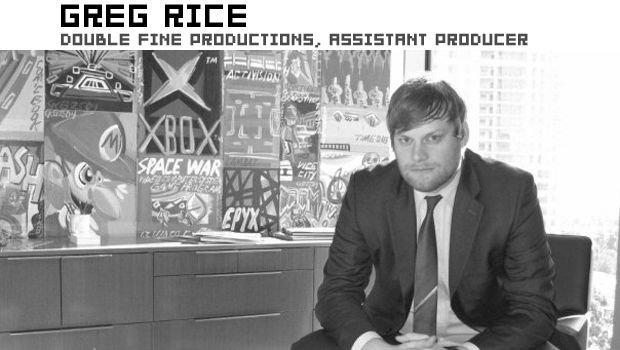 Between the Bastion launch party, Gaijin Games’ barbeques, and Tiff Chow’s Fourth of July extravaganza, I think Joust has officially taken over more parties than any game I’ve ever played.  It’s truly the best use of the Move controller I’ve seen and is one of the very best multiplayer games of all time.  If you didn’t grab it as part of Brandon Boyer’s Venus Patrol Kickstater, you are definitely missing out.

I’m a single player story kind of guy, and the folks at Naughty Dog nailed it out of the park on this one.  The sinking ship in particular stands out as something that just blew my mind.  I would have loved to watch whoever came up with that idea tell a programmer they were going to have to make it happen.

I loved Point-and-Click Adventures back in the day and am very very excited to see them making a bit of a comeback.  This one in particular took everything I loved about those old games and wrapped it in a super stylish and modern shell.  I bought an iPad specifically to play this game, and it was totally worth it.

I’m a huge fan of the original Portal.  I have played it at least five times.  Somehow, Valve was able to not only give me everything I wanted in a sequel but also avoid every potential pitfall I could see.  They were able to add new mechanics that felt as fresh as the original portal gun, they changed up the art style in an interesting and unique way, and they made the writing even more funny and evocative.

I know, it’s probably not kosher to include your own stuff in a list like this, but I’m really proud of what we’ve done here at Double Fine this year.  With Stacking, Iron Brigade [Trenched], and Sesame Street: Once Upon A Monster, we released more games in one year than ever before, and each is completely different than the last.  It’s been a pleasure coming to work every day with a group of such amazingly talented and awesome people, and I can’t wait until people see what we’ve got coming next! 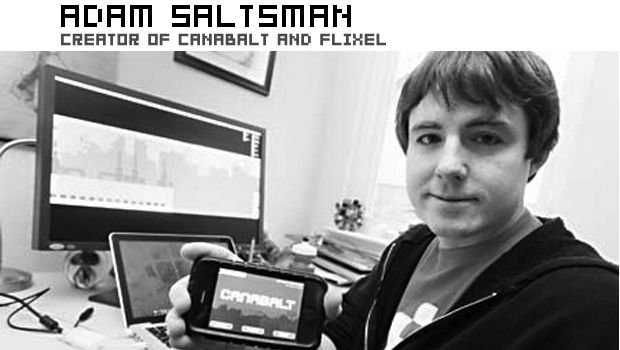 This year’s IndieCade event in Culver City was the first one I ever attended, and it was a pretty big deal to me. The talks were uniformly informative and inspiring, and the things I picked up over that weekend have shaped the way I’ve spent the latter half of the year and made me a better person. That sounds like hyperbole, and I don’t know how much of that was due to IndieCade specifically, but the conversations I had there have had a long and lasting influence on what I do every day.

Brandon Boyer’s insanely successful Kickstarter to revive Offworld under a new banner made the news just for how much money it raised, but it also got me off my ass and putting together the first new game I’ve done in… a while (CAPSULE). I’m really glad Venus Patrol is going to be around.

Superbrothers & Capy’s atmospheric iOS adventure game showed that you don’t have to make cute physics games about animals in order to find an enthusiastic audience on the App Store. S:S&S EP is the most important game of the year, at least for me, for this and many other reasons.

A few of my favorite game designers finally started releasing full, commercial games to the public. I fervently hope (and in some cases know) that we have not seen the last of Zach Gage (SpellTower) and Stephen Lavelle (English Country Tune), especially.

Johann Sebastian Joust isn’t even really out yet, but I think it pretty obviously HAPPENED this year. Tabletop games and folk games are a much bigger part of the indie video game scene this year, and JOUST is basically single-handedly responsible for the folk games part (with a shout-out to Ninja of course). 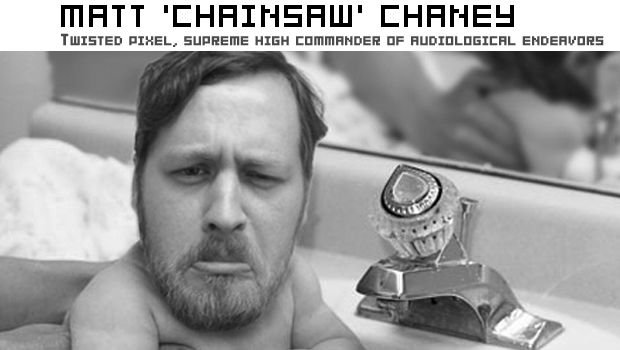 I love platformers, and I’ve fallen hard for this one. It has incredible music, shit tons of personality and is insanely fun to play.

Made by the super cool guys and gals that make up the small team at Supergiant Games, Bastion is a stellar example of use of story, environment, and narration in a game.  The soundtrack by Darren Korb is also great, and Logan Cunningham’s narration is spot on.

I love PAX. It’s the only time i get to interact with fans, and even though it still feels really weird to say that we have fans, it’s great to meet everyone who stops by the booth at PAX to chat about games.  It’s incredibly rewarding to talk to people who have played our games and get their feedback.  The entire weekend, though extremely tiring, is a completely uplifting affair.  I always go back to work after PAX completely recharged and ready to make more stuff for people to play.

Deep Sea is an audio only game I played at one of the monthly Juegos Rancheros meet-ups, here in Austin. You wear a gas mask that completely blacks out your sight and monitors your breathing. You have to echo locate monsters in the darkness by their guttural vocal cues and blind fire your weapon at them. It’s incredibly intense. Did i mention that if you breath, you can’t hear the monsters? Yeah, intense.

I’m picking this one strictly for two little audio touches that i really liked. I love the arpeggiated synth that plays when you slide on the speed boost gel.  And there’s a puzzle involving some lasers, some reflective cubes, and some adaptive music that kinda blew me away. Also, Stephen Merchant did a great job as Wheatly. 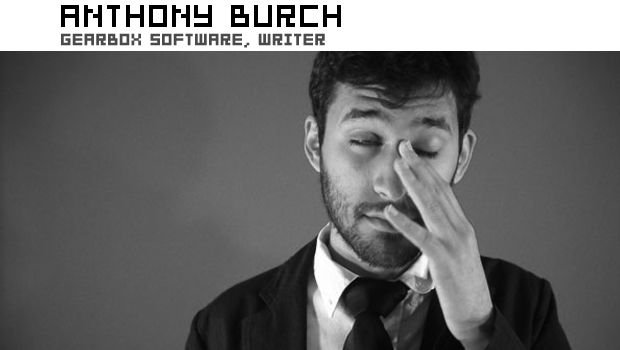 This game could have consisted of nothing more than the “deckers.die” mission and the last mission in the game, and it would still be one of my favorite games of the year.

One of the rare non-Valve, non-Irrational games where the story honestly and truly works with the gameplay, rather than against it. The fact that the main character is in a coma allows us to (A) immediately accept the illogical, but ludicrously fun “shift” mechanic, and (B) forgive him for taking over the bodies of other human beings before driving them into brick walls at ninety miles an hour. It also doesn’t hurt that in general, the game has some of the funniest writing I’ve heard in a while. I generally hate driving games, but I’m just about to start my second playthrough of Driver SF.

I like the original Deus Ex as much as the next guy (so long as the next guy likes it just enough to have completed it once, ten years ago, but can no longer bring themselves to get past the “scuttle the tanker” mission nowadays), but I honestly think Human Revolution is the better game. It’s got the most satisfying stealth gameplay since Arkham Asylum, and, one time, a character asked me to go kill some drug dealers before he would give me some item I required. So I punched him out and took the item I needed off his comatose body.

After the mild mental crisis I had after playing Skyward Sword for a few hours and realizing I now absolutely hated a franchise that had been incredibly dear to me as a child, Rayman Origins taught me that I am still capable of feeling happiness. Which is good. 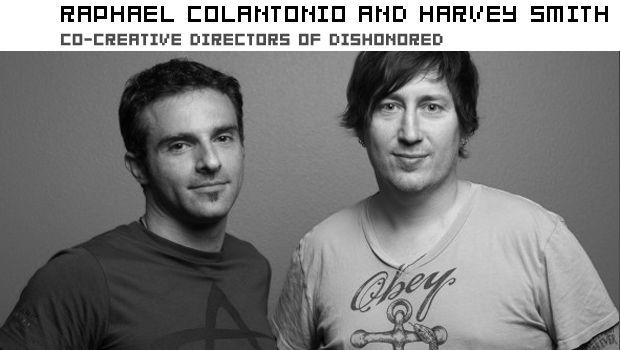 For us, the best games are generally cohesive, moody worlds that we care about; where we get to make interesting tactical or expressive decisions; where unplanned, unscripted gameplay arises from the player’s interaction with systems.

Each Valve game is a lesson is design. Portal still stands as our favorite in the series, but Portal 2 was definitely one of the best games of the year.

Hardcore done right, with feelings of investment that come from hard won progress. Almost no hand-holding; the rare anomaly in modern RPGs. A masochistic pleasure.

Just wow. I know it’s our parent company, but we’re all playing this game right now at Arkane and it’s just stunning. So much content, so much love; each of that team’s games gets better. Standing proof that systemic interaction that allow the player to get creative and solve problems in interesting ways is the way to go.

This was the surprise of the year. Not a perfect game, but systemically interesting and chaotic. Everyone was blown away by the trailer, a really nice short, and despite the fact that the game was very different, it was worth the initial excitement.

It’s always a rare pleasure to play an immersive sim style game that we didn’t work on. The game included a lot of love and looked great. It had problems, and was a little too clean for us in terms of systems interactions, but it still belongs on this list because of our personal tastes in games. 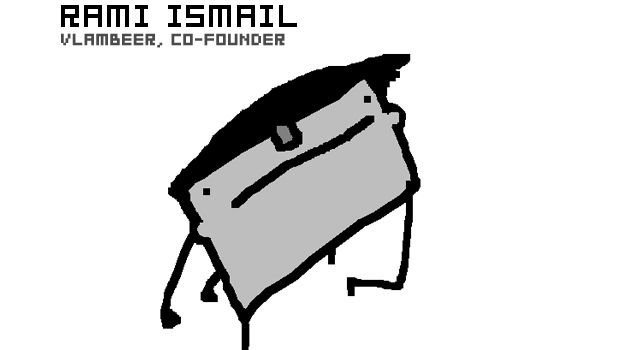 0Space by Beau Blyth is a 2D 2-4 player deathmatch game in zero-gravity. It’s all about floating around in space slowly and perfectly shooting your friends in the face. It’s loads of fun and it’s free.

“If murder is a crime, I don’t want to be innocent” – Murder Dog IV is one of the best written games ever.

We really don’t like puzzle games when there’s only one valid solution. Those games leave no room for player expression. Spacechem is different — it gives you a problem, some tools and all the freedom to do whatever you want. It also gives you a migraine.

Sort of. Rage puts you in a linear level with a handgun and two types of enemies and already manages to be better than most shooters nowadays. Combine that with fancy graphics, a nice world to mess around in and Mad Max. Pretty good.

This game is so clever, we can’t even start to describe it. Some of the things you can do in Atom Zombie Smashers is naming your landmines, steering a helicopter around and researching a Llama Cannon.