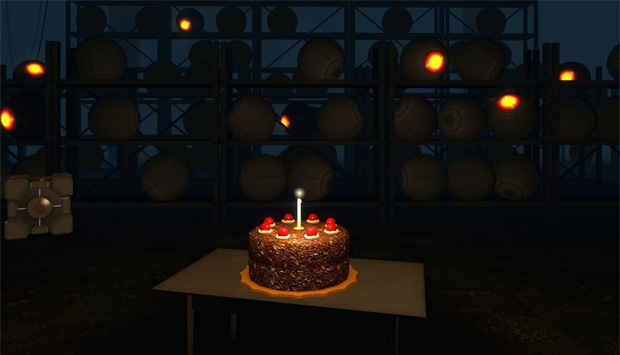 If you are anything like Dale North or myself, your day is about to be made. You see, we share a deep hatred for those tired Portal jokes involving cake, being “Still Alive,” and everything in-between. Even worse are the people who won’t let these once-funny gags rest in peace.

Enough ranting — where is this post going? Portal 2 writer Eric Wolpaw, talking to Gamasutra, had this to say: “If you thought you were sick of the memes, I was sick of it way ahead of you. For instance, cake. I’ve had enough cake jokes.”

“The cubes are in there because they’re a gameplay element, and obviously, GLaDOS is back, but there’s a bunch of new gameplay and we want to tell an interesting new story,” Wolpaw explains. “We didn’t jettison everything, but I absolutely do not want to try and resurrect a three-year-old meme.”

“That seems like it would be kind of sad. It’s not a good idea,” he concludes. Amen, brother!

Portal 2’s Wolpaw: ‘I Do Not Want To Resurrect A Three-Year-Old Meme’ [Gamasutra]