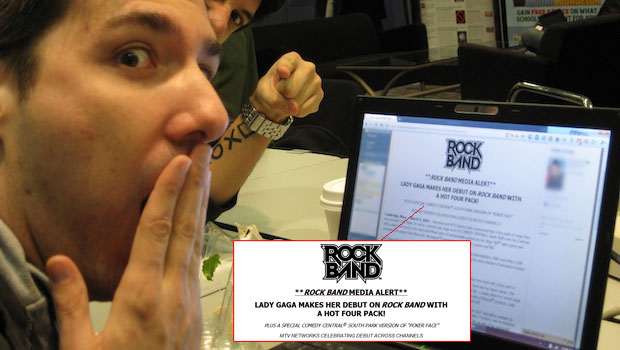 Harmonix and MTV Games have announced that a Lady Gaga track pack will be coming to Rock Band next week. The pack will include four of Gaga’s hit songs, “Bad Romance,” “Just Dance,” “Monster,” and “Poker Face.” The pack will run you  $6.99/560 MS Points, or you can buy songs individually for $1.99/160 MS Points/200 Wii Points a piece. But why wouldn’t you buy them all? Really.

Also being made available for download will be the Eric Cartman cover of “Poker Face,” which aired on Comedy Central’s South Park not long ago. That’ll run you $1.99/160 MS Points/200 Wii Points, if you can stand the thought of your friends doing obnoxious Cartman impressions in your living room.

Best news ever? Yes, I think so.