E3 is here, it’s queer and we should all get used to the next few days of video game journalists shooting a load at every trailer and demo that publishers throw their way. It’s the point of origin for the many hype trains that will soon be leaving the station on a one-way trip to Success City, Failsville or Forgettable Falls.

There is so much to anticipate out of these next three days and one of the games I am most looking forward to is Super Mario Odyssey. I’ll admit I had to come around on this one. At first, I was super excited, calling it my most anticipated game of this year. Then that reveal trailer hit and I frankly didn’t know what to think. There are a lot of oddities with it I still am unsure about, but I have yet to be let down by a 3D Mario so I’m still very much thrilled.

With Odyssey seemingly going back to the open levels of Super Mario 64/Super Mario Sunshine, it got me thinking about what type of Mario levels I enjoy. This is a series that has been around for 30 years and probably has more than 1,000 levels to date. There are so many to choose from, but for me the choice is obvious. It’s Hands-On Hall.

I could write a novella on why I think Super Mario 3D World is the greatest Mario game to date, and perhaps the greatest video game I have ever played, but I’ll save that for another date and time. Instead, I want to marvel once more at Hands-On Hall. Found up in the clouds in the World 6, Hands-On Hall, or The House of a Thousand Touchscreen Doors as it is known in German, is arguably the best example of 3D World’s approach to level design.

The concept of Hands-On Hall, Mario & company infiltrating an ancient Chinese Goomba temple, disguising himself as a Goomba at a certain point, sneaking up behind his prey and assassinating them before they react feels like it would belong in a game starring Agent 47 rather than the world’s most famous plumber. What a sight it is to see Princess Peach sneaking around this stage wearing a big Goomba head. With its touch screen doors and secret way to skip half the level, it embodies everything I love about Super Mario 3D World: a unique and innovative level bolstered by a clever concept, amazing design, and top-notch execution.

Hands-On Hall is hella good, and I doubt any other Destructoid writer or reader will be able to name one better.

Man, that’s a good one! I still maintain that Super Mario 3D World is one of the greats, and that’s before you factor in multiplayer. It’s something I do go back to from time to time, but nothing can quite hold a candle to my annual Super Mario 64 runs.

The simplicity is what gets me. You’re offered several tasks at most at any given time but are presented with this gigantic world to explore. Even though I pretty much know my way around all 15 stages I still spend plenty of time messing around, like I’m going to be that person that finds this tucked away Easter egg over 20 years later.

Bob-omb Battlefield epitomizes that timeless design philosophy. From the carefree music that instantly puts me in the mood to explore and hum along to the memorable encounters with its explosive denizens, to its use of scale to allow for a grand setpiece juxtaposed to all of these little microzones, it still wows me to this day. 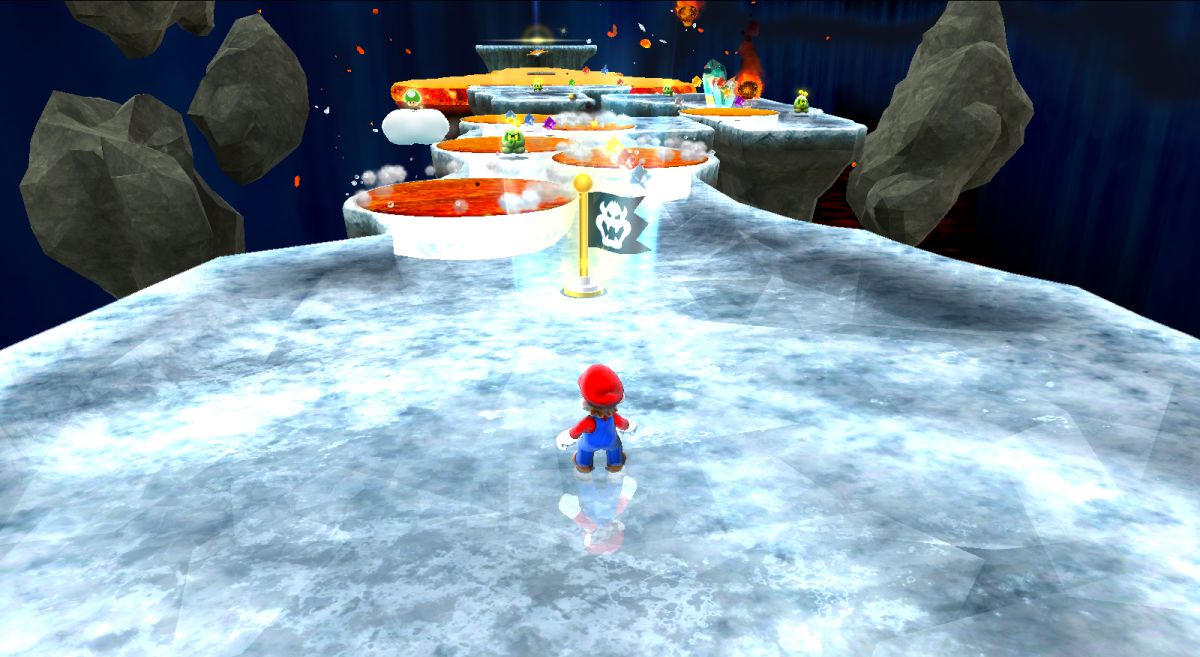 CJ and Chris set a high bar already, and it’s certainly hard to compete with the brilliance of Super Mario 3D World and Super Mario 64.
…or is it?

For as fantastic as those games are, the Super Mario Galaxy series certainly gives them a run for their money. Making Mario run and jump around on wildly varied and unique planetoids, each with their own gravitational field, was a stroke of genius. These titles walk a fine line between pure platforming goodness and pure unbridled fun in a way that very few games have been able to replicate. The level design perfectly blends old-school Mario with the new Galaxy mechanics, with each level being more inspired than the last.

Freezeflame Galaxy and its follow-up Shiverburn Galaxy really stand out to me in that regard, as they perfectly encapsulate the creativity that’s so core to the Mario franchise as a whole.

The blend of two different ‘worlds’ is very interesting to me in both of these Galaxies. We’ve seen fire levels before and we’ve seen ice levels before, but having them both mixed together is something you don’t see in platformers often. It’s also immediately striking: you only need to hear “Freezeflame Galaxy” and you can’t help but wonder how that’s going to play out.

It plays out beautifully. One minute you’re traversing a fiery lake, the next minute you’re skating around a snowy mountain, and eventually, the two even come together. Using Ice Mario to skate across lava is one of the most memorable moments in Super Mario Galaxy, and Super Mario Galaxy 2 throws the Cloud Flower in the mix. It all makes for a thoroughly enjoyable romp through the most distinctive Galaxies of them all.

How is the Super Mario Galaxy series able to compete with some of the best games in Nintendo history? This is how. 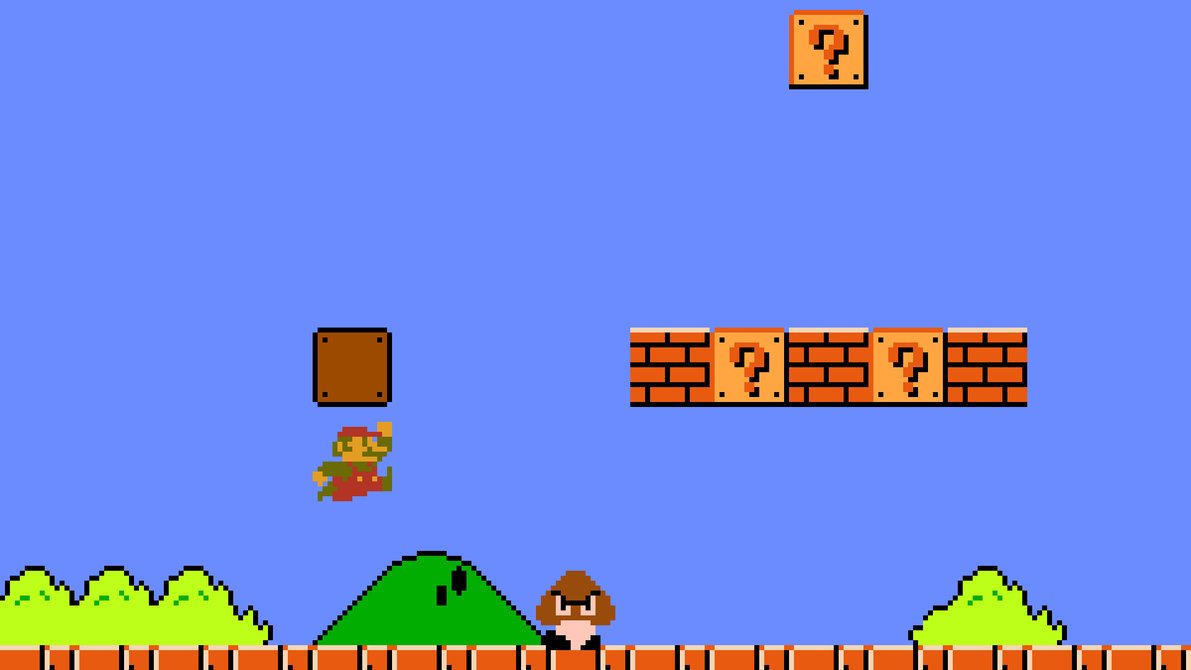 If you’re talking best Mario levels, how do you go through an entire staff of writers without one of them mentioning World 1-1? For many gamers in their early 30s like me, this is the friggin’ start of their video game career.

I honestly don’t even know how it happened. Somehow, someway, by family thought a three-year-old little Wes would enjoy having an NES. The very earliest memory I have in my 30-plus years on this planet is me and my grandpa sitting in the basement of our house on the hill in East Tennessee, passing the controller back and forth in Super Mario Bros. He wasn’t a whole lot older back then than I am today (they…tend to have ‘em young in Tennessee), which really puts that distant memory into perspective.

Truth be told, World 1-1 isn’t the best level in all of Mario. Hell, it’s not even the most creative or complex. But World 1-1 set the groundwork for the rest of the series, introducing gamers to extremely tight platforming in a vibrant and imaginative world, full of wonderful and catchy music. For kids like me, playing this level marked the first time they had ever picked up a controller – and what a mark it’s left. Later games became wackier and more interesting (I think the series has hit its zenith with Galaxy), but none have left an impression on me like the very first. 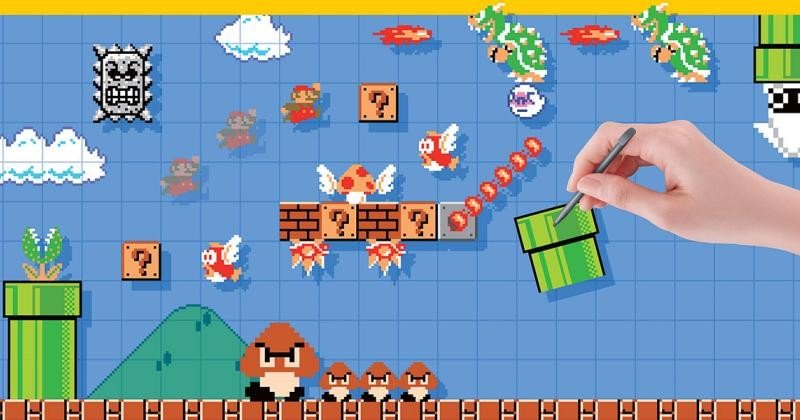 I’m not sure how anyone didn’t think of this, but Super Mario Maker allows you to create your very own Mario levels, thus making any one of those the potential “best” level ever made. Handing the keys over to the community was one of the greatest moves Nintendo made for Mario, almost negating the need to ever create another 2D entry in the series.

Sure, Nintendo has done little to support the game beyond 2015 and the 3DS port is a bit…shallow? Either way, all of the levels I’ve crafted have been exactly what I’ve wanted out of a Mario game my entire life. I do miss things like slopes, lava/water on above ground levels and even the ability to play as Luigi, but nothing can ever top placing my own Goombas and meticulously crafting out perilous deathtraps to trip others up.

Now we just need a Super Mario 3D Maker and I can die happy. 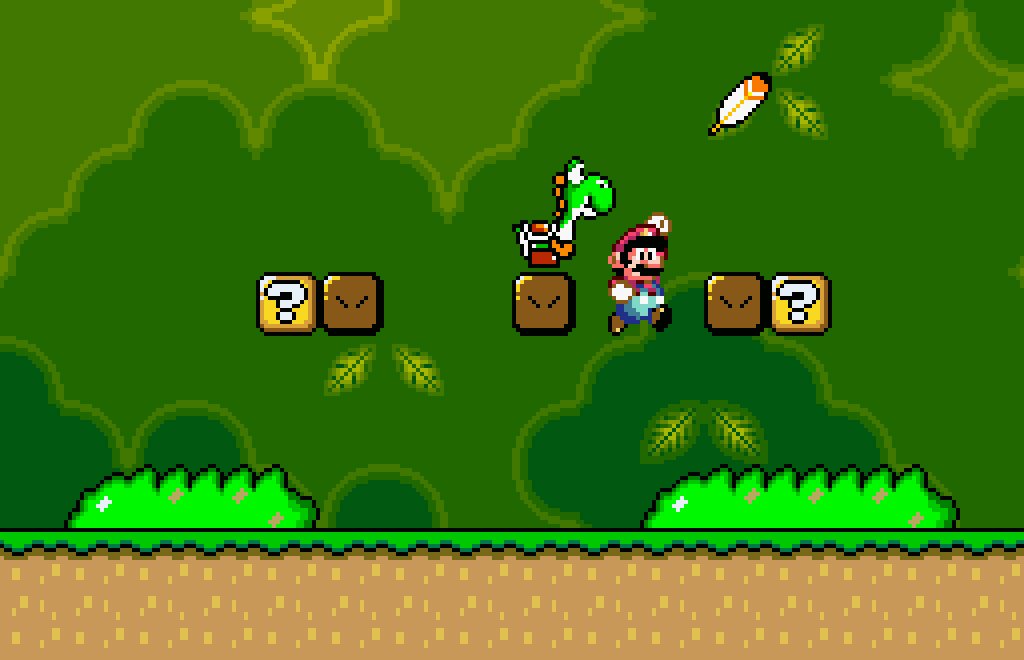 My favorite level is possibly also my most-played level in the whole series (excluding the vile, no-good, patience-testing gauntlet that is Champion’s Road in Super Mario 3D World).

My all-time bestie is Top Secret Area. You know, Top Secret Area — that place above Donut Ghost House that we all came back to every time we needed to stock up on feathers and hatch a fresh Yoshi.

You’re in, you’re out, and you’re ready to continue your adventure. That level really was a godsend. 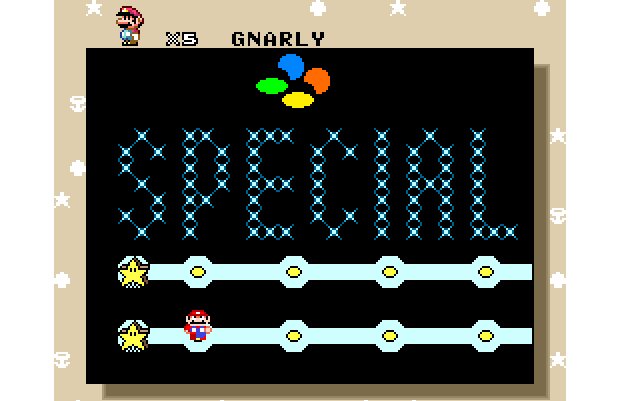 So many great levels and also whatever it is Peter mentioned. Here’s to hoping Odyssey is able to continue this legacy of excellence other franchises only dream of being able to match.