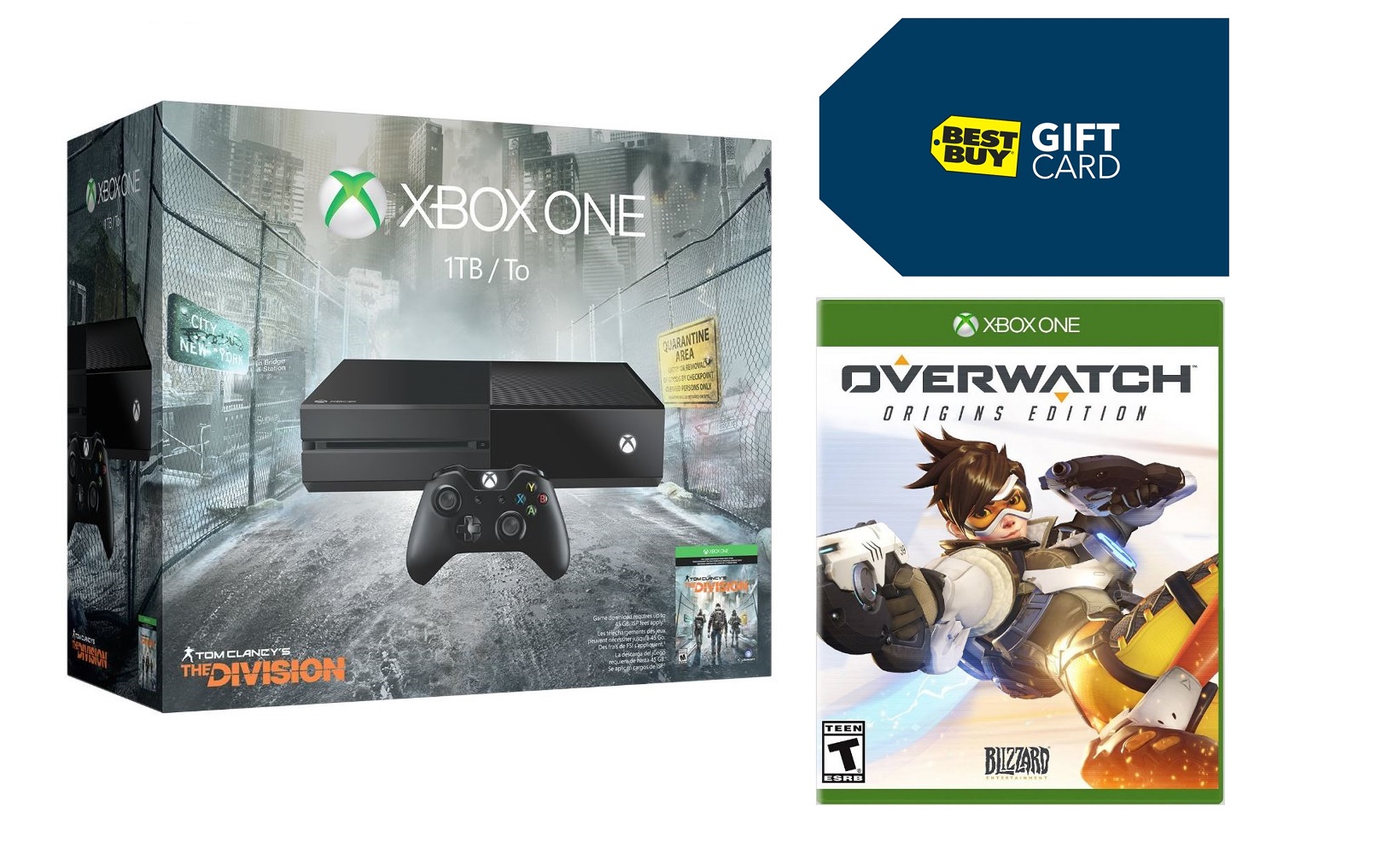 Get them off our shelves before E3!

Perhaps driven by fear that sales will halt after E3 (new 4K Xbox maybe!?) retailers seem to be wanting to rid themselves of 2015 / early 2016 Xbox One bundles. Amazon and GameStop both have $50 gift card bonuses going on at the moment and today Best Buy has stepped up its game considerably.

For today only, Best Buy is tossing in a bonus $75 Gift Card and a free Xbox One game of your choice. Click here to check out the Xbox One offer. The game must be in stock (no pre-orders) and no more than $59.99, but otherwise there are no limits. That means you can pick up a copy of Tuesday’s release Overwatch at no extra cost.

Assuming you go for the maximum-value game ($59.99), this is about $135 in bonus value. About as good as you can ever expect from Best Buy. There are a total of eight console bundles:

The offer works the same on all eight, but remember that some bundles are better than others in terms of value. The most recently released bundle is the Quantum Break bundle (it launched April 5). The Rise of the Tomb Raider and Rainbow Six Siege bundles are both normally $399.99 purchases and are discounted by $30 right now — making them a better “deal.”

One more thing you should know about the offer: while the $75 gift card automatically adds to your cart, the free game does not. You’ll have to add it separately and then look at checkout to see the discount. Just add the Xbox One bundle of your choice and then search for a game to add it to your cart. Pre-order, pre-owned, or collector’s edition games above $59.99 are not valid in this offer — just in-stock new Xbox One games.

As of writing, this is probably the best Xbox One bundle deal we’ve seen yet. Don’t expect anything comparable until holiday season 2016, where select retailers will invariably do crazy promotions to rid their remaining pre-E3 Xbox One stock.