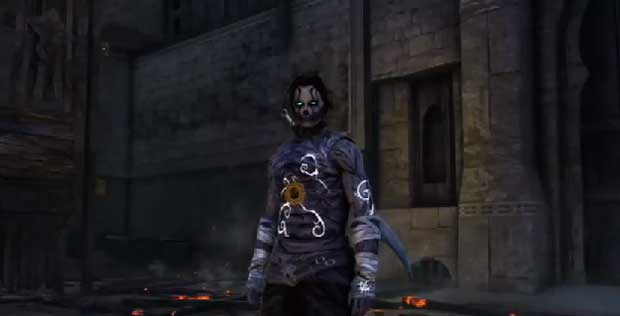 Yeah, this Best Buy ad for Prince of Persia: The Forgotten Sands kind of sucks. It starts with an obnoxious soundtrack that’s soon supplemented by an even more obnoxious voiceover.

But there’s some good info here, if you can make it through the first five seconds without throwing up. It seems that pre-ordering The Forgotten Sands at Best Buy will get you an exclusive “Sandwraith” skin. Sure, it kind of makes the Prince look like Juggalo, I’ll give you that. But the default Prince (who has a huge forehead and a knobby little soul patch) isn’t much to look at, either.

Prince of Persia: The Forgotten Sands is out next week for PlayStation 3, Xbox 360, PC, and there’s a Wii-specific version out as well. I just finished playing the title for review, so check back next Tuesday for the verdict.