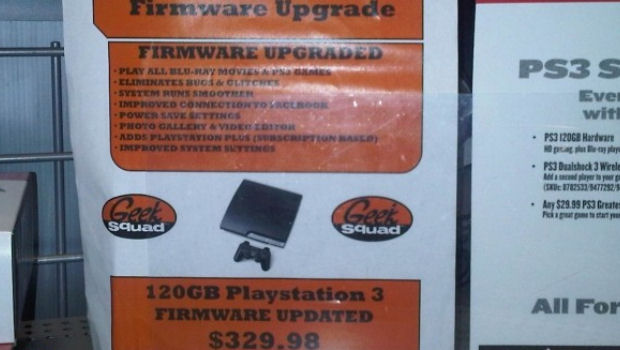 If exploitation of ignorance were a crime, then Best Buy and its “Geek Squad” thralls would be hanged by the neck until dead. The latest way in which Best Buy is profiting from the stupid is by charging $30 for Sony’s free firmware updates and hiding it as a service.

At least one Best Buy in Staten Island, New York, is selling PS3 Slims for $329.98, explaining away the extra thirty bucks as its fee for installing the latest PS3 firmware. Thirty bucks to confirm something that Sony will force every consumer to do anyway? You gotta admire the gall, at least.

The sad thing is, I bet thousands of idiot customers have already shelled out for this silly buggery.