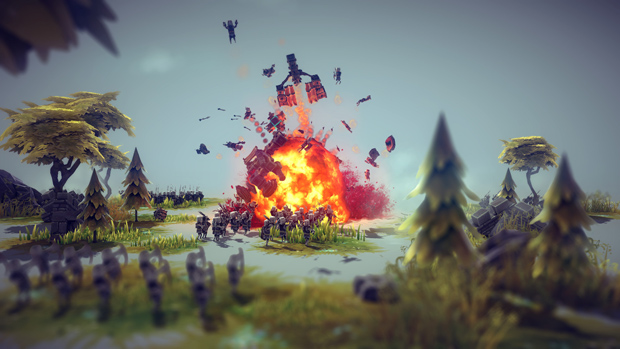 Find one of each below

I thought Besiege looked good based on the developer-made gifs and videos, but the game’s community has elevated the title to new heights with its ingenious, often times so-wrong-they’re-right medieval creations. YouTube and the Steam community page are full of this stuff.

Developer Spiderling Studios has opened up the Mac and Linux builds of Besiege on Steam Early Access. More creators, more insanity. Knowing my game-playing habits, it’s in my best interest to hold off until the final version, as I tend to move on after I’ve had my fill and never return. But it’s tempting to get in now while this is $6.99. I should just guilt-trip myself with my Steam backlog.

Facehugger by GuitarMan0121
Sumo by Katsutomo