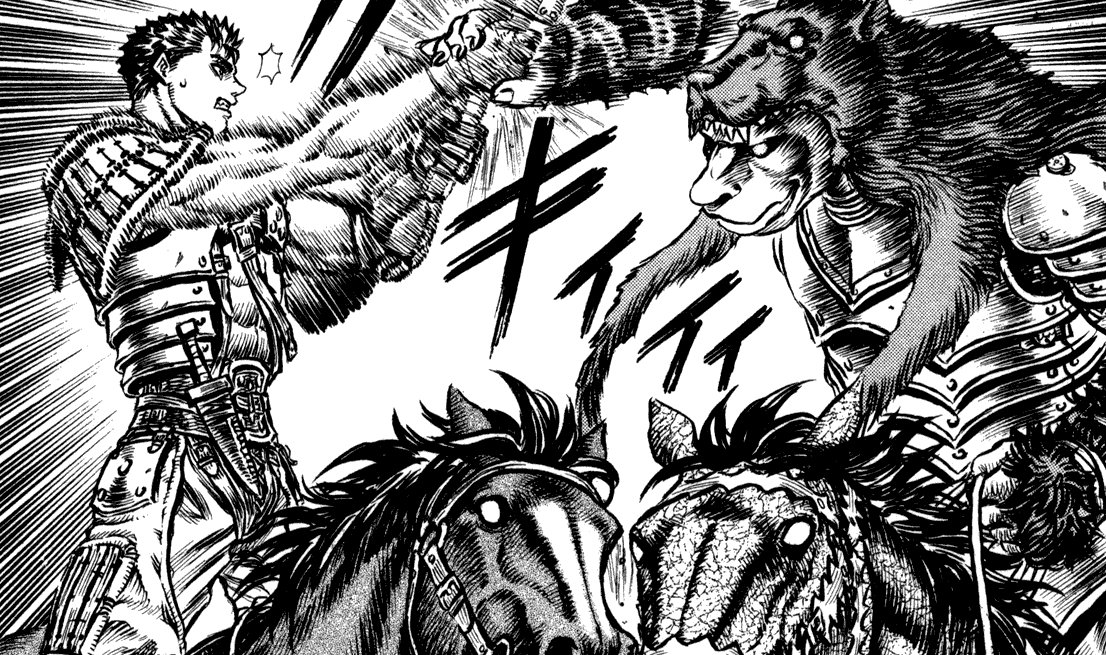 You can also fight Boscogn

Berserk is getting yet another playable character in the form of Wyald, a demonic beast-like entity that appeared in the manga, but not the TV show or films. Much like Zodd, he’s capable of transforming into his bestial form based on the scans from Famitsu.

Wyald was an Apostle who appeared during the Golden Age arc of Berserk, sent to retrieve Griffith after he escaped from prison. He was one of the most ruthless enemies Guts encountered up until that point, but was defeated by Guts, then subsequently killed by Zodd (who is also playable).

There are a few Apostles I really want to try, and Snake Baron is probably at the top of my list.