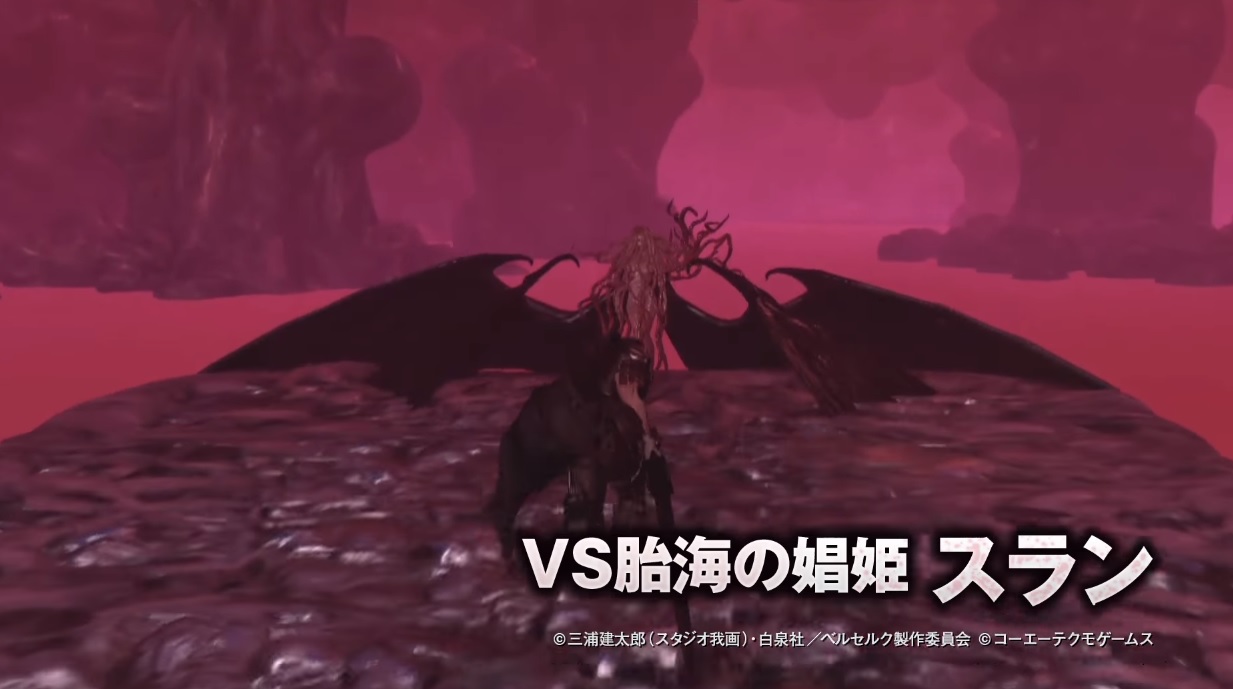 So uh, two pieces of the God Hand have been confirmed for Berserk and the Band of the Hawk.

For those of you who don’t follow the series, the God Hand is the chief collective of antagonists, alongside of the “Apostles,” which act as rogue agents of sorts. We’ve already seen Femto as a playable character, and now Slan joins his ranks with a boss fight that seemingly takes place in the Eclipse zone. As I’ve talked about in the past I think all of them could work in their own way even if Guts doesn’t really fight them directly in the manga or anime adaptions (yet, at least). I just really want to see Void — their leader — at some point.

So while I do have some concerns (there’s only eight confirmed characters, with no co-op in sight), we’ll find out how it all turned out very soon when it launches on October 27 in Japan.