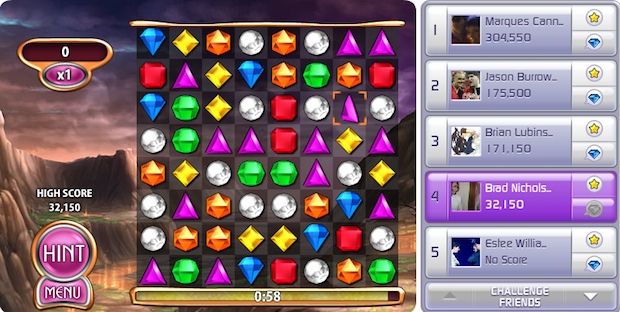 Starting this morning, “casual” developer PopCap Games is kicking off a 10-month celebration of Bejeweled in honor of its tenth birthday. The official release about the anniversary states that a community competition as well as a contest are planned, and promises that we’ll see even more Bejeweled installments “throughout 2010.”

If you’ve never played Bejeweled, you’re the weirdo kid in the corner — the game has sold more than 50 million units this decade, while 500 million people have at least tasted the game through demos, trials, and whatnot. Call Bejeweled a, uh, mild success if you will. Or don’t. We won’t hold it against you, but we might opt to not buy you that ice cream cone the next time we meet.