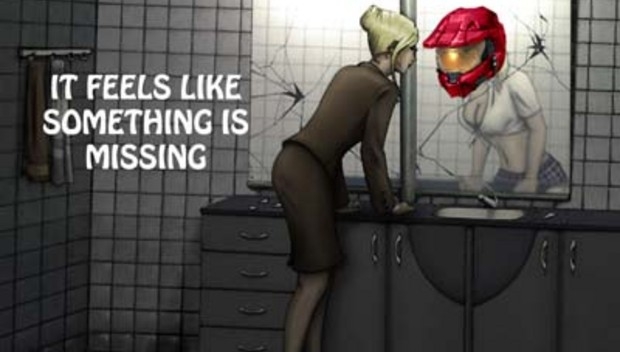 It has come to my attention that I can no longer sit idly by and ignore the first-person shooter genre. We got off to a rocky start back in my formative years and since then, well, I haven’t really made an effort to rekindle the relationship. I’m willing to take the blame in this regard. Sure I could have picked up a game from time to time, given it an honest try, but the truth is, I didn’t realize I was missing anything.

My first attempt at FPS was Duck Hunt. It doesn’t get much more first-person then that, you are literally holding a gun for crying out loud. Sadly I was only four or five at the time and my childish dexterity was ill prepared for the challenge of simulated duck slaughter. To make matters worse, my only friend in the neighborhood at the time was a few years older then me and had marginally better hand-eye coordination. Based on these early matches I decided I just wasn’t cut out for shooting games.

This is how I remember it

Fortunately Nintendo had anticipated that some of us would be less gifted when it came to hunting and had also included Super Mario Brothers on the same cartridge. To be fair I wasn’t much better at running and jumping then I had been at shooting, but there was one supreme difference for me. Mario Brothers had a story. The game manual was my bedtime story of choice for many weeks, much to my parent’s dismay (the actual story part was only about a page long and I always insisted on hearing the whole manual), but this is what formed the foundation of my love for RPG’s.

As the years passed, I made one or two more feeble attempts to appreciate shooting games, trying something just long enough to decide that I’d rather play something else. I remember popping in a Tomb Raider demo disc once, walking down an alley and being shot immediately. I never tried it again.

It’s not that I was resentful toward FPS games, rather I was just overly accepting of my personal limitations. Why bother playing something you’re not good at when you could play something you already know you enjoy? It just didn’t occur to me that if I practiced I might have gotten better.

Meanwhile, my love for RPG’s continued to grow and blossom until the day I discovered MMO’s. The idea fascinated me, playing a game online with other people, it sounded amazing. Sure I’d enjoyed some arcade shenanigans in my day as well as the occasional two-player games, but since I didn’t even have a real computer or Internet access until I was out of high school I was a little behind on the new technology.

So I stared playing Star Wars Galaxies and discovered that I loved the social aspects of gaming more then I’d realized. I could spend hours just chilling in a cantina watching the performers and chatting with my guild mates. Ironically, my belief that I was innately bad at shooting caused me to give up on the rifleman profession and take up swordsman instead. Eventually I did get over my boycott of projectile weaponry and became a commando, but that took some time.

Sadly, as all good things, this too came to an end and after several years of bouncing around all the different pay and free MMORPG’s I could find, I realized I just missed the community feel I’d had in my first MMO.

I had mostly ignored the Halo craze that had been going on for years, except for the first few seasons of Red vs Blue, and subsequently wrote off any other popular FPS as, “not my thing.”

Recently however, I’ve begun to wonder if I gave up too soon. While MMO’s are largely social gameplay experiences, you can’t just start playing and expect anyone to want to play with you. First you’re expected to gain some levels, get better gear, and perhaps most importantly know all the ins and outs of your class. No guild will take you until you’ve optimized yourself to meet their strict specifications and any that will take you without condition aren’t worth joining. Lately, I just don’t have enough time to invest in getting a character to the highest level just so I can find other people to quest with.

I was pleased to learn that FPS cuts through all this level grinding nonsense and just drops you into a match with other people who don’t know or care if your Runekeeper is level 60 (if you tried to tell them I suspect they would just shoot you). Furthermore you can get away with playing for as long or short as you please. No more standing around for an hour waiting for your guild mates to assemble just to find out that GOOberBOb hasn’t completed the correct quests yet.

It was on a boring evening of mulling over this dilemma that I came across Niero’s bizarre FNF teaser ad for Quake Live. I’d always considered myself excluded from FNF since I don’t own any of the hip new consoles, but since my PC has been tricked out for MMO’s I was pretty sure I’d be able to run Quake, and bonus, I wouldn’t have to buy anything (I honestly can’t remember the last game I bought for myself).

During my skills test I did manage to perform the jump to qualify for an intermediate skill level (after a few tries) but decided that since I wasn’t the least bit confident in myself I’d better start smaller. I walked right into the beginners entrance and promptly got my butt handed to me by the training bot.

The face of death

It has became clear that my old RPG habits make me my own worst enemy. My first problem is I don’t move nearly enough. In MMO’s the first thing you learn is not to run around wildly because then the healer can’t select you. In FPS games, standing still is a death sentence and even realizing this I still find myself occasionally rooted to the ground in fire fights.

Another problem is aiming. My accuracy is only about 17% and that’s after a few weeks of practice. I just can’t seem to ever get my mouse over my opponent when we are both running zigzag patterns around each other. Typically this ends in me getting stuck against a wall or stopping for a moment to target them and quickly dying.

Overall, the learning curve in FPS games is steep. In an RPG you can always look up the solution and in MMO’s other people will frequently answer newbie questions or do pity quest runs with you. FPS game is everyman for themselves. The pace is also immensely faster. If you have time to think about what you’re going to do then you already have a bullet in your back.

I’m doing my best to give FPS games a fair chance this time. I played the practice levels in Quake and learned basic rocket jumping and a little strafing, but the more I watch other people play the more I realize that I’m really behind on the basic skills required by FPS games.

No I don’t want to help you on your epic quest, I’m here to kill stuff

Basically, I’ve come to the conclusion that I’m just an RPG player by nature, but that doesn’t mean I can’t frag random strangers (and occasionally fellow community members) in my spare time. I’ve noticed myself getting marginally better the past few weeks and if I can keep up the momentum I’m sure that, while I’ll never be the best, I won’t always have to be the worst. That’s enough for this RPG player.