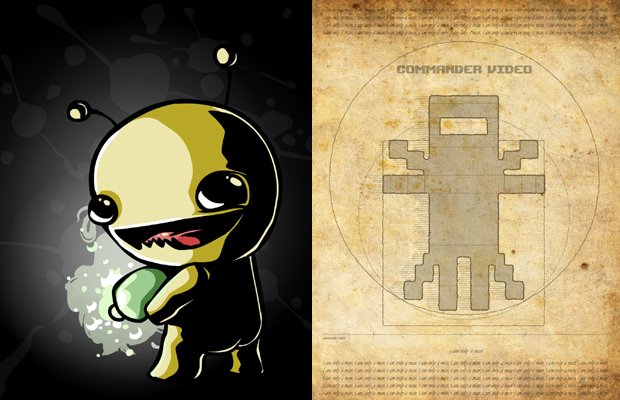 Of course, by enter I don’t mean… enter, but since this is a game by Edmund McMillien (creator of C*nt), anything’s possible. How these guys will be implemented remains to be seen, but what we do know for sure is that Alien Hominid (from Alien Hominid and Castle Crashers) and Commander Video (from Bit.Trip Beat and the upcoming Bit.Trip Core) will join Tim (from Braid) as playable guest characters in Super Meat Boy; the super WiiWare upgrade of last year’s Newgrounds hit Meat Boy. Also announced is the method for unlocking these little bastards. All of Super Meat Boy‘s guest stars will be unlocked by finding warp zones that lead to secret levels based on their games. These levels will be super hard, and involve play mechanics unlike those found in the rest of the game.

For those keeping score, there are still approximately nine indie guest stars yet to be announced for Super Meat Boy. I can’t think of three bigger names in indie gaming than Tim, Hominid and Commander Video. Any guesses as to who’s going to show up next?