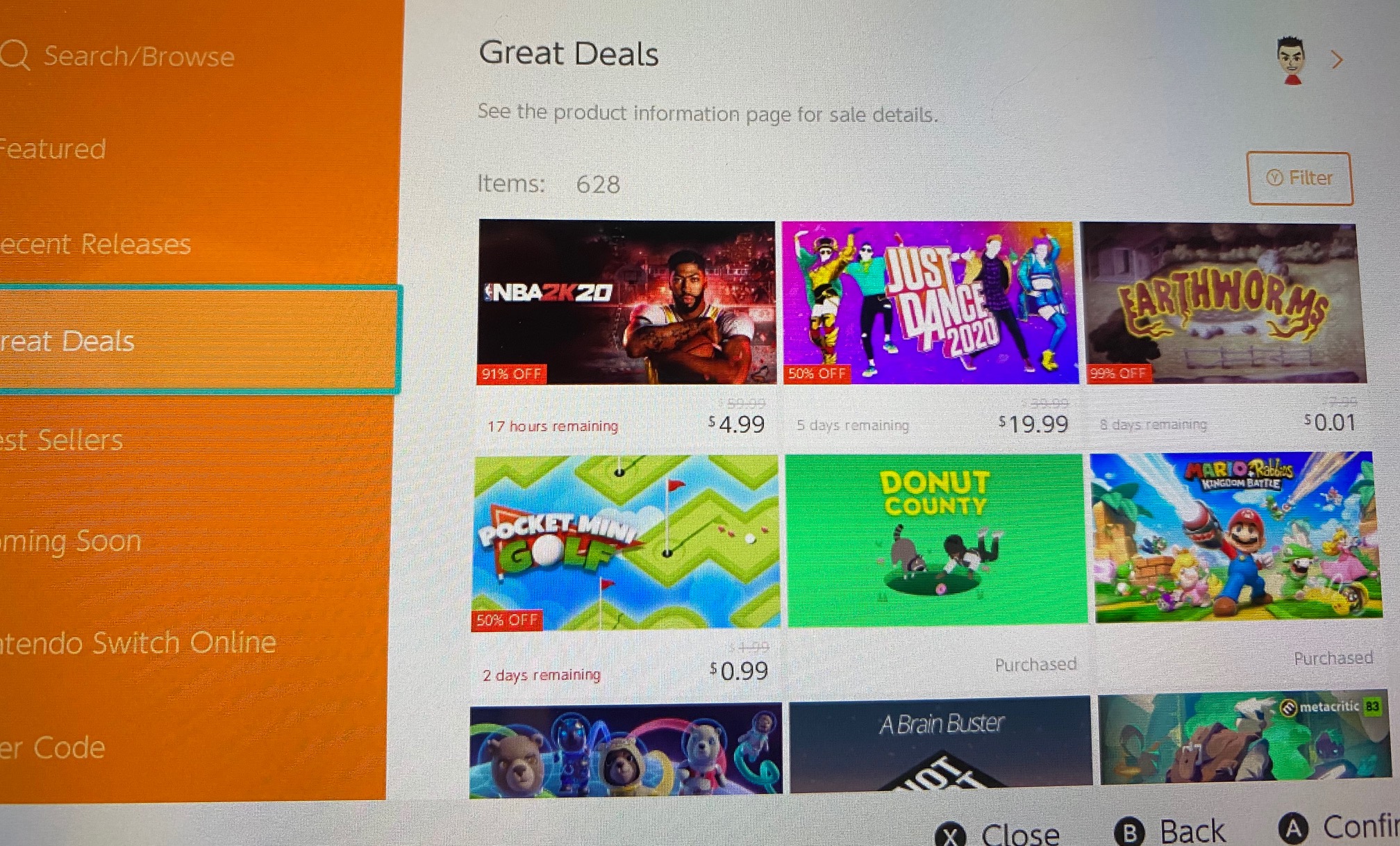 Now upgrade literally the rest of the eShop

Look, the eShop has remained mostly unchanged for over three years now. Despite Nintendo’s initiative to add 30-40 games to it every week, causing tons of bloat, navigational efforts haven’t really improved all that much despite a few nips and tucks here and there. A new advancement this week definitely counts as minor; but it’s appreciated nonetheless.

After being informed by a reader that the Switch eShop now has timers available for game sales, I booted up my Switch and sure enough, it’s there. Note that in addition to providing “days remaining” when it comes to broad strokes, the new system will actually delineate “hours remaining” as well when it comes down to the wire.

I’ll take it! Now Nintendo just needs to get to work overhauling the rest of it, while keeping this feature.