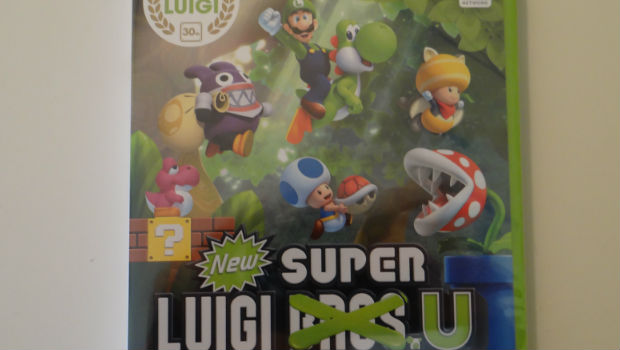 As you have have heard, Nintendo debuted one of their first major DLC campaigns on the Wii U in June in the form of New Super Luigi U, but that version was digital-only, and it required a copy of New Super Mario Bros. U. Well, today in North America (or July in all other regions) a physical edition has launched in all its green glory — and it doesn’t require the original game to run.

Coming in at $29.99, the physical version is contained in rather fitting green case with the “Year of Luigi” emblem, complete with its own unique disc art modeled after New Super Mario Bros. U. Just like the digital copy it comes with its own campaign playable by Luigi, Blue Toad, Yellow Toad, and the invincible Nabbit. From what I can tell it hasn’t added any extras — so all you’re getting is the remixed story mode and levels.

As an side, I was able to register the physical edition of the game at Club Nintendo in addition to the digital version, which I already had on my account — the physical copy nets you 40 Coins. The game itself is an excellent collector’s item for any Mario fan, and it’ll go very nicely with my work in progress Mario collection.