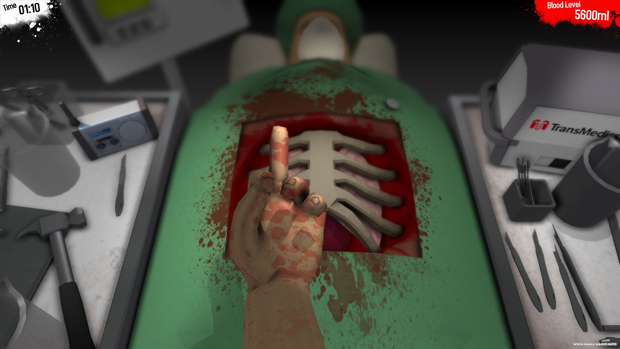 I love and hate Surgeon Simulator 2013, but mostly, I love it. Losing is hilarious at first, don’t get me wrong. Then that humor begins to fade away as you repeatedly fail to complete the same objective over and over again because each of your fingers has a mind of its own. Finally, against all odds, you do manage to complete the operation and it’s just the best.

Bossa Studios had been prototyping a version of the game for iPad and it looks as if that’s moving forward. A brief teaser on YouTube called “Surgeon Simulator – Shh, I Dentist Now…” went up today and there is indeed footage of a “dentist” performing an “operation.”

This is supposed to be coming soon to iPad and I for one hope the new procedures make their way over to the original Steam release. Well, maybe not. Teeth getting ripped out might be something I can do without seeing.