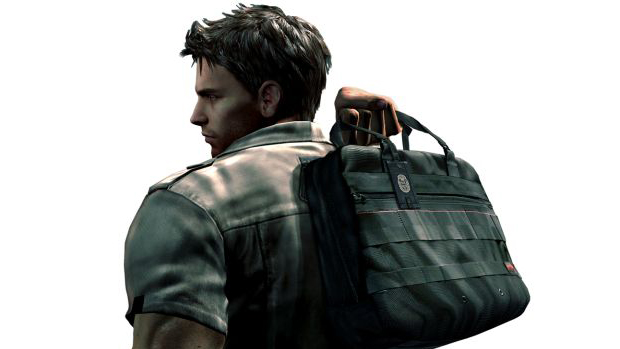 2011 is the 15th anniversary of Resident Evil. A few months back, Capcom announced a massive anniversary box of all the main games apart from 5, which includes HD remakes of Resident Evil 4 and Code Veronica, and now they’re releasing limited editions of iconic items from the games.

Among them is the limited edition “MISSION LINER” bag, given to BSAA members like Chris Redfield when they join the elite task force. It’s in collaboration with designer bag maker BRIEFING, and according to the article, it’s a “tough,” “hard” and “luxurious” bag, “worthy of being an item to celebrate the 15th anniversary.” Prices are to be confirmed in the future, and the release date is early 2012.

Whatever you think about the bag, there are also other items the article mentions — a couple of baseball caps; iPhone 4 covers; and most impressively — a replica of Barry Burton’s gun. But it doesn’t stop there. Capcom has a special Biohazard site, filled with tons and tons of Resident Evil goodness, many of which you’ll probably find to be much more appealing and iconic. Highlights for me are the jackets from Resident Evil 2 and Code Veronica worn by the S.T.A.R.S Alpha team and Chris respectively; the gloves Leon wears from Resident Evil 2; and a 1/6th scale figurine of Ada Wong in her China dress from Resident Evil 4.

Being on the Japanese e-Capcom store, and with no option to ship worldwide, there’s very little chance we’ll ever see these items here, so all we can do is dream, bitch and whine. Even if they did, the prices are typically expensive, sure to put off many.

Nevertheless, if money and postage weren’t an object, are there any items you would love to have?