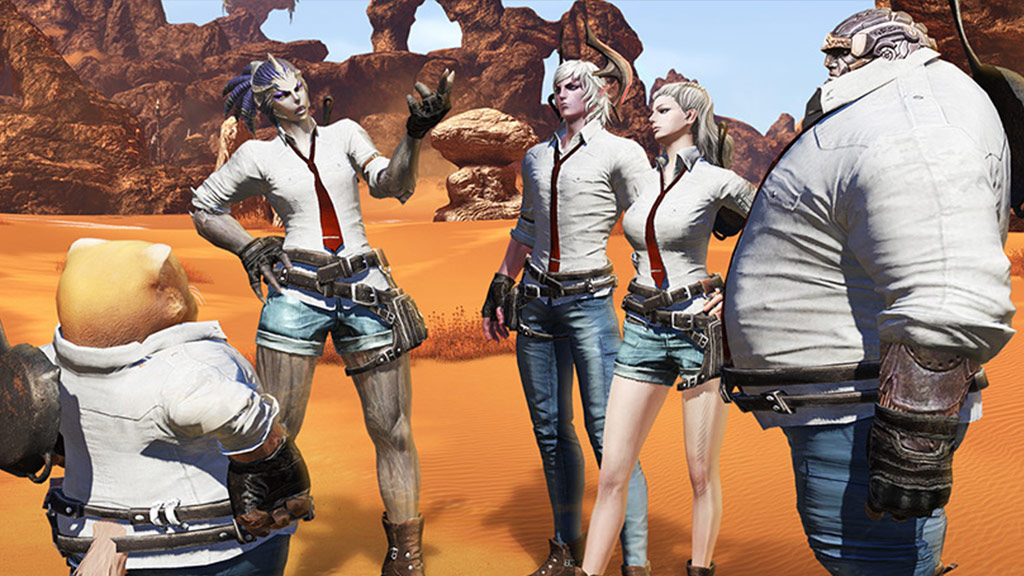 The battle of the CAPS-titled games

So at this point PUBG has crossed over with DC Comics, Tom Cruise and Resident Evil. Now we can throw TERA (the MMO) into the mix.

This time though PUBG is invading another game, and will lend itself to the world of TERA: the collab will begin on March 5 on PC, PS4 and Xbox One and will last a month. The oddball promotion will have daily login bonuses (where’s Mr. Yuk when you need him?), and PUBG costumes and pets are also in the mix from a cosmetic standpoint.

So, is anyone else finding this utterly bizarre? I guess PUBG’s brand is still…white shirts and ties and loot crates? Unless you’re a huge PUBG fan I don’t see using that outfit over anything else in this rich anime-inspired fantasy land.