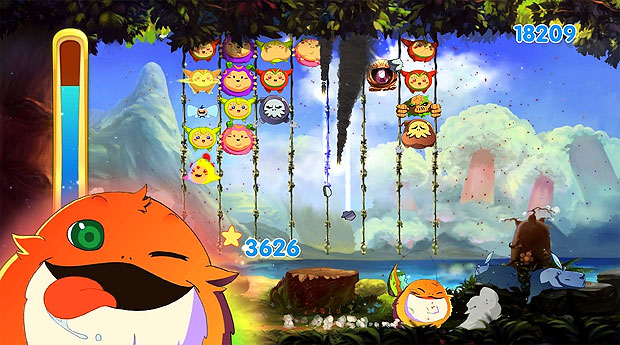 Nick found Capybara Games‘ PlayStation Network debut Critter Crunch, a colorful food-chaining puzzler, to be “one of the best values in puzzle gaming you’ll find this year,” but, so far, sales have been disappointing. I’d hate to see a good game go to waste, so I’m going to jump on the chance to plug Offworld’s recent look into the game’s art direction, artists, and development process.

Although the trailers for Critter Crunch have already made the rounds on the internet, Offworld’s collection of concept art and early sketches are as enlightening as they are beautiful. It goes without saying that Capybara put a lot of effort into Critter Crunch‘s presentation (as well as its “solid gameplay mechanics,” again per Nick’s review), but you might be surprised to know that all the art was done by “two rad dudes”: Nick “Qiqo” Stefan did the character animation and Sylvain “Sylve” Coutouly the background art. The only glaring omission from the gallery? The Mr. Destructoid–style Biggs, of course.

In an effort to boost sales and spread the word, Capybara are releasing a Critter Crunch demo that should hit the PSN later today. However, if you want a sneak peak into the development process of one of PSN’s best indie titles or an excuse to have Critter Crunch placed firmly on your radar, be sure check out the gallery here.