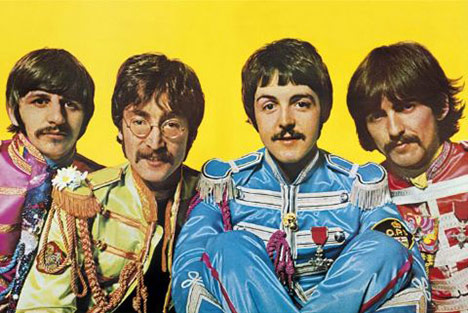 I know that I’ve already caught some flak for my taste in music, so I figure I might as well say ‘screw it’ and go for broke: in my (not-so-humble) opinion, The Beatles are the greatest band of all time. There, I said it. I’m a tremendous fan of the four Liverpudlians and what they did for music, and I love singing/playing Beatles tunes, so this news is incredibly exciting.

According to the Financial Times, representatives of the Beatles have been in talks with both Activision and MTV Games regarding a music videogame involving The Beatles. Activision is the publisher behind the Guitar Hero series, of course, and MTV Games represents Rock Band. Someone “familiar with” the discussions gave an amount of “several million dollars” for the cost of any such deal, and the person also mentions that a deal “could be reached in a matter of weeks” (at E3, perhaps?).

The Beatles are notorious for their stingy nature when it comes to allowing their music to be licensed, though they’ve become more amenable to licensing in recent years. 2006 saw the premiere of Love, a Cirque du Soleil theatrical production featuring Beatles songs that were remixed and reworked by famed Beatles record producer George Martin and his son, Giles. And this year, for the first time, the producers of American Idol were allowed to have the show’s contestants perform Beatles songs.

But the Beatles’ discography remains missing from the iTunes Store, and any deal would have to be vetted by both Apple Corps Ltd., the company that controls the band’s business interests, and EMI, the UK record company that owns the copyrights to The Beatles’ master recordings. There’s hope yet, though: Sony/ATV Music Publishing CEO Martin Bandier opines that “it’s only a matter of time” before the band opens up its catalog for use in all kinds of media.

Personally, I’d snatch up a Guitar Hero: The Beatles game on launch day, and I’d instantly buy any Rock Band DLC as well. What about you guys and gals?

[Via the Financial Times — thanks, power-glove!]