Non-instrument rhythm games seem to be on the up and up these days. Runner 2 and HarmoKnight are two recent examples that really stepped up their game and did a perfect job of blending music and gameplay into one euphoric experience.

Beatbuddy is based on the same idea of merging the soundtrack with the actual gameplay, but it isn’t a platformer. Instead, Beatbuddy is about solving puzzles and exploring the world. The demo at PAX was not only a joy to play, but a joy to listen to as well.

You play as Beatbuddy with the only goal being to get through to the end of the level. If there’s any sort of plot setup, there wasn’t a hint of it in the demo. But like Sound Shapes, an inclusion of an actual plot might actually seem out of place. The player’s motivation doesn’t come from the urge to complete an objective, but instead the urge to play and hear wonderful music.

The gameplay itself took place in a cave, with Beatbuddy able to move around in any direction. Running into certain objects would make certain sounds as well as achieve goals, like opening up a new area. Everything you hear is being made by something nearby, like the crustaceans that make a jazzy hi-hat tune when they’re out of their shells. In order to progress most of the time, though, you’ll need to hit a switch to put them back into their shells, stopping that track of the music. 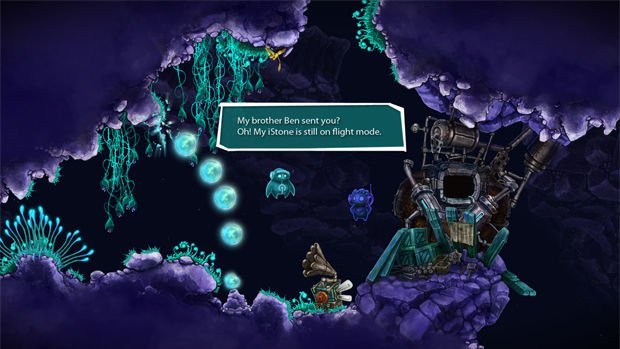 There are also occasionally timed button presses, as Beatbuddy needs to dash through a certain obstacle in order to get past it, created a well-timed snare drum sound. But the instruments and sounds in the demo were only from that level, I was told. The next level was apparently chiptunes, making me incredibly jealous that I didn’t get to play that level. Each subsequent level will have yet another musical theme, so the music never starts to feel stale.

Most importantly, Beatbuddy has that moment. You know the one; when, in a rhythm game, everything is going just perfectly and your movements feel perfectly in tuned with the sounds and you feel as if everything is in sync. That is definitely a good sign of things to come.

Beatbuddy is slated for a summer 2013 release on Steam, and when I guessed “June 15” the developer told me that I was eerily close to what they were planning on. There’s also a demo on Steam in case you want to experience it for yourself.