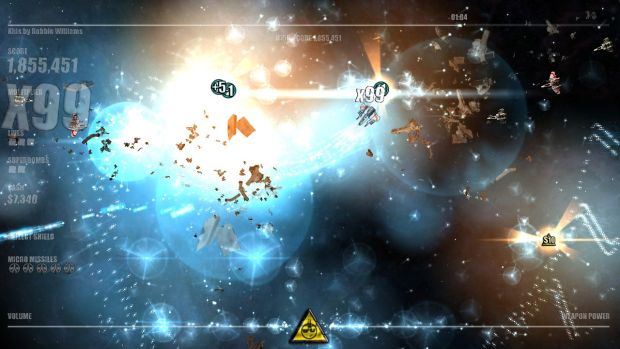 Made by one guy

Beat Hazard Ultra is an arcade shooter that uses your own music library to create a pretty addictive experience. It’s been three years since the original release of Beat Hazard on the Xbox Live Indie Game channel. So after releasing on six other platforms (PC, Mac, Linux, iOS, Android, PlayStation 3), Beat Hazard Ultra has come full circle by returning on the Xbox indie channel for 400 MS Points.

To celebrate the release, creator Steve Hunt shared with us that the game has sold in excess of 700,000 copies, grossing over $2.2 million. Development costs where in the region of $70,000, so Steve has seen a return on investment of 3000%. Congrats, Steve!