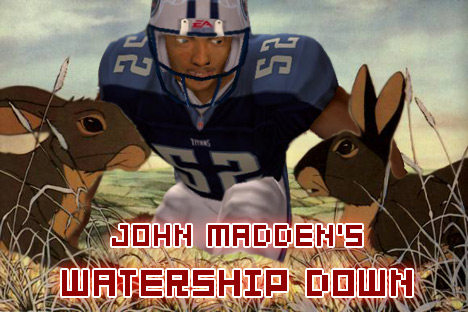 EA has never been the most scrupulous of companies, but one of their latest moves makes me question why the all-seeing eye of Xenu has not yet seen fit to burn the whole place to the ground.

The Chicago Bears’ KR, Devin Hester, wasn’t exactly thrilled with the way EA portrayed him in previous versions of their Madden football titles, so he took it upon himself to do what any overpaid, undereducated man who makes a living by hurting others and avoiding drug convictions would do; he whined like a seven year old girl with a skinned knee. EA, in turn, responded in the way that any company chronically guilty of lacking any creativity, and of milking the unassuming public in a bid to fill their own coffers with as many dollars, doubloons and pints of blood as possible would do; they capitulated, and changed Mr. Hester’s speed rating in the newest iteration of Madden to an astoundingly perfect 100.