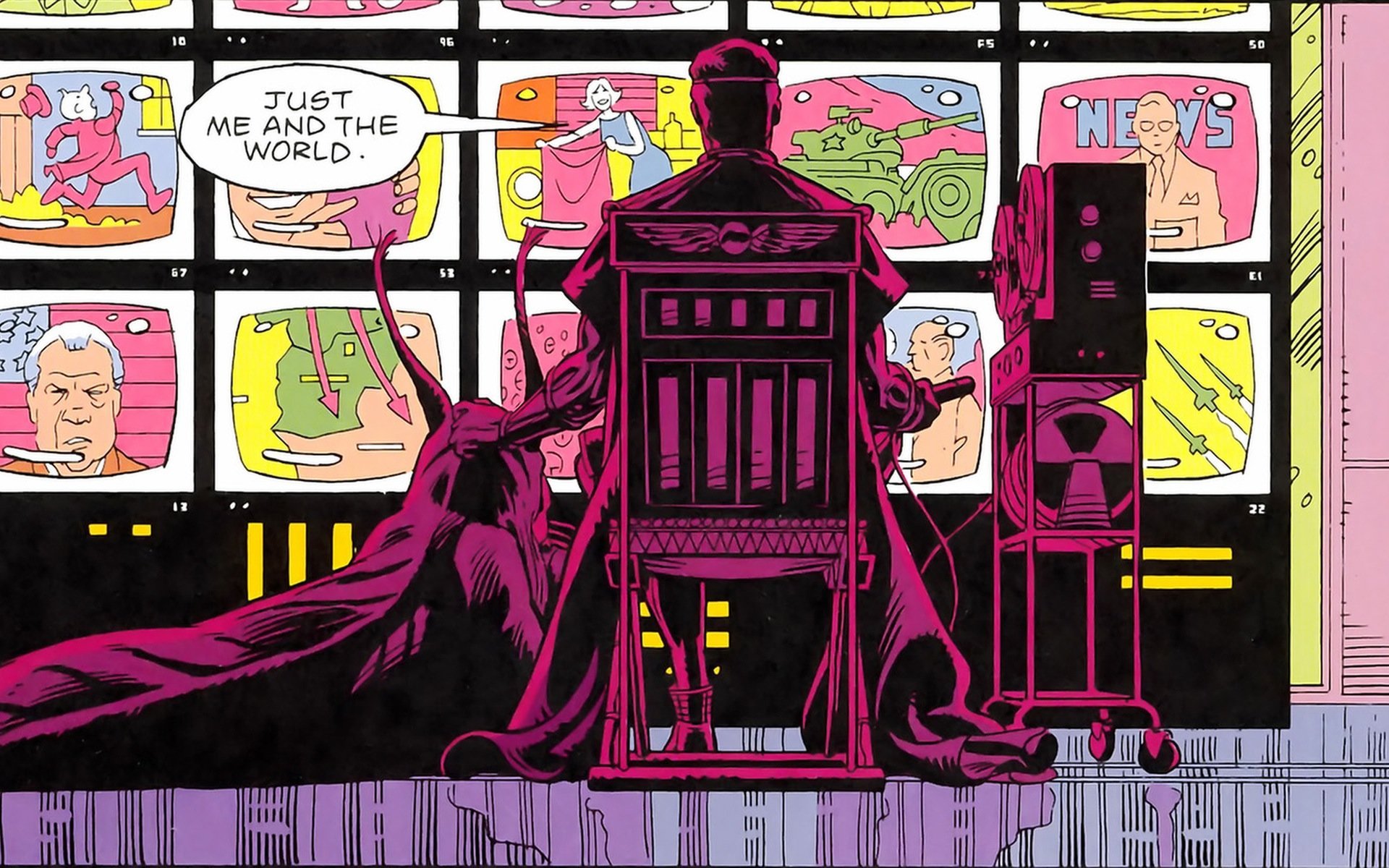 ‘Somebody has to save the world’

The more I hear about HBO’s Watchmen, the more intrigued I am by it. Whether it was showrunner Damon Lindelof’s bizarre letter about the project or how Dave Gibbons quoted the series to temper fan expectation, I can’t help but be excited. Every drip of information is more fascinating than the last and we still don’t even know if this is a prequel, sequel, remake, reimagining, or whatever ridiculous term Lindelof wants to call it.

Now we have some interesting fuel to add to this Watchmen mystery. Rumors have been circulating that Jeremy Irons is going to play the smartest man on the cinder himself, Adrian Veidt, aka Ozymandias. Irons was confirmed to appear in the series in June as an unspecified role, but recently it’s been discovered that his character’s codename for production was “The Blond Man,” who was described as being “an aging imperious Lord… highly intelligent and won’t let you forget it.” Unless this is one giant misdirection, it’s almost certain that Irons will be playing the smartest murderer on the planet.

With that in mind, now we can start piecing together what exactly this project is. Irons isn’t exactly a spring chicken so this leads me to believe that this older interpretation of Ozymandias lends credence to this being a sequel to the comic. That being said, I can buy this being a reimagining with Ozymandias being an old man that’s seen countless wars and is looking to create a lasting peace before he dies, but that’s just my own speculation. No other returning character has been confirmed, but if Ozymandias is coming back, does that mean that Dr. Manhattan may appear as well? Or maybe HBO will do what DC is doing in Doomsday Clock, their sequel to Watchmen, where they have new characters take up the mantle of their dead predecessors. All I can say is that this is quickly becoming one of my most anticipated television series of 2019.