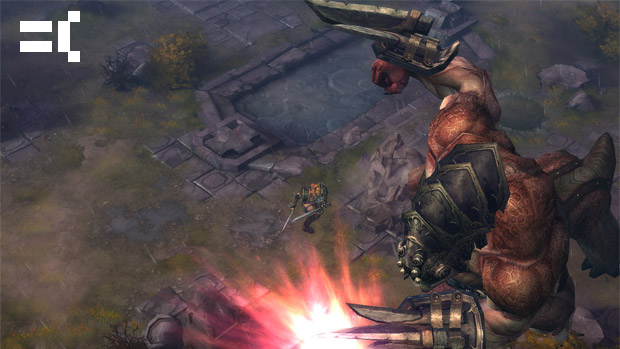 Here’s a bit of sad news for Diablo III fans. So sad, in fact, that if you happen to be one of those “I can never let anyone see me cry” guys, you should probably run off to a secluded area. Like, right now. Go!

Activision Blizzard CFO Thomas Tippl recently talked about how the Blizzard side of the business has been going, and more importantly, when exactly all of the studio’s games are coming out. According to Kotaku, we shouldn’t expect to see Diablo III until 2011 at the earliest.

2010 will be a busy year for Blizzard, what with StarCraft II, the new and improved Battle.net, World of Warcraft: Cataclysm, and whatever else may be in the works. This of course pushes those StarCraft expansions and Diablo into the “next few years.”

As a Blizzard fan, long waits sort of come with the membership. But you know what? It sure would be nice to say, “hey world, I had the chance to play Diablo III before you ended in 2012.” Make it happen, people.