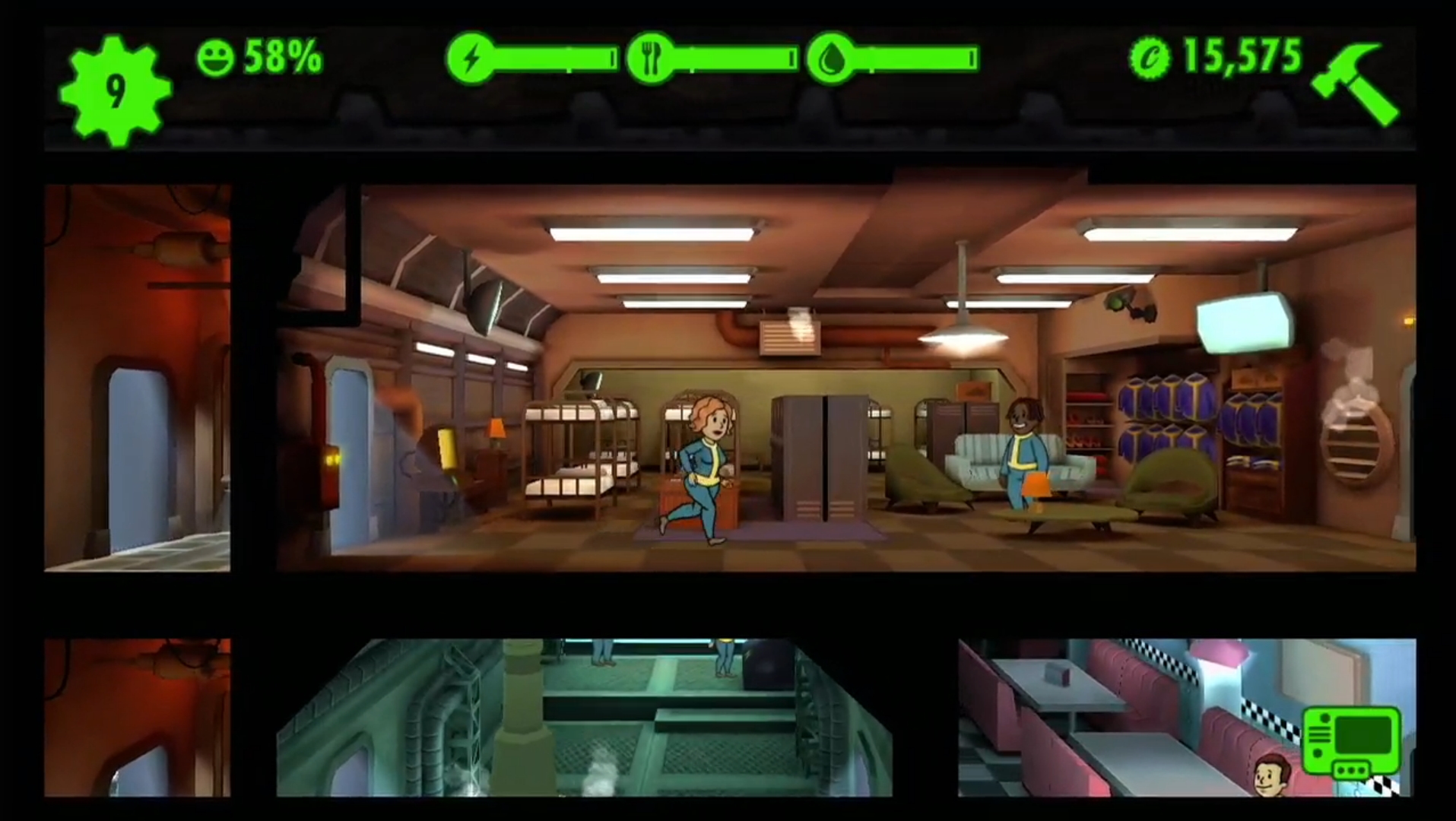 [Update: Bethesda’s Pete Hines mentioned on his Twitter that “we will have info later about [an] Android version.”]

At Bethesda’s E3 press conference, the big draw was Fallout 4, but nestled in the middle of the Fallout presentation was Fallout Shelter, a free-to-play mobile game about managing a Vault.

Bethesda’s Todd Howard describes Fallout Shelter as the type of game the team would want to play, and thus it doesn’t have a lot of the insidious stuff that is often found in free-to-play titles. There are no paywalls or waiting; the only in-app purchases described were lunchboxes for random loot drops, which can also be obtained through playing.

Otherwise, gameplay involves setting different rooms in the shelter, managing how the cartoony inhabitants spend their time, and exercising authoritarian rule by naming their babies for them. Fallout Shelter is planned for release on iOS today. The possibility of an Android version is unknown at the moment.