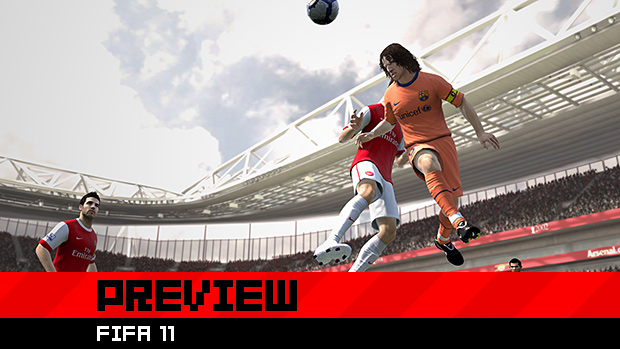 If you followed the World Cup this summer, you may have seen Argentinian manager Diego Maradona, who came to the position after a storied career as a player. In most sports games, player and manager modes are kept separate. I always thought it would be cool if, say, you played through a two-decade career in a hockey game and went on to be a team’s GM. In FIFA 11, you can finally do that.

I recently got some hands-on time with the upcoming soccer game at an EA showcase in New York, and I’m here to tell you about it. Follow me to the jump! 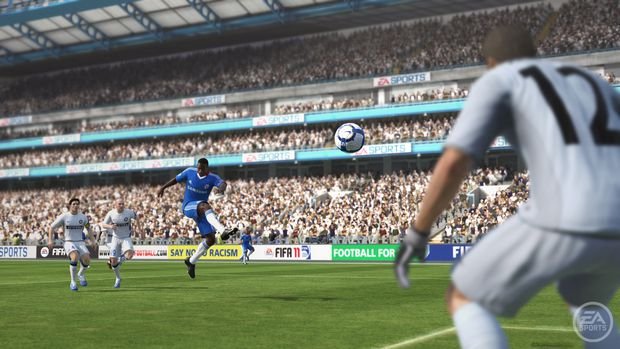 Until now, the FIFA series has had separate player and manager modes, “Be A Pro Seasons Mode” and “Manager Mode.” But the franchise is in the second year of a planned three-year restructuring of the setup. According to the developer I spoke with, tinkering with the Manager Mode without screwing things up was getting increasingly difficult, since it was still running on a foundation of last-gen (i.e., PS2/Xbox/GC) code.

In FIFA 11, EA Canada is combining Be A Pro and Manager into a single 15-year Career mode that will allow you to play as a single footballer on a team, retire from the field, and then become a manager. If you’re only interested in being a manager, you can do that from the start, and you’ll even have the option of being a player-manager. In creating Career mode, the developers have implemented a new statistical simulation engine so the better teams will actually do better in the standings. They’ve also designed a new HUD so navigation is more intuitive, and improved transfer logic as well. It sounds like a major step forward for the series, especially when you consider that managers will be able to set up strategies from the new web-based Creation Center. 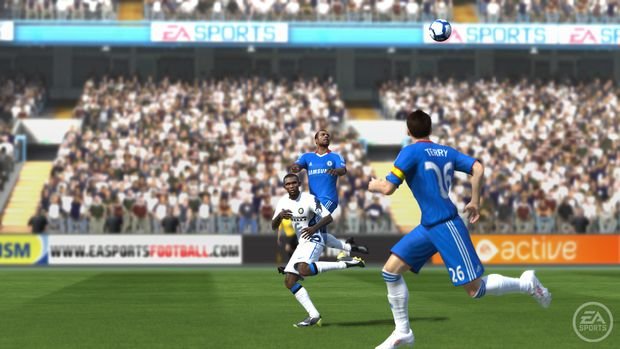 On the gameplay side, the effects of Personality+ will be evinced in player actions on the field. If you’ve got a brilliant passer on the pitch, he’ll be able to make passes that other guys could only dream of completing. (If you’re playing against a CPU team with that kind of player, you’ll notice that he will tend to pass instead of shoot.) Speaking of passing, 360° “Pro Passing” is new this year, so you can finally pass in any direction. When that’s combined with Personality+, you’ll see that your better passers will have a much better trajectory on their passes: with the Pro Passing controls, you’ll be able to put backspin on a lead, for example, so it doesn’t bounce away from the target — assuming that your player has that ability.

Personality+ also has an effect on dribbling and defense. Players possessing more skilled feet will be able to pull off ankle-breaking dribble moves, while lesser players will simply lose control of the ball. Better defenders might have a wider tackle radius, for example. And thanks to the new 360° off-the-ball jostling system, everybody will be fighting for possession at all times.

The challenge in implementing a feature like Personality+ is this: How will players be aware of footballers’ skills? I can’t even legitimately call myself a soccer fan, so I certainly don’t have any idea of who might be an accurate shooter or a strong tackler. EA Canada is experimenting with visual indicators — I saw a prototype of a “badge” icon next to a player’s name in the menu’s roster — but they’re not sure about it yet. It reminded me of the icons under skaters’ names in NHL 2002 on the PS2, where you’d know if someone had a high-powered slapshot or was a big hitter. Another idea is doing it through commentary: for instance, if you controlled a particular player, the commentator might point out what he’s good at. 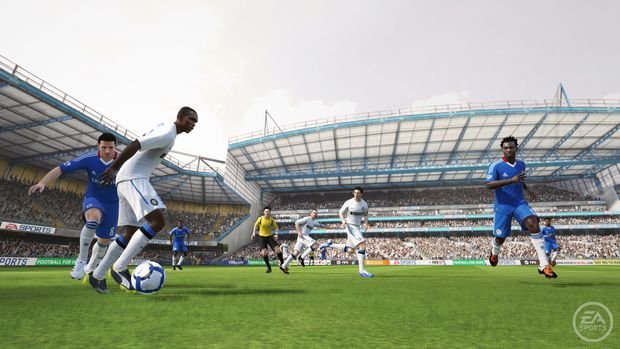 The FIFA franchise is renowned for a reason: EA Canada always does its best to make significant improvements upon the past year’s game. This year’s Career mode seems like a great way to let gamers trace a path through the soccer world and enshrine themselves in virtual history; I’m excited to try it out for myself in a couple of months.

Filed under... #Destructoid on assignment#EA Sports