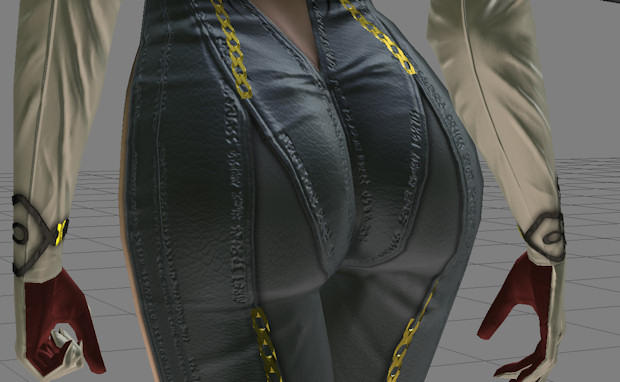 While much has been made of Bayonetta’s strange giraffe legs, the character’s modeler, Kenichiro “Yoshi” Yoshimura, argues that she doesn’t look weird at all. According to the man responsible for bringing the titular heroine to life, she’s actually quite realistically proportioned.

“What I focused on was how to best express the character designs that Mari Shimazaki had drawn — her long limbs and petite head, as well as the beauty of her feminine lines,” he explains. “I have looked at many foreign models for reference in my line of work, and there are people actually proportioned like Bayonetta.”

So there you go, there are freaky giraffe women in real life as well! Yoshi also talks about creating the wireframe for Bayonetta, which according to him was quite a simple process of normal mapping and ZBrushing. Simple to him, but I still haven’t mastered the finer aspects of Microsoft Paint.

Also, her arse is there. Let’s look at her arse.