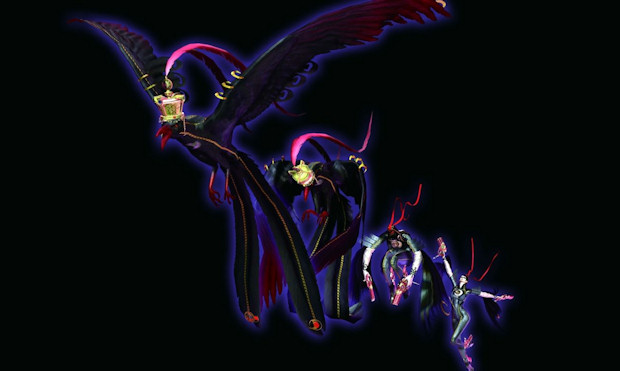 Sega has issued a batch of brand new screenshots today, revealing a number of alternative forms that players can acquire in Bayonetta. The titular hero will have the power to transform into a bird, a dog, and a flock of bats that may or may not be carrying bombs or something. It also appears as if she can summon tiny little hairy skulls. This game is insane.

As well as the official screens, a number of alternative costumes for Bayonetta have also been discovered and posted online for all to see. These new costumes put Bayonetta in a witch’s outfit or a phys-ed uniform. Yes, I like where this is going. I like it very much.

Check out the shameless costumes and ludicrous screens in our gallery.  The game is out in Japan very soon, and hitting the States in early 2010. I cannot wait!