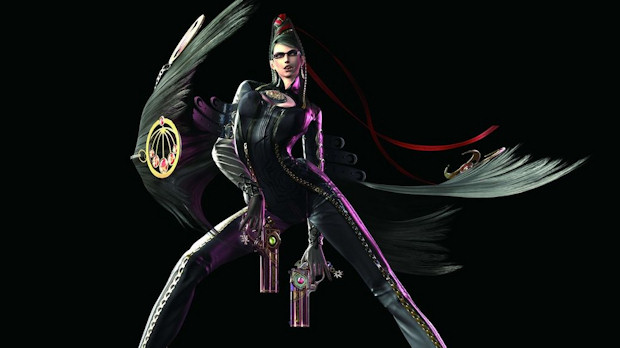 Yes, I know. I only ever write about Bayonetta these days (apparently, writing less than one post a day on a game incorporates 100% of my average ten-posts-per-day quota), but I have legitimate news this time. Sega has today revealed a Western release date for Platinum Games’ sexy action title. North America gets the game on January 5, while Europe will be able to pick it up on January 8.

If you are impatient, you can get the inferior PS3 version of the game via import, since it’s all in English. However, if you’re holding out for the Xbox 360 version or just don’t feel like spending the bucks, you’ve not got too long to wait. In any case, I am incredibly excited for this faptastic game. Of course, since every post I’ve ever written on Destructoid is about this game, you already knew that.

Hit the jump for the PR.

LONDON & SAN FRANCISCO (October 29, 2009) – In the week that SEGA of Japan releases the Xbox 360 and PlayStation 3 action game BAYONETTA, SEGA Europe Ltd. and SEGA of America Inc. can reveal that the perfectly rated and eagerly anticipated third person action title will be the first genuine triple A of 2010.  Offering exclusive pre-order items for the western market, BAYONETTA goes on sale in the US on January 5th and across Europe on January 8th 2010.

This week sees the launch of BAYONETTA in Japan, following the recently published New Game Cross Review in the November 5th 2009 issue of Japan’s most respected games magazine, Weekly Famitsu. The game achieved a perfect score of 40/40 for Xbox 360 and 38/40 for PlayStation 3, with both scores garnering a Platinum award. BAYONETTA is only the 12th game ever to receive a perfect score in the magazine’s history since its first issue in 1986.

“Traditionally high scoring games in Famitsu go on to perform very well at retail in both Japan and the rest of the world.  PlatinumGames set out to deliver a game that redefines the 3D action genre, and we feel that they have set a benchmark for future games in the genre to aspire to,” said Mike Hayes, CEO of SEGA America & SEGA Europe. “We chose a January ship date for BAYONETTA as we firmly believe that it is the best time for SEGA and our retail partners to launch this exciting new IP in the West, and push for a number #1 retail slot. BAYONETTA is a huge title for us and the perfect start for the New Year, both for SEGA and gamers across Europe and America.”

BAYONETTA created a huge buzz at this year’s E3 where it was critically acclaimed by the press, picking up numerous best of show nominations and ultimately winning 1Up.com’s Best Action Game of the convention.

From the creators of Devil May Cry and Resident Evil comes the free flowing over-the-top action of BAYONETTA. Play as BAYONETTA, a witch with powers beyond the comprehension of mere mortals and face-off against countless enemies, evil forces and giant sized bosses in a game of 100% pure adrenaline fuelled all-out action.