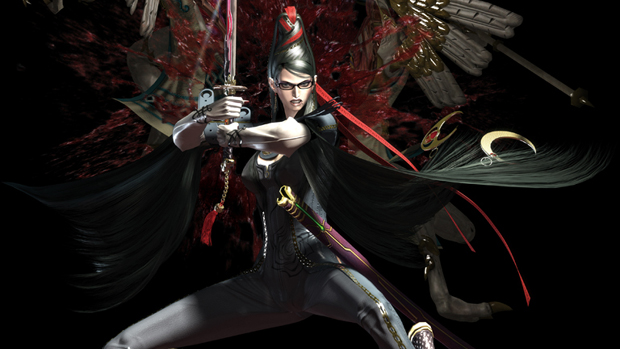 [Note: This post originally had the line” ‘All Women are scary’. Wow.’ ” right after Kamiya-san’s quote. A few readers pointed out that they thought it looked like I was trying to misquote Kamiya-san (which was not my intention), so I’ve taken that part out. Sorry for the confusion.]

Shortly after Bayonetta was released, I started seeing a bunch of articles and blogs pop up stating that Bayonetta was an awesome feminist role model; a powerful woman who was comfortable using her sexuality to get what she wanted. That came as a surprise to me. In my opinion, any character that reinforces the idea that women need to self-objectify in order to get what they want isn’t doing much for feminism.

Not coincidentally, Hideki Kamiya, the creator of Bayonetta doesn’t seem much for feminism either. When asked about his favorite Bayonetta moment, he said –

Well, if I had to pick one, I would say it is the scene where Joy first appears in the game, with Bayonetta and her impostor getting into a pose battle. That was my way of expressing the feminine notion that, to one woman, all other women are enemies. Even women walking by each other will check out what the other is wearing, and might smolder a bit with antagonism. Women are scary.

I’m happy if some of you out there have gained a sense of empowerment and ownership of your own bodies by looking up to Bayonetta, but I still feel like that interpretation of the character is a bit skewed. To me, she’s an empty shell of a character; a shell made from here creators’ sexual fantasies, negative stereotypes, and misconceived notions of the female gender. If she were a guy, then at least she’d be playing against type, but as it stands, I think she’s a step backwards for the depiction of women in videogames.