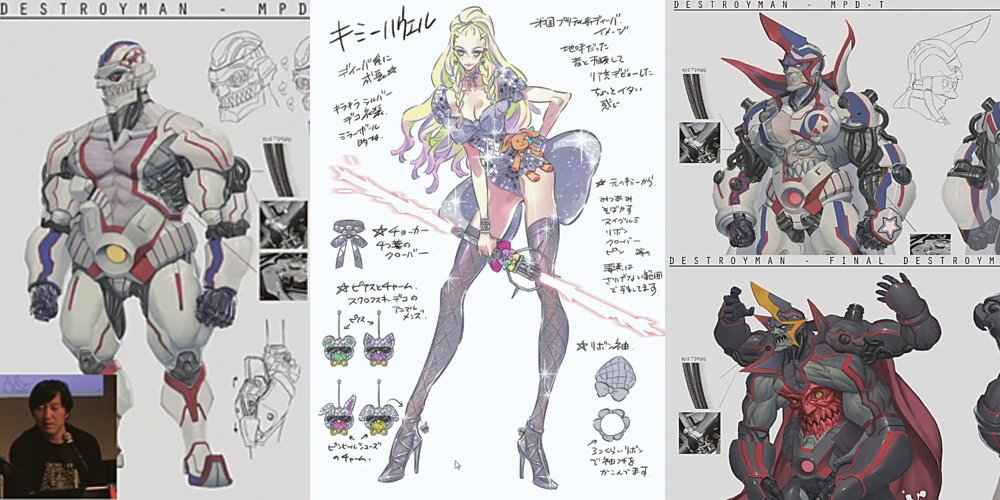 How will they top this Howell?

There are basically two kinds of No More Heroes fans. There’s the group who loves it all, and then the people who totally worship the first game, then just sort of tolerates everything else. Personally, I’m in the first camp. The original was a trendsetter that is yet to be replaced, but it feels cold and detached at times, making replays a bit icy. The sequel is a much hotter ride, emotionally and otherwise. Travis actually cares about a few other people by the end of No More Heroes 2, which was a first for him at the time.

One of those people is Kimmy Howell, a British high schooler who dreams of loving Travis, and also of beheading him with her double-ended lightsaber. In some ways, she could be considered a prequel to Juliet Starling of Lollipop Chainsaw, Suda51’s best-selling game, except instead of killing zombies, she tries to kill you. The formula of budding innocence with bad-girl bloodlust is often a crowd-pleaser, and at this point, no one knows that better than Grasshopper Manufacture.

Platinum Games is no stranger to violent cheesecake either. Bayonetta, their unofficial mascot, follows similar trends as Kimmy and Juliet, though her murderous intent is more pointed at angels and demons than regular folks. That otherworldly feel comes across in this new look for Kimmy Howell from Bayonetta character designer Mari Shimazaki. From the looks of it, the seven years time jump since No More Heroes 2 has been kind to the would-be assassin. She’s all grown up now, her glasses replaced with contacts, her frumpy school uniform swapped for a glamorous mirror-ball get up, and her legs long enough to make up 75% of her total body length. That’s either inspiring or off-putting, depending on who you ask.

This art was revealed in the same IGN Japan live stream where Suda and Swery (director of Deadly Premonition and The Missing) announced that they are working on a new game called Hotel Barcelona, and by “working” I of course mean “drunk dialing various friends and asking them if they will make the game with them.” They make the game design look so fun, don’t they?

Suda also revealed not one, not two, but three new designs for Destroyman, a boss from No More Heroes 1 and 2. I’ve always thought he was a metaphor for some of the more two-faced, ugly sides of the United States, so seeing him grow an actual monster face out of his torso makes sense in a Suda sort of way.

The voice actors for Kimmy Howell and Destroyman are expected to return for No More Heroes 3, which is reportedly about 50% complete and planned for release in 2020. We’ve got a lot to look forward to next year!