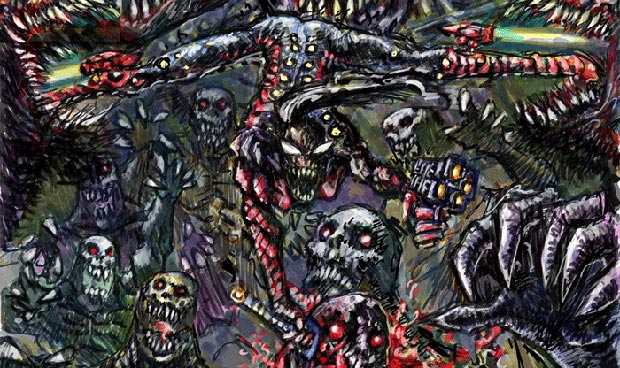 I don’t read a lot of comics, so I’d never heard of Wizard (a comics magazine) until today. But anytime someone hosts a Bayonetta art competition with results like whatever the hell is going on up there, I sit up and pay attention. I mean, seriously, what the f*ck. Vagina dentata, indeed.

While I might quibble with Kamiya’s defintion of “re-envision”—most of the entries seem to mimic Bayonetta‘s original style with very few actual changes—I’m certainly not going to scoff at a chance to a.) call attention to one of the most brazenly over-the-top and openly sexualized games of recent memory or b.) post gratuitous pictures of cartoon cleavage.