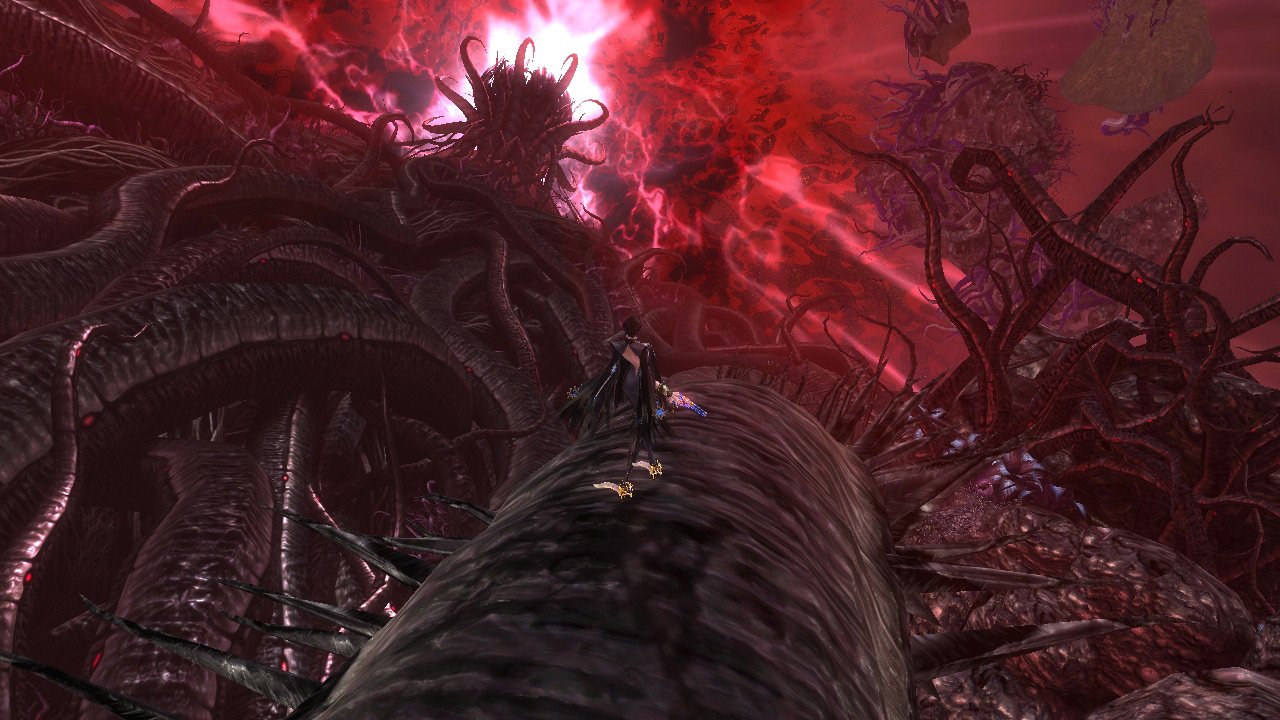 Hell is other games

Hell. It’s not just a children’s soccer game that takes up an entire Saturday morning, but a possibly real place a lot of us might end up if we accidentally choose the wrong religion (I’m putting all my eggs in the snake handling Pentecostal basket). Since Dante wrote that divine comedy, Hell or some variation of it has found itself represented in all forms of media. In film, we’ve seen it in classics like L inferno and Bill & Ted’s Bogus Journey. In literature, it’s the setting for books like Eric of the Discworld series and C.S. Lewis’s The Screwtape Letters. On television, it’s 9JKL. Rather, I’m in Hell when I’m stuck watching 9JKL.

In video games, we’ll perhaps get our most vivid interpretation of it when Agony launches next month on PlayStation 4, Xbox One, and PC. But long before that, my favorite depiction of Hell was created in a little-known game called Bayonetta 2.

Technically called Inferno, we were given slight glimpses of this nightmare realm in the first Bayonetta anytime one of those defeated angels were dragged down to it. In the sequel, Kamiya and company brought their interpretation of the underworld to life in the most skin-crawlingly way possible. Hell here isn’t jagged rocks and pits of lava where the souls of the unworthy are tortured for eternity. Inferno is alive, a connectable series of living landmasses crawling with neon-tinged flora and moving, creeping, crawling fauna.

It’s grotesque. We run along giant centipedes as they connect the floating landmasses that can change without notice. The land throws a fit and suddenly the path we’re on changes. It’s alive, and it doesn’t want me there. Our journey to save Jeanne is littered with battles against insect-inspired demons that would make entomophobics throw the Wii U tablet to the ground and run out of the room screaming.

But that’s just chapter 10. Chapter 11 is an awesome boss battle where Madama Butterfly gets her due and after that is an AMAZING horserace/battle against the Lumen Sage. The entirety is an amazing setpiece in a game made up entirely of amazing setpieces and is easily the best production of Hell the medium has ever seen. 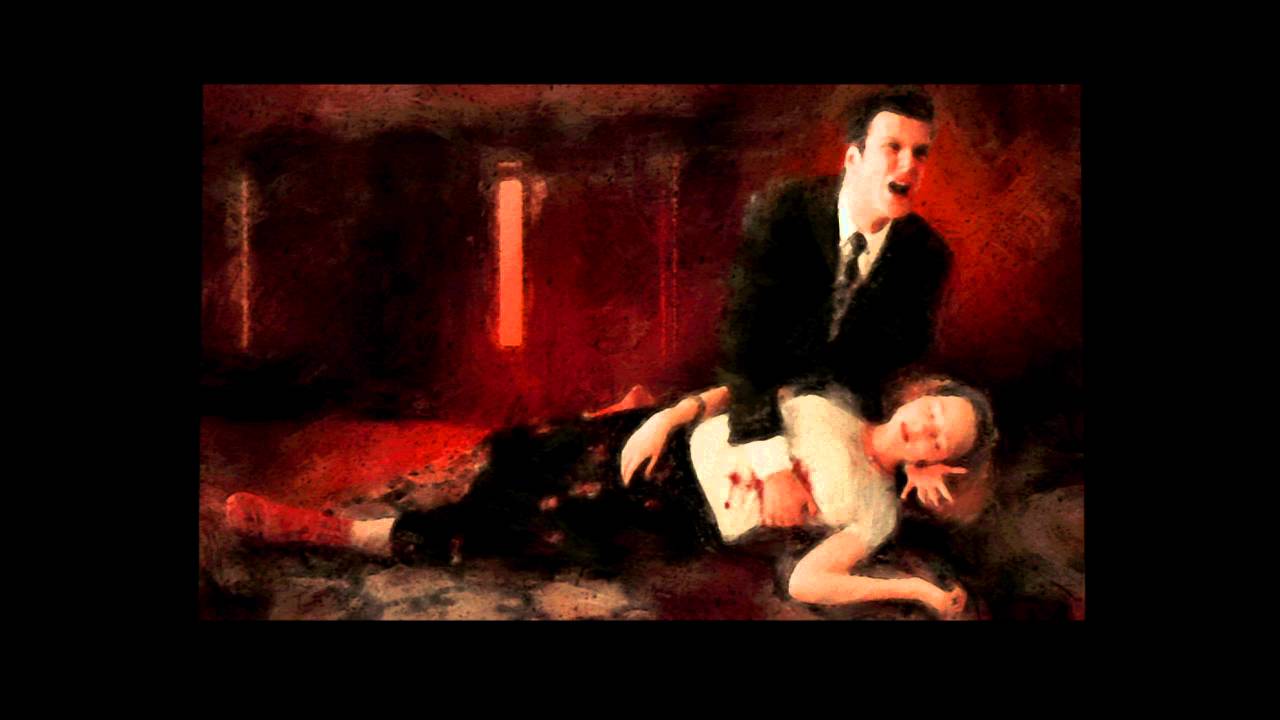 I’m thinking in a more figurative manner, but Max Payne’s life is pretty much hell. The entire inciting action into his miserable life was the death of his wife and child at the hands of some drug pushers. This then spiraled out of control as Max decided to take out the entire underworld of NYC by himself.

You’d think killing basically every mobster in New York would be enough, but then Max’s agony continued. The one ray of happiness he found in Mona Sax gets ripped from him and even his friend Vladimir turns on him. Max never gets a break, which then continues in Max Payne 3 where his life is a total and complete wreck.

Max may not be existing in what we typically think of as hell, but nothing about his life is paradise. The dude pounds drinks and drugs just to numb himself from the agony that is life; nothing is more hellish than that. 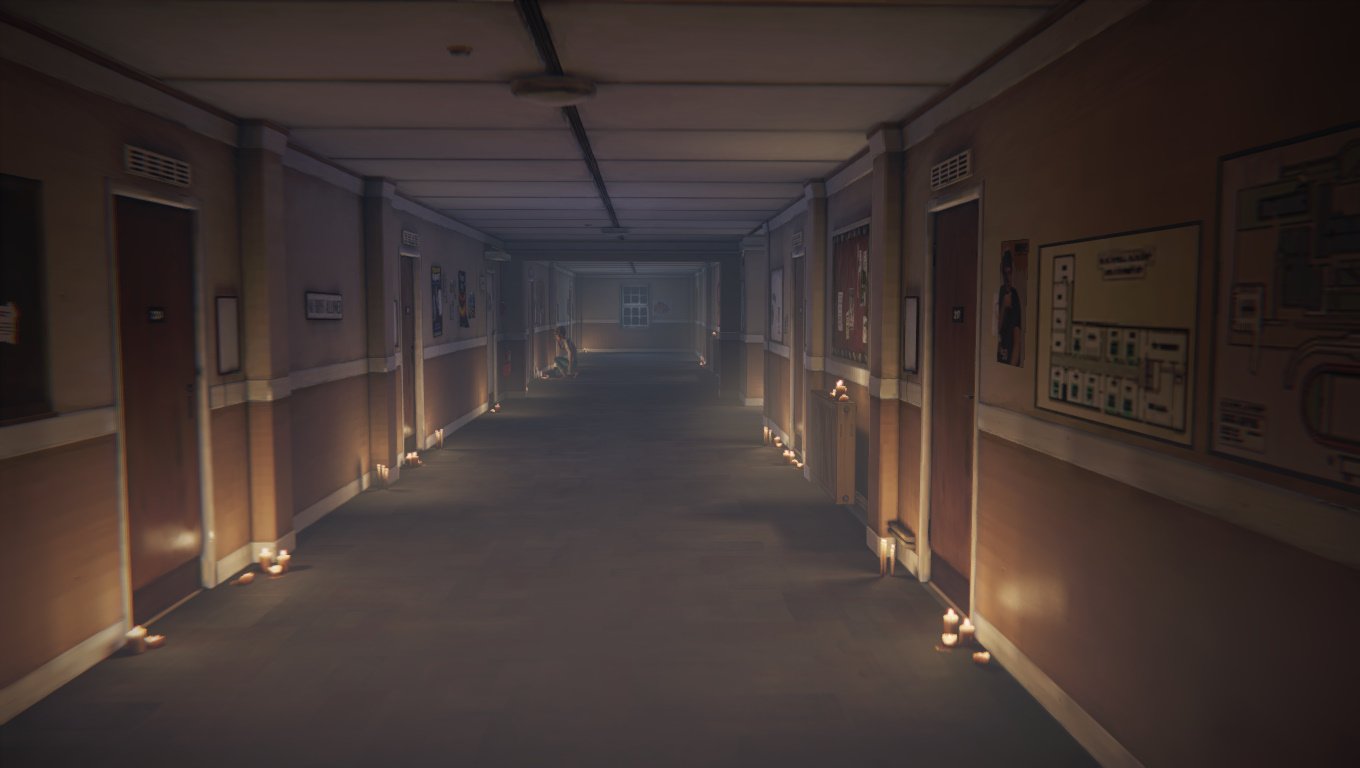 The worst version of hell, for me, isn’t the religious fire and brimstone type of hell. Instead, it’s reliving bad decisions you have made in your life, or could have made, over and over again until it drives you insane. It’s seeing people who are supposedly dead in front of you, weeping and vengeful. It’s also bound together with a feeling of powerlessness, with every single step towards escaping being followed by a swift kick down a flight of the stairs. And, finally, it has to be trippy as all heck.

The twist in Life is Strange unsettled me deeply. I taught young adults in a past job, so the thought that someone could abuse that to fulfill their own twisted desires made me feel rather sick. This discovery being swiftly followed by a maze level, in which you are forced to agonise over the events of the game, as well as hide from said perp, put me on edge in what was otherwise generally a wallflower of a game.

And it struck me that Max’s “nightmares” actually fit the bill of a version of hell since by traveling back in time, she might actually be moving to a different plane of reality. It could be that she abandons the Max that she was before every time she travels back (someone’s been playing too much Steins;Gate…). In that case, some of the versions of reality she sees may be operating on a distorted set of rules that more than qualify these realities as interpretations of hell. I would rather have toasty buns any day of the week than be stuck in an endlessly looping dormitory. 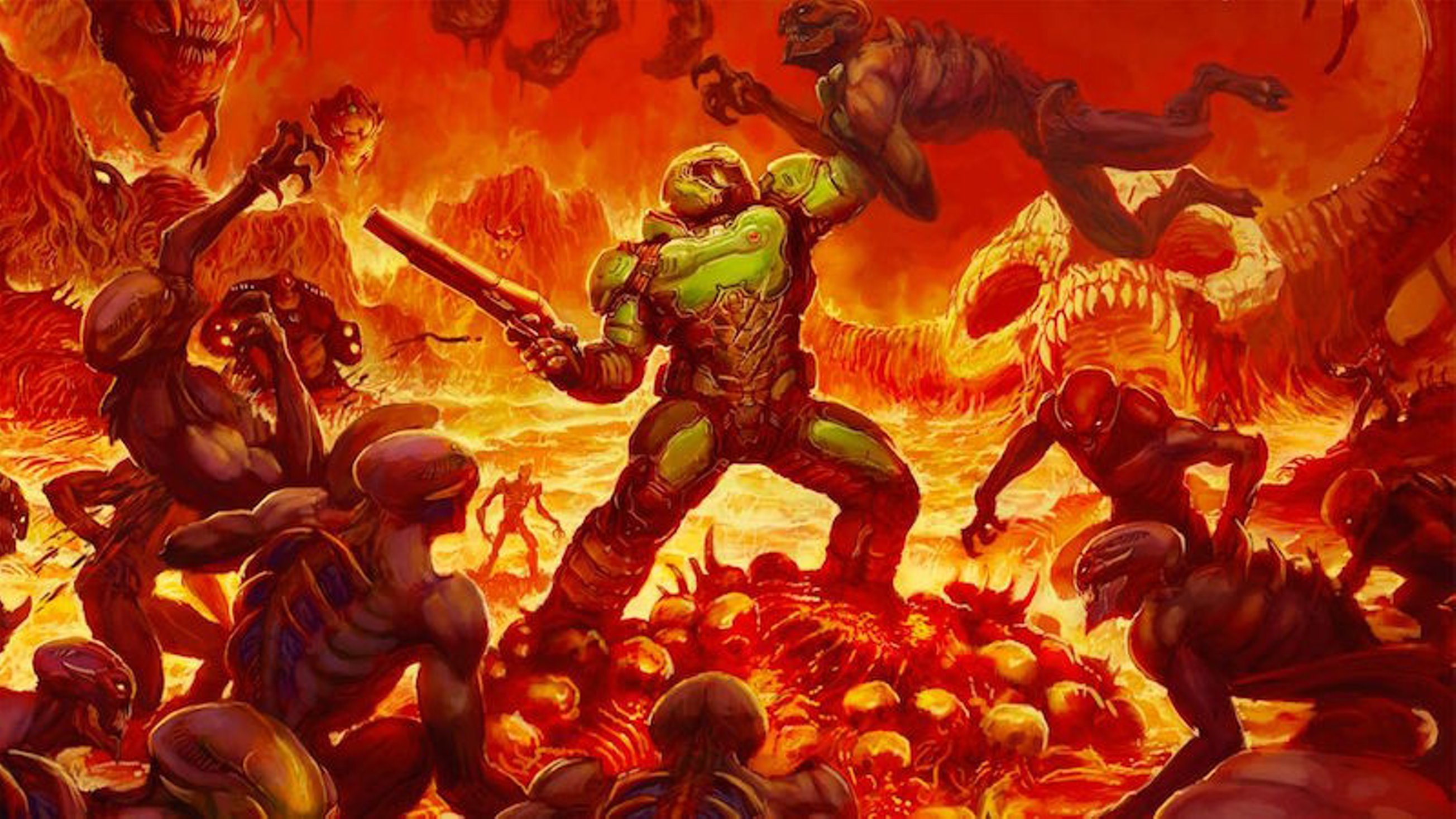 Ah, hell! Many a video game has visited this pit of damned souls, but I say you can’t beat the classics. Doom‘s version of hell is about what you would expect. Fire, brimstone, horrible demons, and if 2016 Doom is to be believed, it’s also the key to clean energy.

It isn’t the look of Doom‘s version of hell that makes it so interesting to me though, rather it’s how silly it makes the whole thing. Opening a portal to the underworld on Mars is the perfect 80’s action movie level of stupid, and the way Doom guy simply blasts his way through hordes of demons like a holy avenger is perhaps the greatest part of it all.

The original Doom may not make hell look all too interesting, but 2016’s Doom was one of my favorite games of the year for a reason and portals to hell opened on Mars are a big part of it.

My pick may be a little premature. For all I know, CJ will ask us what our favorite womb levels are next week, and I’ll have to yell “abort!” as I’ll already have blown my load on this week’s choice, but I can’t help it. The Fetus of God stage from Darkstalkers 3 is both my favorite Hell level and my favorite womb level of all time. They go together like chocolate and peanut butter, except the chocolate is made from phallic demon nubs and the peanut butter is congealed embryonic fluid.

The team behind Udon’s recently completed Street Fighter Vs Darkstalkers comic series knows this all too well. The entire eight-issue story revolves around the conception and birth of that big old creepy fetus, and it’s magic from beginning to end. It’s definitely worth checking out for fans of either series or for those that just have a strong urge for kung-fu horror schlock. 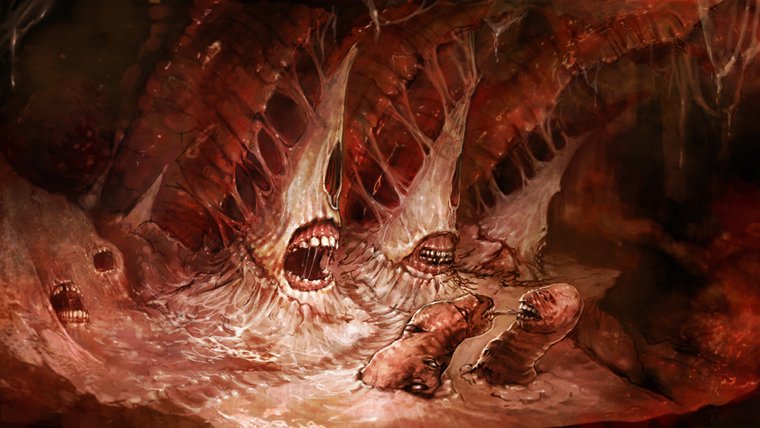 As much as I love Bayonetta 2 (and I love that game more than a lot of things) the correct answer to CJ’s question is clearly Dante’s Inferno. Unlike modern depictions of hell that usually reserve themselves to images of skulls, fire, and gore, Dante’s Inferno is a bricolage of gore and fire and succubi, gluttons, and dead babies. Also, cocks.

It’s set in Dante Alighieri’s depiction of hell as laid out during the epic Divine Comedy‘s first part, Inferno. That means there are 9 circles of hell, all with varied art designs and unique enemies to challenge the player.

The gameplay wasn’t original for its time, but Visceral Games (R.I.P.) put its bloody heart and soul into the art direction and sound design for this game. It’s an action game that makes you shit bricks when new enemies try to murder you. It’s haunting, grotesque, and totally fucking rad. 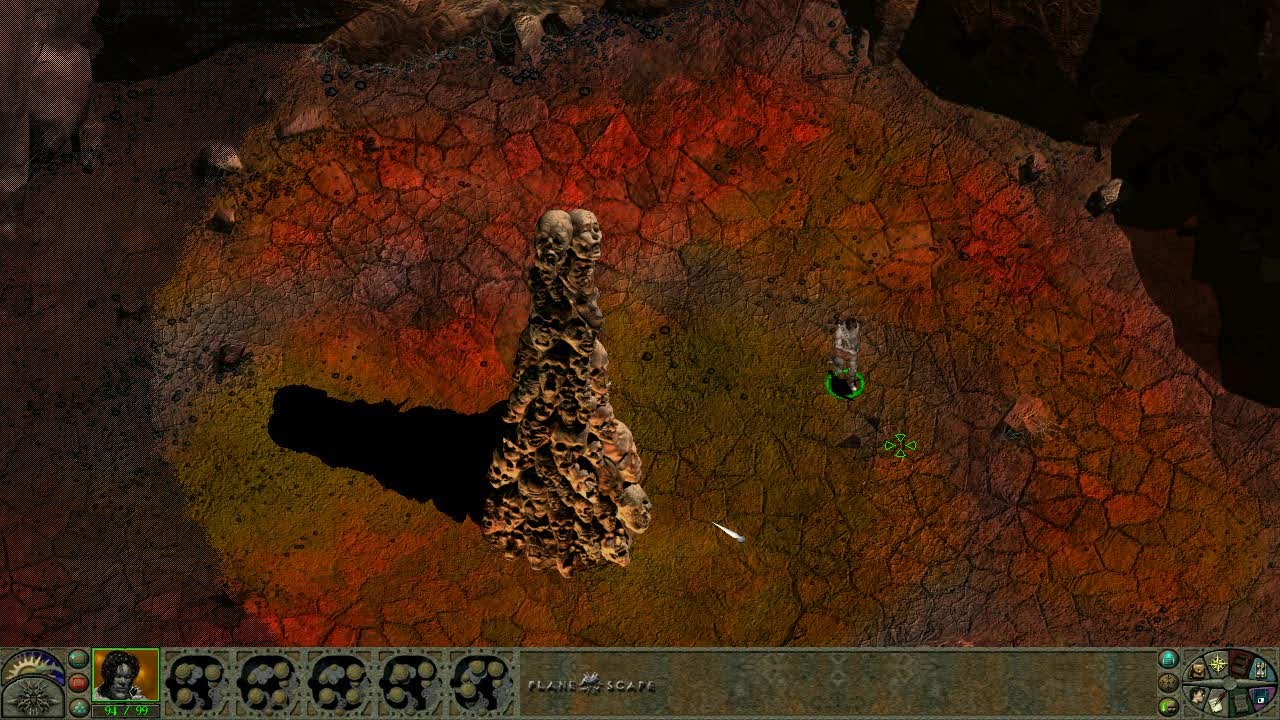 For my coppers, the best game depiction of Hell is from Planescape Torment, mainly because it, and the rest of the game, are what turned me on to appreciating fantasy fiction. It’s not thanks to any really cool visuals, given that the game was looking kind of old even when it was new. The part of hell you visit isn’t even a very interesting stage, just a pile of reddish rocks arranged in a vague maze shape and populated with monsters and some key encounters.

At the same time, though, the depiction of hell, or rather, The Nine Hells, in Torment‘s writing is what drove it home for me. Learning about D&D’s unique conception of hellish creatures, the differences between “demons” and “devils”, and D&D’s cosmology, helped me see just how weird and interesting fantasy fiction could be. I’d credit the experience of playing Planescape Torment with spurring me to buy the Manual of the Planes, Fiend Folio, and other D&D sourcebooks. To this day, when someone in fiction tells someone else to “go to hell”, I mentally respond with “OK, which layer?”

Such great depictions of hell it’s enough to make you want to become a sinner!