Now, hear me out

I learned something this week. I learned that humanity is a giant dumpster just waiting to be tipped over by a reasonably sized space rock. I learned that the only consolation for the insanity and the atrocities we have committed as a species is the fact that one day the sun will expand to such a point that the surface of our blue-green planet will boil all life out of existence creating a whole new, fresh start for life. People are just too terrible to one another.

No wait, that’s not it, I already knew that.I learned that I fucking despise Battletoads. 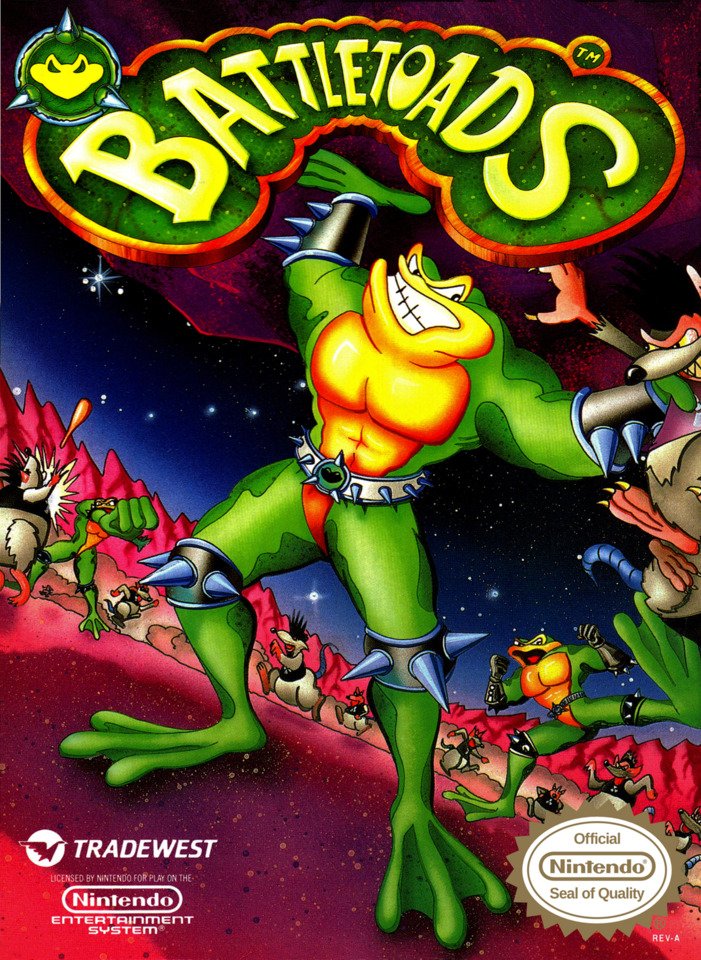 Yeah, I know, another contrarian post from a video game blogger who is way up his own ass. But hear me out here. Do most people really like Battletoads? Whenever I talk to anyone just about it, the pre-baked response is always, “I loved it. It’s one of the best video games on the NES. I could never get past that bike level though.”Like, do you even realize what you’re saying? The infamous Turbo Tunnel, also known as “the bike level,” is the third fucking stage in a thirteen-level game. The first two levels are little more than a tutorial. No; that’s not even fair, because they aren’t preparing you for most of what the rest of the game is in the first place. You effectively experienced the intro to the game, were crushed by it, and gave up. How do you “love” it? 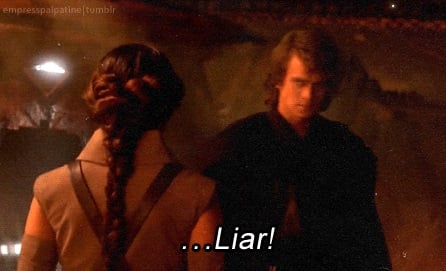 In the first two stages of Battletoads you are introduced to the basic mechanics in what is essentially a beat-’em-up style of gameplay akin to Streets of Rage or Teenage Mutant Ninja Turtles. These are the stages everyone remembers playing with their siblings or friends. After that, almost like a sick joke, the game does a complete 180. And from the Turbo Tunnel onward, it becomes a strict test of memory, patience, and reflex where almost every single screen requires the utmost awareness and precision to carry on. Even the stages which play closer to the first two are far more demanding, chock full of instant death spikes, off-screen attacks, and tricky platforming. Though each stage is mechanically different from the last in some way, the Turbo Tunnel is far more reflective of what the levels afterward will be like. So much to the point that the first couple of stages feel like an almost completely different game.

That is pretty jarring. Imagine if you were playing a golf game and then it suddenly turned into Contra after two holes. (Actually, that might be pretty rad. Fuck golf games unless they’re called Neo Turfmasters.) Sometimes this works really well; watch the movie From Dusk ‘Til Dawn if you don’t believe me. This makes Battletoads pretty unique for the time. It’s also insanely impressive on a technical level. The game is bloody gorgeous, and the sheer amount of stage variety is almost unprecedented for that time.

But fuck me if it’s not annoying. 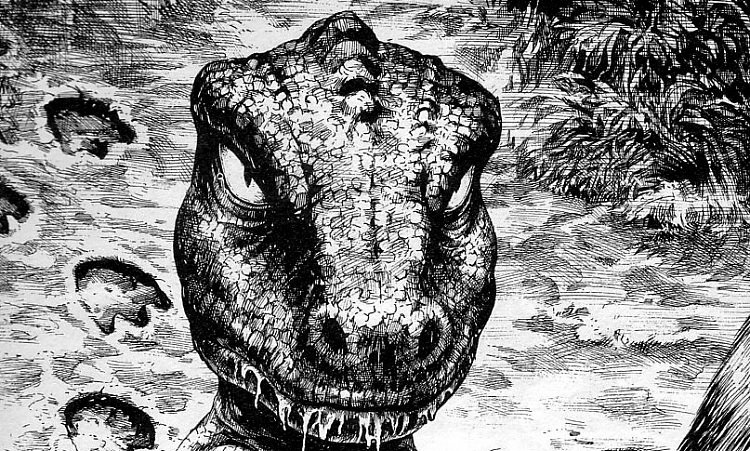 I’m 31 years old. I can’t stress how depressing it is that I have been playing Battletoads every year for most of those years, and still can’t consistently get past the seventh or eighth stage. I watch people speedrun this game, master it, tell me “it’s not that hard.” And you know what? I believe them. I believe that if I really put in the time, sat down, and mastered it, I could get through the damn thing once and for all. I have mastered some pretty difficult games over the years. But this one eludes me, and so does its stripped down, fuck-you sequel, Battletoads in Battlemaniacs on the Super Nintendo.Battlemaniacs is nothing more than a redux of the original in many ways, stripping the game of all the fat, leaving only the most brutal stages left in the mix. The first stage is one of the best beat-’em-up levels in all of gaming; tough as nails, tricky to master, beautiful to look at and listen too. But like before, after it’s over, it’s business as usual. The tree stage this time around is made tougher by spikes that jut out of the level, ending in a tense, fast-paced drop that has you navigating a windy, narrow trench with razor sharp pencils on either side of you that will quickly end your run and eat through your extra lives. 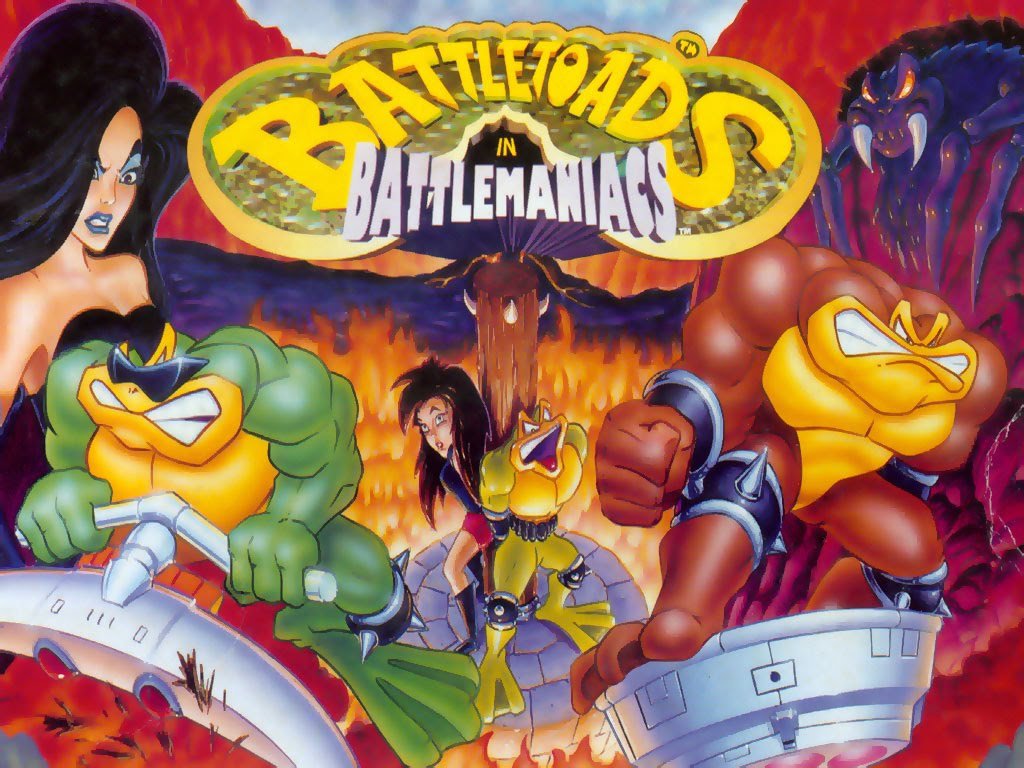 But then we get a breather; a bonus stage! And the graphics and music are fabulous. The music rocks so hard that they use it again as the final boss theme, and it fits perfectly in both places.

Then, the Turbo Tunnel hits.Holy shit.

People complain about the first one but this iteration is no-nonsense. Right away without any lead up, it tosses you on the bike, and your very first obstacle is a jump obstacle. The rest of the stage is relentless. You not only need to avoid all the shit coming your way, but make perfect jumps, and even know what ramps to avoid so you don’t slam frog-face first into a mid-air stone wall. It’s absolute brutality.

There are only three full levels after that, and they are a fucking nightmare. Like the Turbo Tunnel, they are amped-up versions of the NES Battletoads stages. You can play through the entire game in about 25 minutes if you perfect every level. But I have spent years on the game, and have never made it past the snake level. 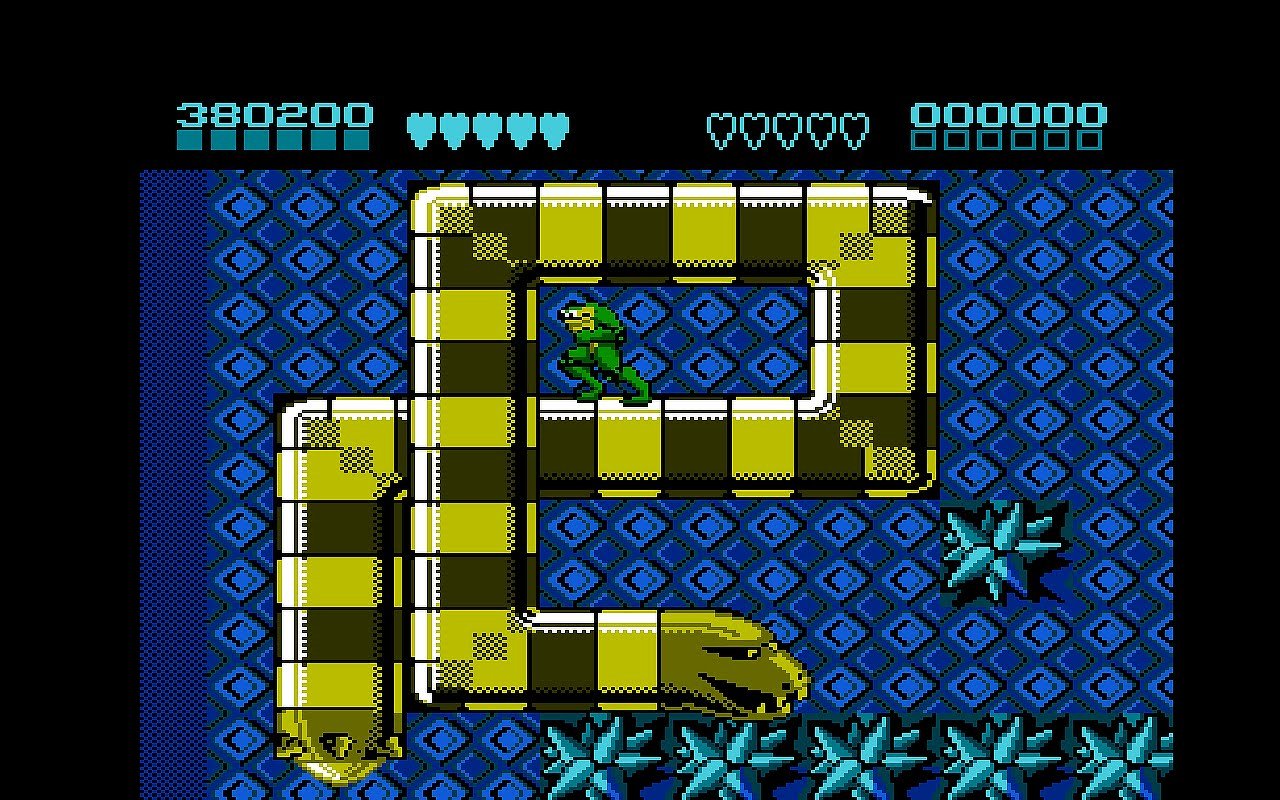 This is starting to sound more like an “I Suck at Battletoads” article, which is also true. But what pisses me off about Battletoads so much is not simply that it’s “hard,” but that it almost seems to be designed out of spite for its player — which simultaneously is also where its genius lies. A game being easy or hard has no bearing on the quality of it, and we so often confuse difficult games these days as being “good.” That is why we have an entire genre now called “Souls-like” meant to emulate the pain of Dark Souls. Like the endless bloom of heavy metal sub-genres, we are further tearing games down to their basic differences within the broad categorizations of gameplay styles they fall into and cloning them beyond saturation to capture the original thrill that a somewhat unique title managed to endeavour. So for a game of the early nineties to effectively be mocking braggarts who had the free time and skill to conquer most other titles with ease, even if this was entirely unintentional on the part of Rare means that Battletoads stands out from the crowd despite perhaps not actually being all that fun to play for anyone but dour masochists.

Am I saying Battletoads is a bad game? No. I am not enough of a ponderous contrarian to make such a bold statement. Sometimes games are overrated. But I don’t think Battletoads is one of them, ultimately, despite how much it pisses me off. My relationship with Battletoads is love-hate. I don’t have much fun playing it. I throw my controller in frustration every single time I pick it up, and promise I’ll get rid of it, will never touch it again for my own sanity. But somehow, year after year, I keep getting dragged right back in despite knowing I will never have the patience to finally overcome its challenges. 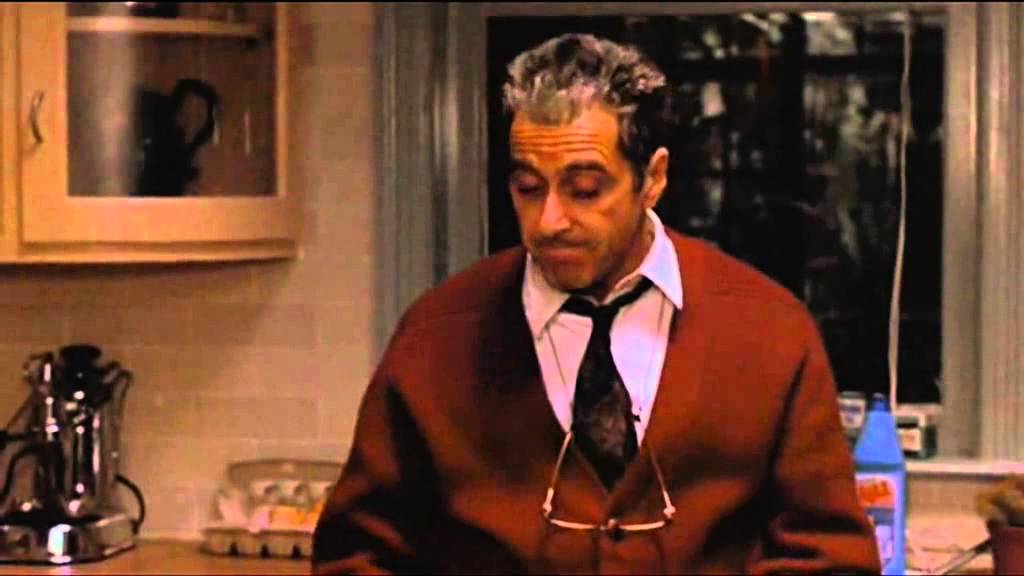 I think it says something about me as a person. My whole life has been fraught with challenges, like anyone else, but I have always looked at myself as a failure despite facing most of them. It’s a terrible way to live. I get praise from people all the time — “you’re a good dad,” “you work hard,” etc. And it has never registered with me as anything I’ve been able to accept. I find compliments uncomfortable. Life so often feels completely out of my control. Anytime things are going smoothly, I chalk it up as a lucky boon with the inevitable outcome of failure. In the grand scheme of things, I’m right; eventually, like in Battletoads, the game comes to an end. I have accomplished most of my major life goals, simple though they might be, but I am a simpleton after all. And there is something in my idiot reptile brain that makes me hammer my head against the wall on challenges that seem insurmountable until I get them right, just to be able to say I did, and not necessarily because I enjoy doing so.I don’t like Battletoads. I think it’s brilliant, beautiful, one of the best games on both the NES and Super Nintendo, but I don’t find it very fun. It’s a brutal obligation. It’s reflective of my own insecurities as a human being who just can’t say “enough is enough.” It illuminates the obsessive determination and focus that I tend to apply to completely mundane and worthless endeavours, while the rest of the world seems so focused on getting rich, bettering themselves, learning new skills. Rapidly approaching middle age, I barely know how to do anything, still don’t have a “career,” still haven’t “made it.” But instead of buckling down and getting shit done, I choose to pick up a plastic controller and consistently fail at defeating a video game I barely have any fun with. 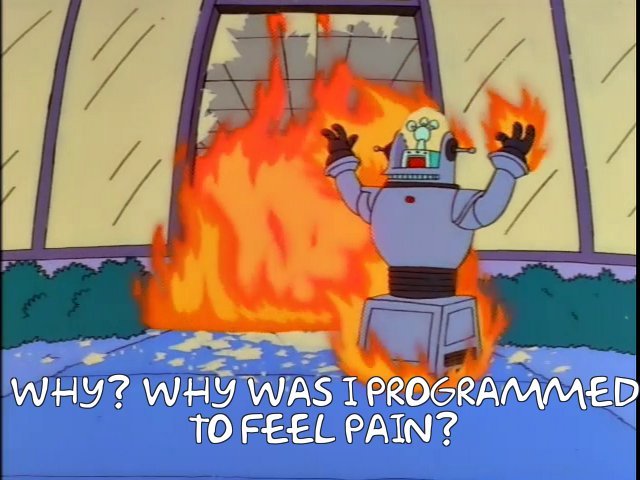 I can’t stop playing brutally difficult games despite not enjoying them, likely out of stubbornness, out of a need to feel like I have some sense of control. And when I do eventually beat one, I’m not elated for more than a few seconds. It’s like the empty, lonely self-awareness a lot of men feel after sex. It’s done. It’s over. The biological imperative has been fulfilled.

I never want to beat Battletoads because I know that it will be one less thing for me to focus on when I’m feeling down about life in general. I know that the thrill of sweet victory will be short-lived, that it will quickly be replaced with that vacant feeling of “what now?” The journey is more important than the destination. After Frodo throws the ring into Mount Doom, he still has to suffer the pain of his journey after. The relief does not outweigh the countless time spent struggling to reach the destination. It is the struggling that makes us grow. When there is victory, when we cease moving, we become stagnant. And even in the realm of entertainment that is video gaming, this stagnancy ultimately leads to dissatisfaction and apathy. Challenge is the backbone of video games.

So ultimately, what I’m trying to say is that Battletoads is a mean stupid poo poo game, and it can kiss my big fat ass.