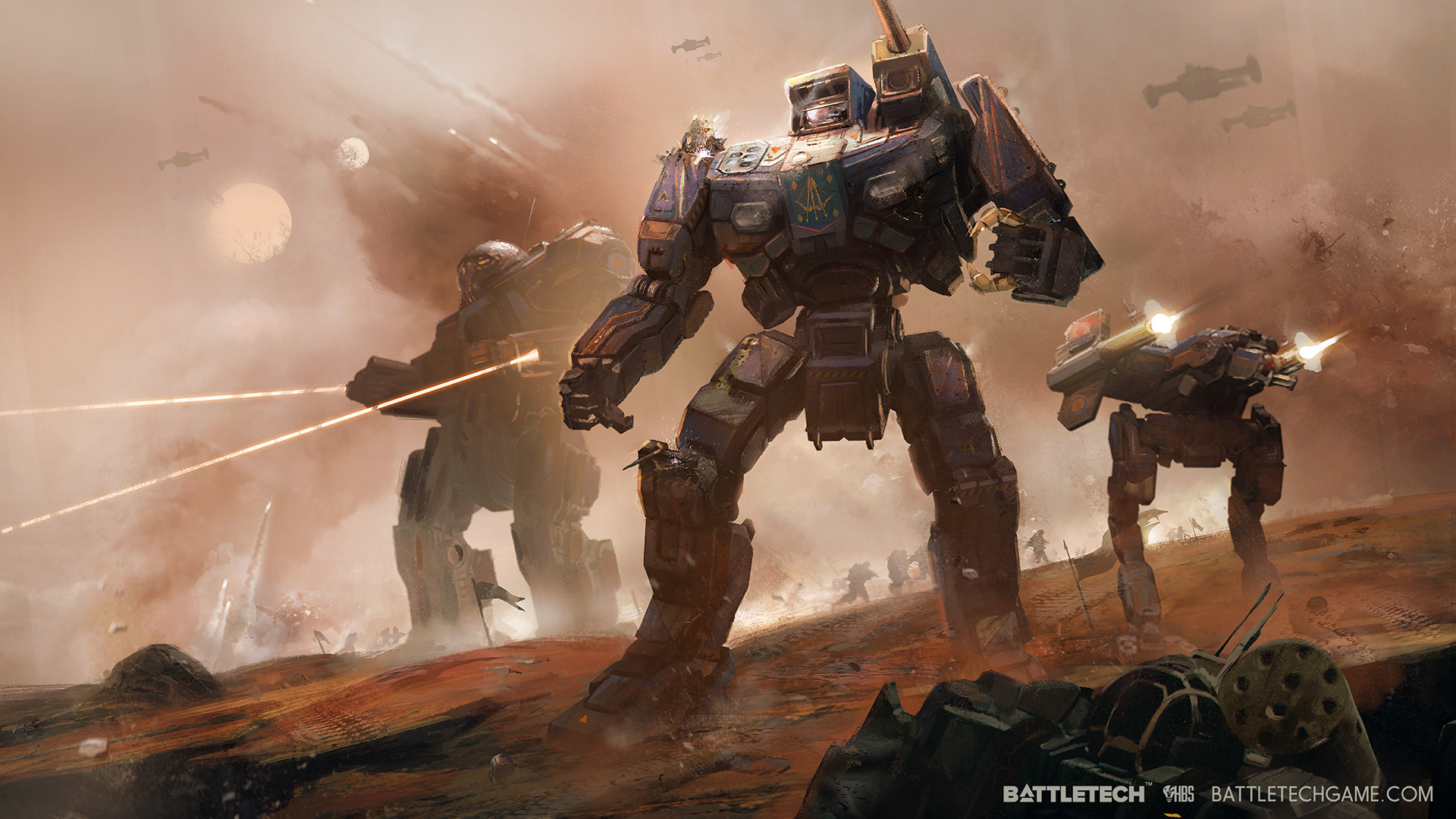 Hands-on with the BattleTech beta

Developer Harebrained Schemes crowd-funded BattleTech in 2015 to the tune of nearly $2.8 million. It was a little less than both Shadowrun: Returns and Shadowrun: Hong Kong combined. That reward was probably earned, given that the preceding Shadowrun games turned out quite good, and that Harebrained Schemes’ co-founder created the medium-spanning BattleTech franchise over 30 years ago.

You, my fellow gamehead, may know the franchise from the not-so-recent-wow-how-long-have-I-been-doing-this-job MechWarrior Online. I remember sitting (at 6′ 2″) in the back of a Mini Cooper and driving 45 minutes to, like, San Jose to preview that one. I was in the back because both other passengers were taller still, which also meant their seats were far back, and I’m pretty sure there were some vertical blinds or a kayak or some other stupid large object stuck back there with me. Anyways, our own Nic Rowen has written some would say obsessively about it in the years since.

But, to be clear, Battletech isn’t MechWarrior Online. Rather, it’s a “turn-based, squad-level tactical game.” “XCOM with robots” is good enough for me once I drown out the “they’re mechs not robots” jeers. Its goal is, “bringing the vision of the original tabletop to life,” and Harebrained Schemes is just about the perfect team to do that. With a little help this time, as the team announced a couple weeks ago that Paradox Interactive would serve as publisher. Harebrained Schemes did go with a publisher (after self-publishing the Shadowruns) for the Souls-like Necropolis, though that didn’t pull in almost $3 million in crowdfunding.

Now, what I played at Paradox Con (and then a bit after) is the same thing you have access to as of right now: the beta. And outside of typical beta caveats (load times are long!) it importantly doesn’t have any of the single-player content, which is the bulk of BattleTech (multiplayer was the last stretch goal) and the part I’m most interested in.

In it, you command a team of pilots, deploying four mechs into the field at a time, as head of a roving mercenary outfit. You vet your pilots, pick your mechs (down the the most granular detail), and kind of do as you please. “Your job is not to kill everything on the battlefield, your job is to make a profit,” Weisman noted. Retreat is not cowardice in the name of capitalism, and if you’re getting the canons blown off your lumbering killbots it might be better to withdraw and protect the investment than hope ‘ol no-arms can grit out an unlikely win. 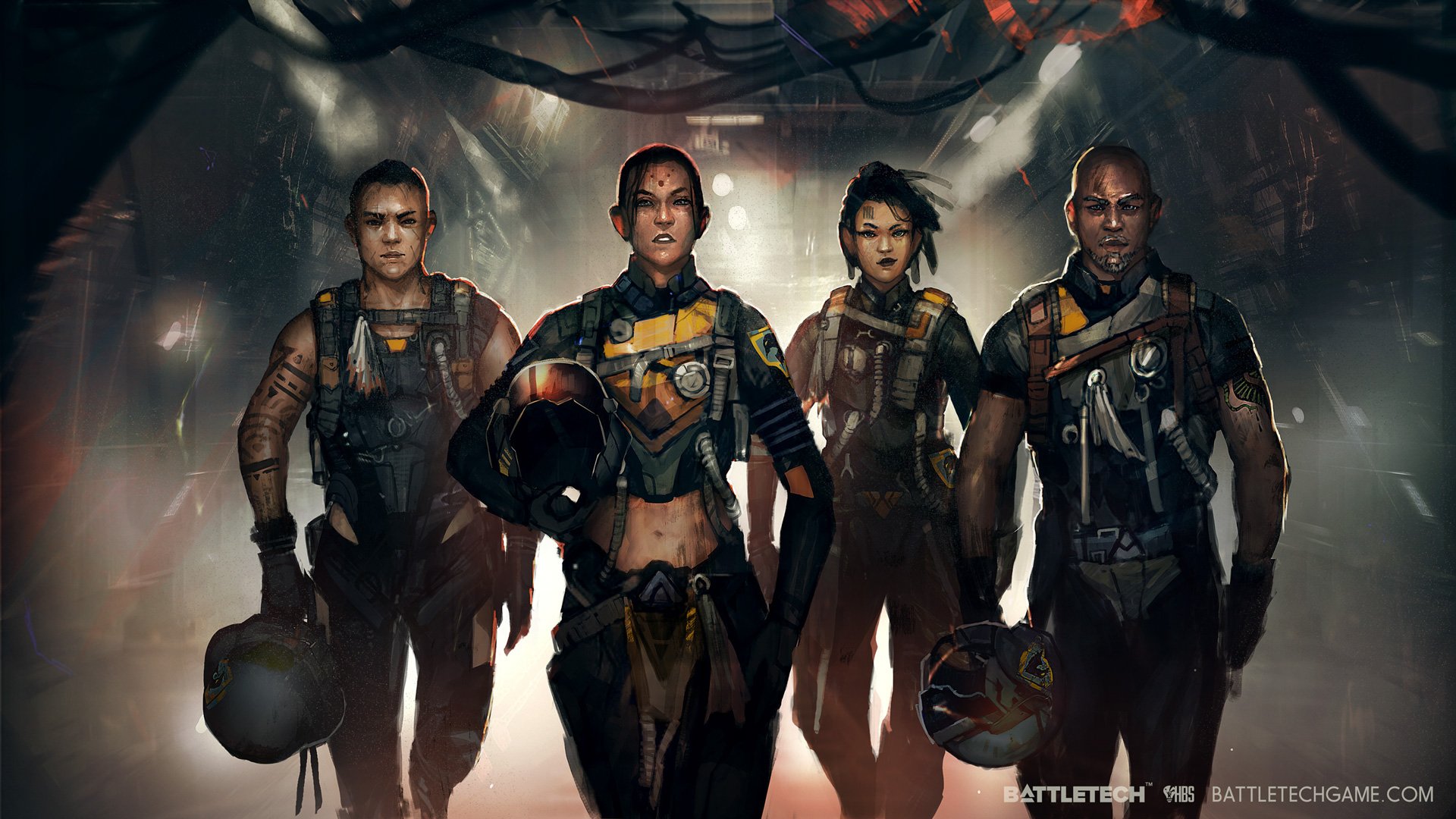 I went for “XCOM with robots” short-hand because the tactics section of the gameplay — the robot fights, rather than mercenary management sim — is in that vein. It’s turn-based and tough. But it’s got some comparative layers of complexity that bogged me down in my first few hours compared to, say, the new XCOM. The turns work differently, for example, with several turns per round of combat and the ability to “reserve” (to pass, basically) turns to wait and see what your opponents do or queue up more simultaneous actions.

Units also have a lot of different weaponry all firing at once and you can toggle what you want to unload with (depending on hit chances). More important than ammo, at least so far, is the threat of overheating after you brap brap. And there are certain spaces on terrain that mitigate that; water, for example, does wonders to cool off hot bots. While the terrain effects are helpfully explained, there are a lot of numbers and bars less-explained, especially with no tutorial for the time being. It’s a lot to be dropped into and a bit obtuse for the time being, but easily remedied.

In keeping with my own struggles to get through skirmishes any other way than barely limping by, I can’t tell if there’s a more effective strategy than just marching each unit forward until the fog of war reveals enemy units. So far any time I’ve tried to send someone flanking, they’ve just ended up woefully out of position by the time shots ring out. Which is especially rough because this time around the mechs have melee attacks, which can help in unsteadying opponents, leaving them open to being knocked down and subsequently blown to shit. There’s even a high-risk Death From Above melee/jump combo. I used it a bunch in one round that ended with me left with one light mech and one medium mech with its main weapons blown off against an opposing medium mech with its main weapons blown off. Watching these asshole headbutt each other was like sitting through two Pokemon down to just Struggle.

All that said there’s a good base here. The maps (you can currently choose from a few at varying times of day/weather conditions) are gorgeous and the battle bots look solid. I’ve had a New York accented pilot who’s just tyna pilot a mech ovuh heyuh, which is delightful. It feels, perhaps appropriately, a bit more lumbering than its contemporaries, but I’m also not great at killing mechs yet. The real test will be in how the single-player comes together, but for now you can enjoy making robots sock each other.