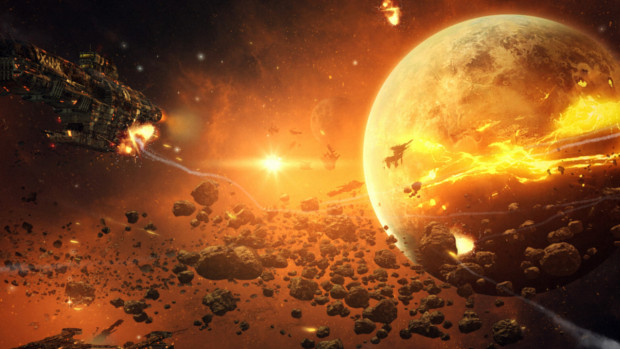 The developers behind Battlestar Galactica Online are working on a new space game, called Entropy. Entropy is out now on Steam Early Access, so you can check it out for $19.99 if you want to. It looks a lot like EVE Online to me, but with less spreadsheets and sadness.

The developer, Artplant, describe the game as “a sandbox science fiction MMOG (massively multiplayer online game) with a strong focus on freeform gameplay and large-scale space combat.” The Early Access release includes multiplayer space combat, a player-driven trading system, mining, salvaging, exploration, and a dynamic missions system. That’s a lot more available than some other titles on Early Access, so it sound’s like a good buy to me for twenty bucks.