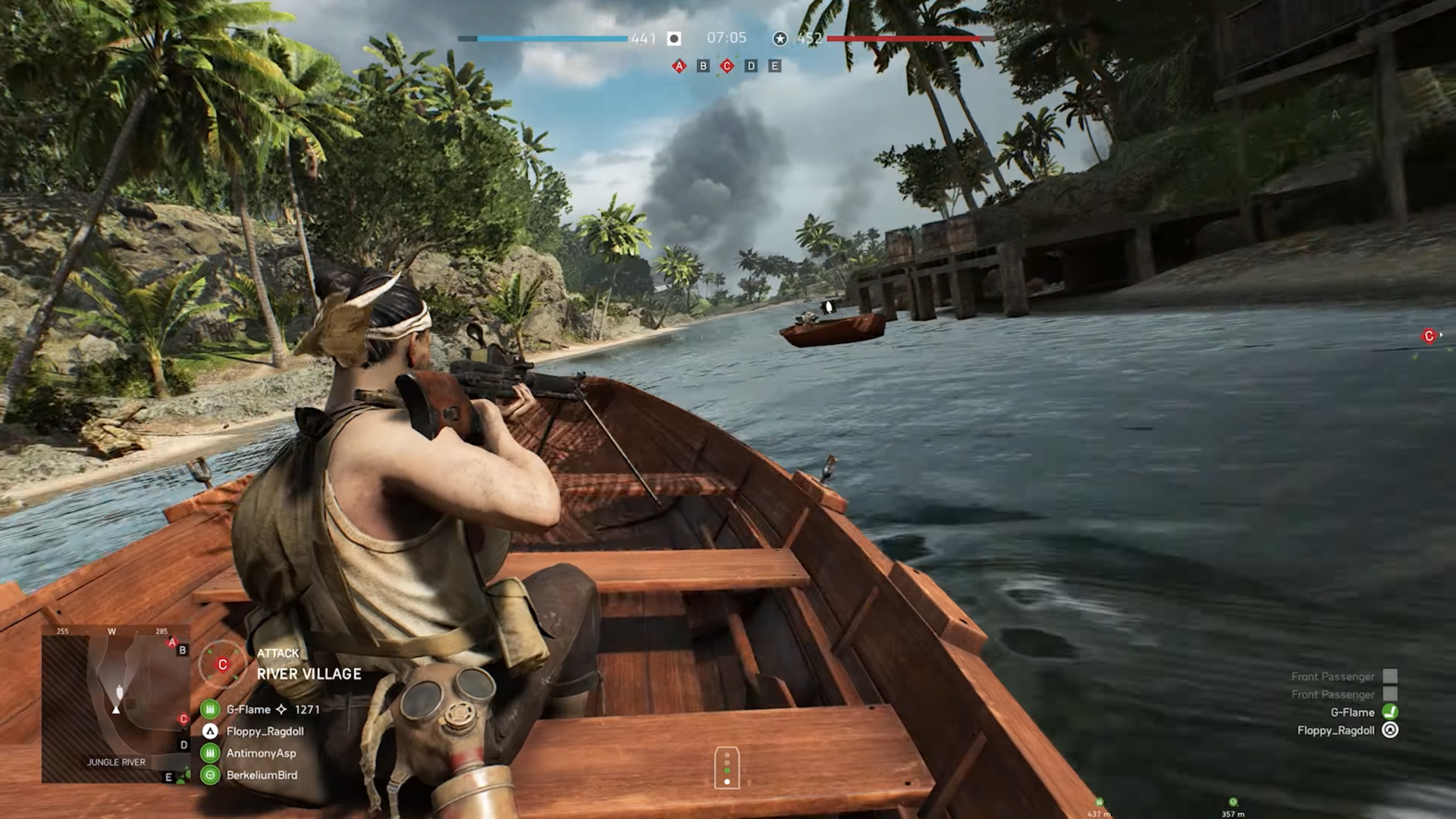 Chapter 6: Into the Jungle releases February 6

This morning, DICE lifted the lid on Chapter 6: Into the Jungle, a Pacific-themed content update for Battlefield V that’s set to release on February 6, 2020. I feel muggy just watching the trailer.

The new map for Chapter 6, Solomon Islands, could be a ton of fun or a total slog depending on well your team adapts to dense jungle warfare. No one likes to be picked off from a hiding spot. “Defenders can stay hidden and use the terrain to hold the line,” according to the developers, “but attackers will have several options: flanking, sending in infantry, or utilizing landing boats for a frontal assault.”

More to the point, this map was designed by the team behind Locker and Argonne Forest. As community manager Adam Freeman put it, players can “expect a bit of a grind in certain parts.”

If you stick around for more than a cursory playthrough of the Chapter 6 content, you’ll be able to unlock a few new weapons – the Type 11 LMG (Support), the Model 37 shotgun (Support), and the M2 Carbine (Assault) – as well as a pair of tank-tearing gadgets: the Lunge Mine and the M1A1 Bazooka.

Three Elite character avatars – the machete-wielding Misaki Yamashiro, the Zero pilot Akira Sakamoto, and the Tom Cruise-looking Steve Fisher – are also joining the war. Battlefield V players who grind all the way to Chapter Rank 40 before the deadline will earn the right to play as Yamashiro.

I see the potential of Solomon Islands, I really do, but the future of this game continues to feel up in the air. Battlefield fans who were deflated by recent time-to-kill (TTK) changes will need to wait until Update 6.2 to see how DICE is going to “address the learnings based on your feedback and game data.”

“Our 6.2 update is targeting a more expansive set of fixes and adjustments,” said Freeman, “so bear with us as we work through the issues that you’ve highlighted to us so far in 2020.”