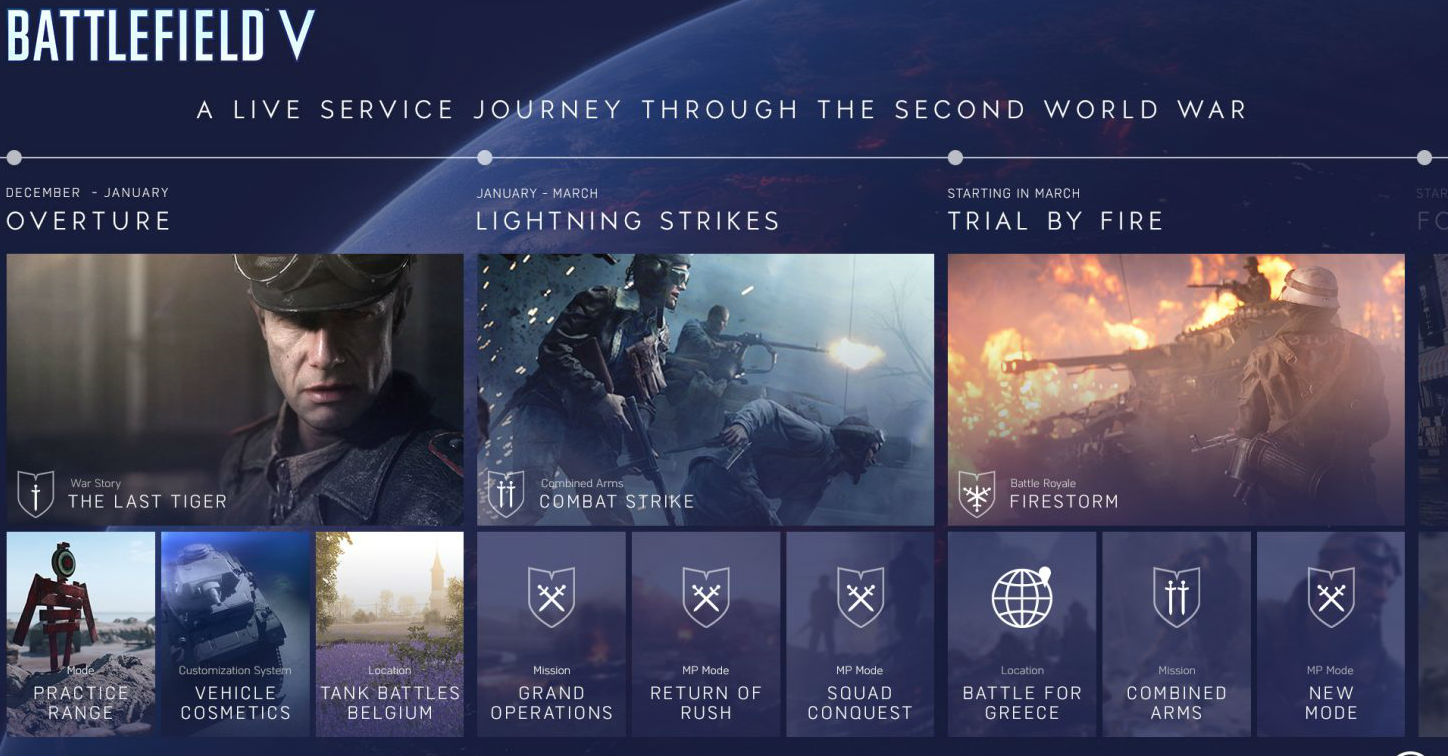 Well this is a kick in the head. Battlefield V, following a delay, is out on November 20 on PC, PS4 and Xbox One. Its battle royale mode won’t be available until March.

Based on the updated roadmap for BFV, we’re getting eight maps and eight modes at launch, as well as the “War Stories” single player component. Sometime in December or January “Overture” (more War Story content) hits, followed by “Lightning Strikes” (co-op) sometime in January through March. March, at the earliest, is when “Firestorm,” the aforementioned battle royale mode, will hit (we knew it would be a free update post-launch but not four months later). Other smaller sprinkles of updates include a practice range, vehicle cosmetics, missions, modes and locations.

While Battlefield V can most definitely stand on its own, Firestorm was expected to directly compete with Call of Duty: Black Ops 4‘s Blackout mode. Now Activision will have the upper hand, welcoming a fanbase into their ecosystem five months in advance: during the holidays, no less.